Major League Soccer is still a few weeks away from invading Florida’s Walt Disney World and its ESPN Wide World of Sports Complex, but it appears some of that legendary Disney magic has already rubbed off as the North American soccer circuit attempts to reboot its season.

The league held an online draw to determine the groupings for its “MLS is Back” World Cup-style tournament on Thursday and, as far as generating widespread interest, could hardly have asked for a better outcome.

It just might not be the family friendly fun that Walt envisioned when he opened the park in 1971. Instead, it will be the site of some of the most fiercely contested rivalries in MLS, headlined by Toronto FC and the Montreal Impact, drawn together in Group C of the round-robin phase. The New England Revolution and D.C. United round out that group.

Meanwhile, the Vancouver Whitecaps were paired with a fellow Pacific Northwest team in the shape of the MLS Cup defending-champion Seattle Sounders in Group B, alongside FC Dallas and the San Jose Earthquakes.

The top two teams in each of the six groups advance, along with the four best third-placed teams, and the points earned in the round-robin will carry over to the regular-season standing once the MLS season resumes at some point after the conclusion of the tournament on Aug. 11.

Vancouver head coach Marc Dos Santos admitted he always had a feeling that his team would be drawn alongside Seattle. As teams that contest the annual Cascadia Cup, along with the Portland Timbers, to determine the best team in the Pacific Northwest region of North America, both squads know all about each other. Pitting the two sides together at Disney World is just good for business, Dos Santos said, adding that the rivalry will help stoke interest in the sport and league.

“I was very confident that we would be drawn with them because it was something that needs to happen and it creates a good buzz inside the group,” he told TSN.

But the rivalries didn’t stop with the three Canadian teams. The two Los Angeles teams, the Galaxy and Los Angeles FC, were both placed in Group F, while the two Ohio-based teams, FC Cincinnati and the Columbus Crew, will headline Group E. The de facto host team, Orlando City FC, meanwhile, was drawn into the only six-team group (although each team will still only play three games) and will play a fellow Florida squad, expansion franchise Inter Miami CF, in the tournament’s opening game on July 8.

The rivalry with Montreal aside, Toronto head coach Greg Vanney says he’s just happy to get going after almost 17 weeks of coaching his team via Zoom calls. The MLS Cup-winning coach adds that while his team has been drawn into a tough group, there are still some things he likes about it.

The drawback with the conditions in Florida at this time of year is that to mitigate the effect of the heat on players, it was agreed that games would be played either side of the midday heat, meaning that some kickoffs will take place at 9 a.m. ET.

And while it will be all hands on deck for the club – TFC will be taking everyone "under contract with us,” Vanney said – those early starts will require special provisions.

“Those are game times that we’ve all dreaded across the league,” he said. “Everybody has tried to petition as much as possible to get away from those morning games. A 9 a.m. game for us ... means a 5:30 a.m. … pregame meal and meeting.”

It also means finishing up games around 11 a.m., a time when Vanney says the heat will be “blazing.”

One provision that will help coaches plan around this is the ability for teams to make up five substitutions per match, up from the usual three, with each team having a maximum of three opportunities to make those switches, not including the halftime interval. This was a FIFA proposal to help teams manage players more effectively with the possibility of fixture congestion as various leagues around the world try to complete their championships after widespread shutdowns as a result of the COVID-19 pandemic.

But Vanney is also looking for any advantage in that provision as way to help his team’s drive for another championship later in the year, too, by being able to blood some of the younger, inexperienced talent on his roster. And rest older legs in the process.

“My hope is with the five substitutions that I can utilize the tournament to use a number of players while we're also trying to obviously pick up points and play for the championship,” he said.

For the Whitecaps, Dos Santos is excited at the prospect of measuring his team against the MLS defending champions. Vancouver hasn’t beaten Seattle in a competitive game in more than three years, a span of eight games without a win over its rival that includes a closely contested two-legged playoff series defeat in 2017.

“In a competition like that, you want to play the best,” he told TSN. “They’re the MLS Cup champions for a reason, they won two Cups in the last three seasons, [have] done well in the last couple of years and you want to play against opponents like that. We’re happy to have fallen into that group.” 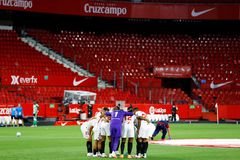 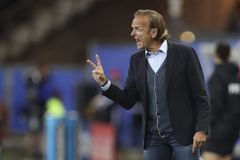 A berth in the Champions League is the icing on the MLS cake
June 10, 2020 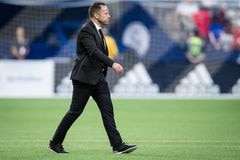