It’s fitting that the Montreal Canadiens will probably have to fly through extreme weather conditions just to make it to Tampa Bay for Game 5 of the Stanley Cup final on Wednesday.

Add Hurricane Elsa, which could bring gusts of up to 115 kilometres an hour to western Florida this week, to the long list of obstacles that is making the Habs’ seemingly never-ending Cup run one to remember. The lowest-ranked team to make the playoffs has now bounced back from a midseason coaching change, recovered from several bouts of COVID-19 among players and staff, and survived a brush with elimination against the NHL’s defending champions, all to remain in contention for hockey’s greatest prize.

Josh Anderson’s overtime goal on Monday, his second of the game, sent the Bell Centre into a frenzy and breathed life into a city that had started losing hope that its team was cut out to compete against the Lightning at all. The Habs’ 3-2 win extended their season by at least two days and loosened the Bolts’ stranglehold on the best-of-seven series, which they now lead 3-1.

“It’s been crazy, but we’re a crazy bunch of guys in here,” said interim head coach Dominique Ducharme, who himself had to miss six playoff games, including Games 1 and 2 of the final, while in isolation after contracting COVID-19 last month.

“I think anything that happens right now and for a while we just take it and look at it and say, ‘It’s probably part of our destiny.’ ”

Destiny is a good thing to have on one’s side when hurtling towards a hurricane and possible elimination at Amalie Arena, the Bolts’ home rink. Still, Ducharme’s belief in destiny must not be mistaken for complacency. On Monday, he iced a radically different lineup than in Games 1 through 3, in which the Canadiens were outscored 14-5. He inserted centre Jake Evans into the lineup in place of 21-year-old centre Jesperi Kotkaniemi. He also swapped out defencemen Jon Merrill and Erik Gustafsson for Brett Kulak and rookie Alexander Romanov, who scored the Habs’ second goal on a snap shot from the point. The head coach said there is a good chance he will stick with the same lineup in Game 5.

A Canadiens win in Tampa would force a sixth game in Montreal on Friday. A Habs win in Game 6 would bring both teams back to Tampa for a seventh game on Sunday. History suggests that the Canadiens’ odds of winning the series are slim – only the 1942 Toronto Maple Leafs have ever come back from a 3-0 deficit in the final to win the Cup.

Canadiens right winger Corey Perry said that, while the challenge of winning three games in a row appears daunting, his message to his teammates is to be prepared to work one game at a time, and not to forget to enjoy the moment.

“This is fun, to do it here in Montreal, to have the city behind us … this is what you dream of as a kid,” he said.

Perry knows how unpredictable the playoffs can be. The NHL veteran of 16 years was a member of the Dallas Stars when they lost to the Lightning in last summer’s Stanley Cup final. The Stars, too, had been down 3-1, until Perry scored in double overtime in Game 5 to keep the series alive. Two days later, the Lightning shut out Perry’s Stars 2-0 in Game 6 to win the Cup.

“You look at the playoffs as a whole, there’s ups and downs and peaks and valleys,” Perry said. “Be prepared to work … at the end of the day it’s just hockey.”

Like the Canadiens, the Lightning are not looking beyond Game 5; they hope that is the last game they have to play. A victory on Wednesday would make the Bolts the first team to win the Cup at home since the 2015 Chicago Blackhawks, who beat the Lightning in six games. Tampa head coach Jon Cooper said he has vivid memories of standing on the bench, watching the Blackhawks celebrate their victory for a few “excruciating” minutes.

“It’s the most disappointing moment in all of sport.”

Cooper said the combination of knowing what it’s like to win, and also to lose, on the highest stage has made his players even more hungry for victory on Wednesday.

“It’s as great a character group as I’ve coached at any level.”

Lightning defenceman Ryan McDonagh, who had an assist on his team’s first goal on Monday, agrees with his head coach that a distaste for defeat motivates his team to extinguish the flame of Le Bleu Blanc et Rouge as soon as possible.

“Sometimes you hate to lose more than you like to win,” he said. “That’s probably the identity of this group.”

For Montreal Canadiens fans, it’s all or nothing
Subscriber content
July 3, 2021 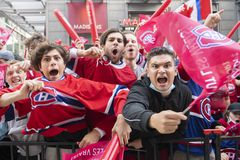 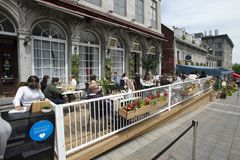