After leading Canada’s Olympic charge for seven years, Chris Overholt is now looking to help Toronto make its mark on the e-sports map.

Overholt, who stepped down as CEO of the Canadian Olympic Committee on Wednesday, has wasted little time resurfacing as president and CEO of OverActive Media which has acquired the rights to bring an Overwatch League franchise to Toronto.

Vancouver is also joining the league, with Canucks Sports & Entertainment chairman Francesco Aquilini at the helm.

“Overwatch,” a team-based first-person shooter with its own quirky style, has spawned a blue-chip e-sports league backed by big names and big money.

Other expansion franchises for 2019 are Washington, D.C., Paris, and Chengdu and Hangzhou, China. Atlanta and Guangzhou, China, joined the fold last month.

“We are thrilled to add eight new outstanding team owners from Europe, China, and North America to our Overwatch League ownership group. We now have 20 of the very best owners in professional sports.”

The Toronto group is headed by tech entrepreneur Sheldon Pollack, venture capitalist Adam Adamou and the Kimel family led by Michael Kimel as principal owner. Kimel is a co-founder of the Chase Hospitality Group and an investor in the Pittsburgh Penguins.

The original cost of a franchise was pegged at US$20 million with reports suggesting the next round would go for a minimum of $35 million.

The London Spitfire won the inaugural league championship — and $1 million — in July, defeating Philadelphia 3-0 at a soldout Barclays Center in Brooklyn, N.Y. Philadelphia collected $400,000 as runner-up.

The “Grand Finals” were streamed worldwide via Twitch, in China on ZhanQi TV, NetEase CC, and Panda TV, and broadcast to U.S. audiences on ESPN, ESPN2, ESPN3, and Disney XD, along with a highlights show the next day on ABC.

The estimated global average minute audience across both days was 861,205.

The league is the brainchild of Overwatch developer Blizzard Entertainment, whose gaming portfolio also includes “World of Warcraft” and “StarCraft.” Blizzard says Overwatch is the fastest of its titles to reach more than 30 million players.

“The Overwatch League has visionary leadership, strong franchises, and connects with millions of players globally,” Aquilini said in a statement. “We’re pleased to have the opportunity to expand into e-sports and we can’t wait to launch the team in Vancouver, which will also represent fans across the Pacific Northwest, including Seattle and Portland.”

Overwatch franchise owners clearly see the league as a chance to get in what is close to on the ground floor of a burgeoning field. Citing a Goldman Sachs report, the Toronto group says e-sports are on track to reach nearly 300 million viewers globally by 2022.

“As a space in sports and entertainment, it really is exploding,” Overholt said in an interview. “I don’t know whether we’ve seen anything like it ever before.”

The league plans to continue staging its games at Blizzard’s e-sports arena in Burbank, Calif., in 2019 with plans to stage games in the franchise cities in 2020. Overholt says his group is already looking at possible local venues.

There is a lot to do in not much time.

“Nobody understands that better than me right now,” he said with a laugh.

Free agency in the league opens this weekend.

“We think we’re fine and we’re going to be well-positioned to wade right into the free agent market and see what we can put together,” said Overholt. “But we feel good about not only putting a team together, (but) putting a competitive team together right out of the gate.”

Under Overwatch League rules, teams sign players to one-year guaranteed contracts with a one-year option. The minimum annual salary is $50,000 — the CFL minimum is C$54,000 — with health insurance, a retirement savings plan, and housing/practice facilities also provided during the season.

OverActive Media Group used to be The Ledger Group, rebranding in April to “to reflect its focus on the ownership of e-sports platforms.”

The company has already invested in Splyce Inc., a professional e-sports team involved in “League of Legends,” “Call of Duty” and “Halo” leagues. It also has interests in Askott Entertainment Inc., a leading e-sports gaming company, and Enthusiast Gaming Inc., an e-sports media company.

Overholt worked for London Life Insurance before joining Maple Leaf Sports & Entertainment in 1996 as the Raptors’ director of corporate marketing before being promoted to vice-president, sales and service, looking after both the Raptors and Maple Leafs. He went on to join the NHL’s Florida Panthers as chief marketing officer and executive vice-president of business operations and the NFL’s Miami Dolphins as vice-president of corporate partnerships and broadcasting.

MLSE has already got into the e-sports space via Raptors Uprising GC, a member of the NBA 2K League. It also has a FIFA soccer gamer representing Toronto FC. The Montreal Impact and Vancouver Whitecaps also have soccer gamers.

The NHL is the next league expected to get into the e-sports field.

Toronto and Vancouver have already both staged successful gaming events.

Scotiabank Arena hosted the North American “League of Legends” championship in 2016, with the two-day event selling out in under a minute.

Vancouver’s Rogers Arena recently hosted the International Dota 2 Championships with more than $25 million up for grabs. 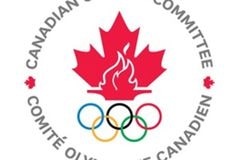