Riley Cote is a retired NHL enforcer who has a new mission, preaching the gospel of medicinal marijuana, and the greatest sign of society’s changing attitude toward the substance might be that hockey is listening to him.

The frustration for Cote is that at least publicly that is all the hockey community is doing right now, at least as far as the official organizations go. He is still fighting the perception medicinal marijuana is just a euphemism for the recreational form, rather than an effective treatment for medical issues, such as anxiety, sleep disorders, chronic pain and inflammation.

The other problem is that the drugs often prescribed by conventional doctors to manage these problems, often barbiturates and opioids, can be a lot more dangerous than medicinal cannabis.

“Most of these guys have been brainwashed into thinking cannabis is marijuana and marijuana is just smoking joints,” Riley said earlier this week when he was in Toronto to speak to a group of NHL alumni along with representatives of three cannabis companies. “I consume cannabis every day but in small amounts. I’m not smoking Cheech-and-Chong style all day.”

Cote, 36, says he uses cannabis tinctures and oils to treat problems common to the men who made their living as NHL fighters: anxiety, inflammation and lack of sleep. There are many tragic stories about hockey fighters who fell victim to substance abuse and mental illness because of the nature of their work, which resulted in repeated concussions for most of them. Cote says he was not immune to those things but cannabis, which he was introduced to recreationally at the age of 15, helped him avoid becoming one of those stories.

“When the nine-to-fiver has done their job, they can go home or to the happy hour to unwind,” Cote said. “It’s different when you’re wrapping up a game at 10 at night. I ramped myself up to fight, probably fought that night, swollen hands, swollen face, maybe bumped my knee.

“Then I’ve got to go home and find a way to sleep and wake up in the morning for a 10:30 practice. That’s why athletes seem to find ways to self-medicate more than traditional nine-to-fivers.”

Cote helped form the group Athletes For Care, a non-profit organization dedicated to improving the lives of athletes through alternative medicine and better health care. As a spokesman for both this group and his own cannabis business, Cote has talked to the NHL Alumni Association and the Canadian Hockey League, which oversees the best 16- to 20-year-old players in the country.

While eyebrows might be raised at the notion of spreading the cannabis gospel to teenage hockey players, Cote says the medicinal benefits of cannabis cannot be denied and it is better to educate young people than to let them experiment on their own.

With marijuana on the verge of legalization in Canada next month, and the discussion of its medicinal value growing, CHL president Dave Branch says his organization has a duty to explore the issue. While marijuana remains on the list of banned substances and CHL players are part of a partnership with Health Canada that encourages young people to make healthy choices about cannabis, Branch said he and his fellow CHL officials want to know more about the medicinal benefits.

“There’s a lot of things that are going to come at us in society with the legalization next month,” Branch said. “We’ll have to be in position to make informed decisions. Like most banned substances, if there is a medicinal purpose and a young player in our league is prescribed marijuana, then we have what we call a therapeutic exemption for that individual.

“We’re going through some education here and we feel it is important with the young people we have in our ranks to provide as much education as possible.”

NHL Alumni Association executive director Glenn Healy has spoken to Cote about former players participating in a health study concerning chronic pain and other symptoms. The association has also been approached by just about every cannabis company in existence about a business association.

While the association is interested enough in the issue to be working with several neurologists who are studying the medicinal benefits of cannabis, Healy said any official recommendations to the former players will not be made until “science tells me this is effective.”

But there is a growing number of former players who say they are seeing long-sought relief from debilitating illnesses and symptoms. Steve Ludzik is a former NHL player and coach who was diagnosed with Parkinson’s Disease 18 years ago when he was 39. Ludzik says he was always opposed to drug use and this made him resist trying medicinal cannabis to treat his symptoms, the worst being the inability to sleep – until three years ago. He wishes he had not waited so long.

“I was the most negative person about it,” Ludzik said. “I should have taken it five years ago and I wouldn’t do it. Then I finally tried it. 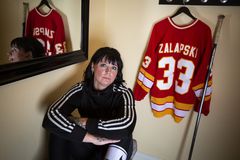 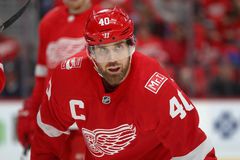 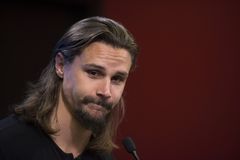