Rugby has long had a reputation as one of the world’s toughest sports and players regularly collide at top speed without helmets, pads or any real protection.

But now the sport is facing a reckoning over allegations that head injuries have become so severe that some former players in their early 40s have developed signs of dementia and chronic traumatic encephalopathy, or CTE. One retiree, former England hooker Steve Thompson, said he’s had so many concussions that he can’t remember winning the World Cup in 2003. “I couldn’t tell you what the changing rooms were like. I can’t remember being there,” Thompson, 42, recently told reporters.

On Thursday, Thompson and eight other former players filed a letter of claim against England’s Rugby Football Union, the Welsh Rugby Union and World Rugby alleging the governing bodies had failed in their duty to protect players. The letter is the first step toward a class-action lawsuit in Britain and if successful, the case could force changes to the game and lead to financial compensation for thousands of former players.

“We know that senior figures in the game have been discussing the issue of head injuries since the 1970s, and yet here we are, more than 40 years later, with so many players, and at such an early stage in their lives, finding themselves in this awful position,” said Richard Boardman, a London lawyer who is representing the players. “I sincerely hope that World Rugby, RFU and WRU will now face up to their responsibilities.”

Boardman said while the claim has been filed on behalf of nine former players, he has been contacted by 130 others who have expressed an interest in joining the legal action. All of the players involved in the case are men, but Boardman said female players could be added to the claim as well.

In a statement, the RFU, WRU and World Rugby said they were considering the claim and would respond to the allegations. They added that the game had gone through numerous changes in recent years to improve player safety. “The care and focus on concussion education, recognition and management for players is the best that it has ever been, and we will continue to use evidence and research to keep improving,” the statement said.

Despite a crackdown on illegal tackles and a flurry of protocols on head injuries, concussions remain the most common type of injury in men’s and women’s rugby. According to the most recent statistics from the RFU, concussions accounted for 20 per cent of all game injuries in the top-flight men’s division during the 2017-18 season and 16 per cent of players sustained at least one match concussion.

Adam Hughes, who played on the Welsh under-20 national team, quit the sport two years ago at the age of 28 after sustaining a bad concussion. “I had about eight complete knockouts in my career, the worst one was during a preseason game in 2016 where it took me six months to recover,” Hughes said Thursday after announcing he had joined the claimants. “It was often treated like a weakness if you don’t dust yourself down and carry on.” Doctors have told Hughes, who played at the top level for eight years, that he is on the same medical trajectory as other players who have early onset dementia.

Another former player, 44-year-old Neil Spence, said he has been living with sub-concussive symptoms for more than eight years. “If I am frank about it, I’ve lost count of the number of concussions and head injuries I have had through my career,” said Spence, who played on England’s under-21 team and has also joined the claim. “In fact, I used to judge how well I had played based on how fuzzy-headed I felt at the end of a game. I have been told by people that when I played, I’d put my head where some people wouldn’t even put their feet on a daily basis. Total madness.”

Rugby is the latest sport to face allegations from former players about concussions. The NHL settled a similar claim in 2018 involving more than 300 players. The NHL did not admit fault but agreed to pay up to US$18.9-million to the players to end the litigation. The NFL settled a case in 2013 involving head injuries and has paid out more than US$800-million to around 20,000 former players.

Professional soccer has also come under scrutiny over an increasing number of player collisions and concerns that heading the ball can cause brain damage. On Thursday, the Premier League joined soccer governing bodies across Europe in a trial involving “concussion substitutes.” Starting next month, the league will give teams an extra two substitutions a game, which can be used if a player sustains a head injury. To ensure the rule isn’t abused, the league said the opposition team will be allowed to make a change at the same time.

“What everyone is trying to do here is reduce the risk of secondary impact, and you can only really do that by taking someone off the pitch permanently,” said Mark Bullingham, chief executive of England’s Football Association, which also endorsed the change. 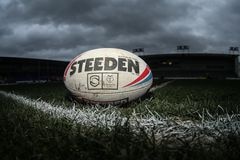 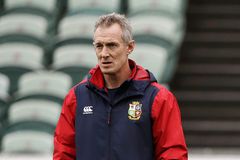