She underwent seven knee surgeries during her distinguished skiing career. But a brain injury sustained in an October, 2016, auto accident took the greatest toll on the first Canadian to win an Olympic gold medal in downhill skiing.

“I continue to be on the road to recovery, with the knowledge that I’m not sure where the road ends,” Lee-Gartner, who was rear-ended in the family pickup truck in California, said in an interview.

“The older you get, the more unlikely it is that you fully recover. I’m living my life and working and playing and dealing with the symptoms that I end up each day as they come, primarily. So I’m doing pretty well.”

Looking to help others, the 51-year-old Lee-Gartner has agreed to donate her brain after death to the Canadian Concussion Centre to advance research on the effects of concussion in women.

She has been joined by former Olympic hockey champion Cassie Campbell-Pascall, Olympic bronze medallist rugby sevens star Jen Kish and hockey pioneer Fran Rider. They are believed to be the first female Canadian athletes to publicly pledge their brains to a Canadian research centre.

“The CCC has learned a great deal from examining the brains of 44 professional athletes to date, however all of the donors were male,” says Dr. Charles Tator, director of the Canadian Concussion Centre. “It is important to include women as part of this research.”

All four athletes are retired from their respective sports.

“The Canadian Concussion Centre is honoured to receive the commitment of brain donations from these legendary Canadian athletes and I applaud them for their decision,” Tator said in a statement. “Research is showing that concussions affect women differently than they do men, and our ability to analyse the changes that can occur in women’s brains as a result of concussions will help us better understand and treat these injuries.”

Lee-Gartner, who won gold at the 1992 Games in Albertville, said she and her companions in the truck were at a complete stop when a car behind them hit them without braking.

“His car was totalled. Our truck protected us to a certain degree. But all of us were banged up from that. But at the time I was, I thought, the best off in the vehicle.”

She returned home to Calgary and had treatment on a very sore neck. But that was only the start.

“Day by day ... I realized something was so not right,” she said.

Her eyes weren’t tracking correctly. Her vestibular system, which helps co-ordinate balance, was a mess. She was bothered by sun and noise and suffered from anxiety.

“And I’ve never been an anxious person. I was a downhiller, I didn’t have a lot of anxiety at all.”

She retreated indoors, “hiding inside.”

“I probably got worse before I got better,” she added. “It was a couple of months of getting worse before I started healing. And that was scary, that was a really scary time. We didn’t know what was happening.”

She had golfed prior to the accident and, last summer, her husband encouraged her to pick up the clubs again. It was a safe environment among friends.

It was a victory just taking part but Lee-Gartner went on to win the Calgary Ladies Golf Association’s Senior Amateur with a two-day scored of 148.

This year, Gartner served as a TV analyst during the Pyeongchang Olympics.

She credits her Calgary doctor for helping her progress and says she is “at least managing” her concussion symptoms.

Lee-Gartner says she was only ever diagnosed with a concussion once — as a young girl — during her ski career. But she is convinced she suffered more.

“I look back at the falls and I see the falls on video, there is no question I hurt my brain in those falls.”

The Canadian Concussion Centre, based out of the Krembil Neuroscience Centre at Toronto Western Hospital, is tasked with examining the possible correlation between repeated concussions and late deterioration of brain function.

The 44-year-old Campbell-Pascall is the only Canadian captain, male or female, to lead a hockey team to two Olympic gold medals.

The 66-year-old Rider is a women’s hockey pioneer who is president of the Ontario Women’s Hockey Association.

The CCC hosts its 6th Annual Concussion Symposium this weekend.

Retired Canadian hockey star Hayley Wickenheiser announced in February that she — along will American bobsledder Elana Meyers Taylor and Hockey Hall of Famer Angela Ruggiero — will donate her brain after death to the Boston-based Concussion Legacy Foundation. 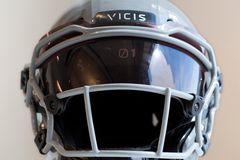 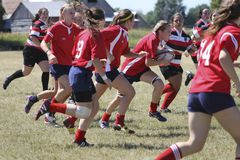 Opinion
Rowan’s law: How a teenager’s concussion-related death will help save lives
March 10, 2018 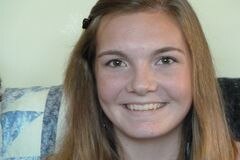