The Cleveland Indians were spinning their wheels in early June, just two games above .500 yet still leading the lacklustre American League Central by 2 1/2 games.

Fast forward three months and Cleveland has roared ahead, having won 49 of its next 81 games.

The Indians arrived in Toronto on Thursday night to begin a four-game set against the Blue Jays at Rogers Centre, with their lead in the Central up to 16 games.

That is the biggest gap between first and second-placed teams in the majors. It helps when all the other teams in your division are sub-.500.

Cleveland manager Terry Francona could point to a 3.32 team pitching earned-run average over the second half of the season, the second lowest in the AL, as one reason for Cleveland’s surge. Or the fact that the Indians have allowed three or fewer runs in 25 games, during which they were 22-3, in 44 second-half games.

Francona does not choose to dive down any of those rabbit holes, and said it just took his team time to warm up.

“You play team baseball,” Francona said. “You move runners, you get bunts down, things like that. We’ve always played better in the second half since I’ve been here.

“If I had my druthers it be the whole year. But if you had to pick something I’d rather guys, once they catch their footing, hold it.”

Cleveland (80-60) beat Toronto (63-77) 9-4 on Thursday, thanks primarily to the big bat of leadoff hitter Francisco Lindor, who went 4-for-5. A three-run home run by Jason Kipnis in the top of the ninth salted the game away for Cleveland.

You can tell the Blue Jays are well out of any playoff race: their starting lineup had four rookies.

After Toronto scored four in the bottom of the fourth to gain a 4-2 foothold, Lindor got busy again. His broken-bat single into shallow left brought home the final two runs of a three-run fifth that restored the Indians lead at 5-4.

Rowdy Tellez, who made his major-league start at first base for the Blue Jays, continued to make a strong first impression.

After doubling in a pinch-hitting role in his first at-bat against Tampa Bay on Wednesday, Tellez did the same in his first two at-bats against Cleveland. Tellez became the first player in baseball’s modern age to have an extra-base hit in each of his first three major-league plate appearances.

After flying out in the sixth, Tellez knocked his third double of the game in the eighth.

With their big lead in the Central, the Indians can enjoy a relatively relaxing month as they roll toward a third consecutive postseason appearance.

No reason, for example, to rush super closer Andrew Miller back into action. Miller missed large portions of the season with three trips to the disabled list.

Miller threw in the bullpen before Thursday’s game and Francona was told “the ball came out hot”, meaning the lefty is close to having recovered from an external impingement to his left shoulder.

Then of course there is the ongoing rehab of Josh Donaldson, the one-time Blue Jays star who was dealt to the Indians a week ago.

The third baseman is continuing his rehab assignment in the minor leagues. On Wednesday he hit another home run, this one for Double-A Akron, as he continues his recovery from a lingering strained calf muscle.

Donaldson, the most valuable player in the AL in 2015, could provide a big boost for Cleveland in the postseason.

Donaldson’s reputation speaks for itself and Francona said once he does join the big-league club he hopes the transition will be smooth.

Some egos will have to be stroked as Jose Ramirez, who has belted 37 home runs while manning third for the Indians, will be asked to move over to second to make room for Donaldson. And second baseman Jason Kipnis will be shunted out to play centre.

“But I think what he can bring outweighs any potential unsettling that you have at this time of year because he’s such an impact player,” Francona said about Donaldson’s pending arrival. 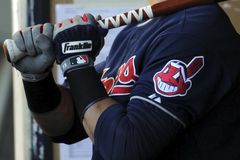 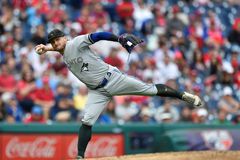 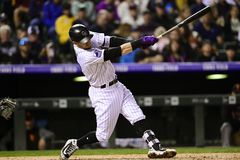