During a Zoom media session on Tuesday, someone asked New York Yankees pitcher Gerrit Cole if he’d ever cheated at baseball.

The right answer in this situation is, “I forgot to mention before that I don’t speak English.”

Instead, Cole attempted to bob and weave his way out of it. Let’s just say that if “uh” was a word, Cole would be Shakespeare.

At issue is the latest scandal rolling over Major League Baseball like a lazy tide. Garbage cans are très 2017. The hot, new thing is sticky stuff.

We are no longer just talking pine tar or suntan lotion rubbed into the ball. The new sticky stuff is lab designed. It is so gummy that a baseball coated in it will stick to an open, overturned palm.

The main purpose of the sticky stuff is to increase the ball’s spin rate as it comes out of a pitcher’s hand. The more the ball spins, the more it dips, flips and flops on its way to the plate. The more it does all those things, the harder it is to hit.

Pitchers have been doing this since biblical times, but of late they have grown more ambitious. The result has been an historic decline in offence. So far this season, the major-league batting average is .237 – the lowest ever. More than a quarter of all at-bats end in strikeouts.

It’s not that professional hitters are having trouble putting the ball in play. It’s that they can’t even manage to connect with it.

Cole is a primary target because former Blue Jay Josh Donaldson singled him out during an interview on the topic. Donaldson noted that once the sticky stuff started getting talked about, Cole’s spin rate went off a cliff. As a result, Cole – one of the best pitchers in the game – got knocked around like a pinata in his next start.

That prompted a reporter to ask Cole, point blank, “Have you ever used Spider Tack [one of the popular grip aids] while pitching?”

Cue the hilarity as Cole tried not to say “yes,” while also desperately avoiding the word “no,” for 70 excruciating seconds. Give him credit – he may have cheated, but he’s definitely not a liar.

Some people around the game have tried inciting popular outrage over the sticky stuff, but it’s impossible to do anything but shake your head.

With baseball, the cheating is never truly ugly or very smart. It’s just the right combo of stupid and amusing.

Steroids wasn’t the brightest idea. Highly effective, but not exactly brilliant in terms of long-term planning. Did they intend to get bigger and bigger until teams had to start extending the outfield fences into the parking lot?

The juiced ball was another one of those ‘where do you think this is gonna end up?’ ideas. Was the intention to turn the game into a home-run derby?

The juiced ball was the Roswell of baseball scandals – how can you trust the same authorities accused of authoring the cover-up to investigate it?

Say what you will about performance-enhancing drugs, but they were at least democratic. Hitters got most of the benefit, but pitchers were invited to that party, too.

The juiced ball tilted the balance of power in one direction only. Did people really think pitchers who were a year or two from free agency were just going to say, “Oh well. I guess I’m not getting that yacht after all?” How about the ones looking down the pipe at unemployment?

Those who feel cheated will cheat back. It’s human nature and it’s the baseball way. No other pro sport combines a history of cheating with so many different ways to cheat.

How do you cheat at basketball? You bribe the referee. That’s the end of the list. You can’t alter the ball. You can’t manipulate the equipment because everyone uses the same stuff. You can’t take drugs to make you taller.

Baseball isn’t intrinsically bad. It’s just too tempting to go over to take advantage of holes in the system.

The medium of exchange is the ball. Only one team can touch it at a time. That’s an opportunity.

The pitcher and catcher don’t speak. They communicate through hand signals. In a stadium filled with people and cameras. That’s an opportunity.

Each team supplies its own equipment. Some of it can be illegally altered to improve results. That’s an opportunity.

But baseball’s biggest opportunity enhancer is its own crooked history. It is strewn through with famous, infamous and roundly delightful stories of people who cut corners to win. Everything from the Black Sox scandal to Ty Cobb sharpening his spikes with a steel file.

There are two beloved versions of John McGraw – the genius who managed the New York Giants for 30 years and the so-so third baseman whose signature move was grabbing guys by the belt loops as they tried to run home.

Baseball is the sport of chancers, grifters and other unscrupulous types. This is why baseball movies are superior to all other sports movies – because the people who play this game are more flawed and their flaws more tolerated. That makes everyone more interesting.

Rule breaking is not tolerated in golf. There is no great golf movie. QED.

MLB reportedly plans to put its big foot down on users of the sticky stuff. Umpires will soon begin spot checks during games (shades of the scene in The Naked Gun where Leslie Nielsen pulls a power sander out of a pitcher’s pants).

Honour checks are a great idea. They add dramatic tension, and tilt the board back toward the hitters. That will allow the game within the game to turn off in some new, equally crooked direction.

“In the end, all that anyone really wants … is the best possible product and the most level playing field we can create,” said Cole’s boss, Yankees manager Aaron Boone, the other day.

No, we don’t. Neither do they. Nor does Boone. And I suspect, if you’re being honest with yourself, neither do you. 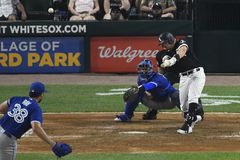 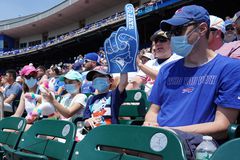 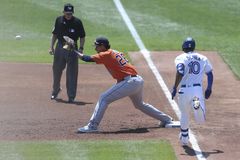