Finally, Donald Trump wandered into my sights over the weekend.

Me and the wine guy are the only columnists at this paper who haven’t had a chance to take a run at the U.S. President in the past couple of weeks.

But you knew it was a matter of time before Trump looped back to sports. This is a man who looks bored out of his mind in every Group of Seven class photo, but lights up like a billboard if the Washington Nationals’ back-up catcher throws him a smile. This shameless jock sniffing may be Trump’s only relatable habit.

So when someone offered him a chance to play Commissioner-in-Chief for the day, Trump was up for the duty.

What do you think was accomplished in a Saturday teleconference with the U.S. President and a dozen or so top sports executives? Because unless Gary Bettman has been slow-rolling that PhD in microbiology he’s been working on during the summer holidays, I’m not sure what useful thing any of them could say to each other.

Sports is no longer on a delay. Sports as we knew them are over. Major League Baseball, the NHL and NBA continue to talk as though this season might be salvaged. It won’t. Next season is looking doubtful. I’ve already come to terms with the idea that there won’t be a 2021 Tokyo Olympics.

Because the people who know – the PhDs and public-health experts – all say we are 18-months minimum from a COVID-19 vaccine. That means 18 months is also the minimum before large groups can gather in public again.

Let’s assume they decide to strip down the Olympics to essential attendees. That’s still thousands and thousands of people. If you were Japan, would you want a bunch of foreign randos piling into your biggest city for three weeks if you suspected even a few of them might be carriers? That isn’t a sporting event. It’s a petri dish.

Increasingly, 2022 looks like the earliest moment for a resumption of all normal activities. Sports was the first of those to shut down and will, in all likelihood, be the last to fully start up again. I would bet good money that the next Olympics will be in Beijing. And by that point, China may not be so hot on the idea, either.

But Trump does not do reality if it’s a bummer. His takeaway from Saturday’s sports summit was that football will be fine. He reportedly told those on the call that he expects the NFL season to begin as scheduled in September.

Basketball hates Trump and he hates basketball right back. He’s neither/nor on baseball. I’m not sure he knows exactly what hockey is.

But football is Trump’s America. Fly-bys and field-sized flags, the whole rigmarole. If football is okay, then everything else is as well. That’s the message here.

News update – football is no longer okay. Gavin Newsom, the Governor of California, was asked Saturday if he is on the the same kickoff schedule as the President.

"I'm not anticipating that happening in this state,” Newsom said.

That’s three teams (Chargers, Rams and 49ers) out. Seattle and the New York area are virus epicentres, so add the Jets, Giants and Seahawks to that list. All the live-free-or-die types – Cowboys, Titans, every single Floridian who doesn’t live in Miami – form the other camp.

With Trump egging them on, one can credibly imagine a scenario in which red-state NFL franchise owners are pushing to go ahead and blue-state politicians are pulling in the other direction. Maybe a proper schism is in the works. Wouldn’t it be very 21st century if America’s second Civil War started over football?

What is apparent is that big-time sports has two choices now – it can go dark for as long as this lasts; or it can radically change.

If September were a realistic target, they’d opt for a full closure. Nobody wants to look grasping in the midst of a catastrophe. Bad for the brand.

But as it becomes daily clearer that this will not end for a long time, there is a growing move toward reinvention.

The whackiest idea yet proposed comes from the NBA. According to ESPN, the league is considering a H-O-R-S-E tournament with its biggest stars.

H-O-R-S-E is to NBA basketball what parallel parking is to the Indy 500. Same basic equipment, very different skill level and viewing experience.

It’s a dumb idea, but it is doable. Doable matters more right now.

Every top, top basketball pro has a court in his house. The LeBron Jameses and Steph Currys of the world can get their butler to film them doing trickshots on an iPhone.

People are so starved for normalcy, this Battle of the Network Stars reboot might outdraw the real thing.

This is our immediate sports future – gimmickry and razzle-dazzle.

With its vibrant star system and onus on individual talent, the NBA is well-situated to take advantage of that new landscape.

But what are hockey and baseball going to do? I may be convinced to watch James Harden taking over-the-shoulder, blindfold shots from half-court, but I’m not watching Nathan MacKinnon breaking plates with his wrist shot. Well, not more than four times.

Football is worst off of all. Someone has to catch the throw or get knocked out by the tackle. There is no such thing as a solo football player. What’s their big idea beyond, “Pretend nothing’s changed”?

In short order, every top athlete in the world is going to be asked to become a sort of stand-up comedian. Writing bits they perform in their rumpus rooms. The other option is doing nothing for free and losing a couple of years in the middle of your career.

Two weeks ago, the question for sports was, “When do they return?” Today, it’s “How quickly can they change?”

The winners of this competition will be the ones who are not only open to reinventing themselves, but capable of reimagining what it is they do for a living. 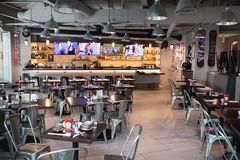 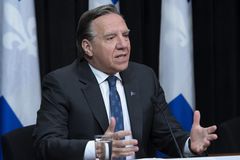 Applications for emergency cash payments accepted as of Monday
April 5, 2020 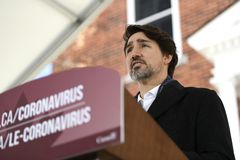