At the outset of the NBA Finals, Draymond Green was explaining why he is the best defender. Not in the league currently. But in the world and of all time.

“If you don’t have the mindset that you’re the best ever, you failed already,” Green said.

He was about to go mano e (extremely large) mano with Kawhi Leonard, the best two-way player there is. For regular people, this is not an optimal approach in terms of public goal-setting.

“If you don’t have the mindset that you are the best reporter ever, then you already failed,” Green said.

A bunch of reporters turned to look at one another. Better than Jimmy Breslin? He did the Kennedy funeral procession from a graveyard. None of us ever covered a Super Bowl from a graveyard. Failures, each and every one.

“I’m not the best reporter at this table,” one guy said afterward and everyone laughed. We decided to wait until we got home to cry, so Draymond wouldn’t see us do it.

If sportswriters wrote self-help books, the title of mine is Be Like Draymond.

(Also, if sportswriters wrote self-help books, climate change would be less of a problem, because a lot of people would die after that sort of life coaching.)

Green isn’t a basketball player. He’s a goal. He’s the guy you’d like to be, but can’t. Mostly because you are so small and afraid. Like a vole. Or a water rat. Or some other sort of animal that can’t wear plaid with stripes and get away with it, which Green does and can.

Like a lot of guys in the Toronto-Golden State series, Green spent his formative period being underrated.

He was a four-year college player, a rarity for a modern star. He wasn’t drafted until the second round. Physically, he’s a ‘tweener – not big enough for a big (6 foot 7); not small enough to play guard. He doesn’t fit in a formal system.

But in the midst of the Warriors’ positionless, all-action approach, he does. He may actually be the best defensive player in the league. The fact that he will say it out loud is what makes him special.

Green does a lot of things differently. For instance, Friday’s off day. Generally speaking, stars do not like to talk on their free days. It’s a time suck and it’s annoying. But during the playoffs, the NBA demands it. Green did solo duty for his side.

He started five minutes before his appointed time. As far as I know, that makes him the first professional athlete in history who has ever been early for anything. In this business, 45 minutes late on an off day is considered early.

Green doesn’t switch on the autopilot and begin droning. He thinks about what he’s saying. He tries to be illustrative. He doesn’t, as best you can determine, tell convenient lies. The man is a TED Talk that can also rebound. Someone asked him about Pascal Siakam – another underrated guy made good – and Green gave a Montaignesque disquisition on the nature of respect. There is one level for people who are supposed to make it and do; and a second, higher one for those who aren’t and do anyway. That isn’t just an answer to a question. It’s moral philosophy.

He talked about accountability, greed and the essence of success – “People want to see you get to the top and then they want to see you fail. That’s just kind of the mind of most human beings.”

After jawing with him in the postgame, Green talked about Drake in terms so nuanced that no one will be happy. Everybody wants a fight. Green gave them an explainer about how life works in the real world.

“So many people are complaining about it, like, ‘You don’t let any other fan do that’. Yeah, any other fan is not Drake,” Green said. “He worked his ass off to be who he is. I think we all know that when you do that, you get more leash than others. There’s so much talk that the NBA needs to [step in]. No, they don’t. He worked to be who he is. He should get more leash.”

How depressingly reasonable. Doesn’t Green understand how the media works? Or maybe that’s the problem.

I’d still bet good money that at some point in the next two weeks, Green takes a poke at Drake.

He just called it without saying the words – because he is also one of those people who gets more leash than the rest of us. Maybe more than anyone else.

Aside from being the most fascinating talker in the NBA, Green is also its Richard Nixon – a dirty trickster and occasional cheater. He is especially notorious for his spontaneous leg bursts, often directly into the crotch of some opponent who is annoying him. Draymond Green, sport’s only low-blow specialist.

At this level, that’s the same thing as saying Green is a winner. If you think they make all this money to play the game the Right Way™ and lose with dignity, you’re not paying attention.

Now that a Toronto team is finally climbing around in the thin air of a major championship series, it’s struck you that great teams have several things in common. Talent, obviously. Experience. Charisma also features. Great teams are never boring teams.

(It’s an idea the Toronto Maple Leafs might seriously want to consider.)

If you have a bunch of drips on the roster, you do not – by definition – have the potential for greatness. Though talented, the Raptors’ roster used to be so drippy they were more in need of plumbing than coaching.

Starting with monkish genius Kawhi Leonard, the new Raptors are a hotbed of good stories. Narrative building is still a work in progress. Pulling a decent quote out of Siakam after his career-defining night in Game 1 was torture. But he’ll get there.

Golden State is the golden standard in this regard. It is the most interesting team in North America. The team takes that duty seriously. The players work at these pressers and their public comments. They invest in communication. No one more so than Green.

Being able to think on his feet and being willing to share that thinking may not seem like much, but it is some magical propellant toward success. He’s the living proof. 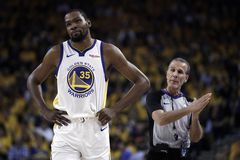 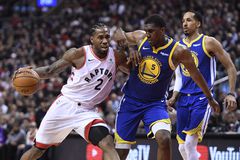 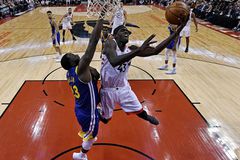