This promised to be a weekend to remember in a country whose national obsession has become a rite of spring. The first round of the NHL playoffs would have just begun in five Canadian cities. In bars and restaurants everywhere, prodigious amounts of beer and food would have been consumed by fans seated elbow to elbow.

Instead, hospitality businesses in Calgary, Edmonton, Toronto, Winnipeg and Vancouver will be closed, or at best, open for takeout only. The void left in communities is another toll exacted by the COVID-19 pandemic.

A month ago, the Flames, Oilers and Maple Leafs were shoe-ins for the postseason. The Jets held a wildcard spot. The Canucks were just a hair’s breadth behind.

Then games ceased as the novel coronavirus spread. There is little in the way of sports to celebrate other than a new hockey quiz show hosted by P.K. Subban and an NBA game of H-O-R-S-E. The Masters, another rite of spring, won’t be played this weekend.

At a time when one joyful night should follow another, there is shared gloom.

In anticipation of a first-round series between the Oilers and the Flames, Jerry Rota upsized the flat-screen television monitors inside the Central Social Hall in Edmonton. He has been in the bar business for a quarter of a century and believed the postseason sparring between rivals would deliver the biggest windfall in hockey business he had seen.

“Our ultimate dream as bar owners in Edmonton was a matchup between the Oilers and Flames,” Rota says. “I thought we were going to slaughter it.”

Instead, he and his co-owner have temporarily laid off 240 of 250 employees from two establishments, including the sprawling social house less than a kilometre from the Oilers home rink.

At the Mercer Tavern, a slap shot from Rogers Place, Devin Pope and Bryan Schmidt have furloughed all 60 workers. Only weeks earlier, they beefed up staff as they imagined Connor McDavid and Leon Draisaitl on a long playoff run.

“Times have been tough financially in Edmonton for the last few years and the team hadn’t been very good,” Pope says. “Suddenly, there was a lot of life and encouragement in the city surrounding the Oilers."

That was before March 12, the day the NHL joined the NBA, Major League Baseball and Major League Soccer in putting the season on ice.

“I feel bad for Edmonton’s businesses and fans and for the players who had been doing so well,” Pope says. “Now, the restaurant industry is in a major crisis. It is very sad. We expected this to be a good time in our lives.”

There were 189 regular-season games remaining when hockey was interrupted in an attempt to help control the contagious respiratory illness. Despite measures such as physical distancing and isolation, more than 21,000 Canadians have become sick with COVID-19 and more than 500 have died.

In the United States, the numbers are more chilling: there have been nearly 18,000 fatalities and nearly a half-million people are ill.

There is little hope professional sports will resume any time soon. It is far more likely the NHL season simply won’t continue.

“We hope this is going to be resolved sooner than later, but I don’t see where that could happen,” says Chad Hubbs, the general manager of Pint Public Houses in Toronto and Vancouver. The latter is within a few minutes’ walk of the Canucks’ home ice at Rogers Arena, a popular meeting place before and after games.

At this point, Hubbs says more than 700 employees at five Pint Public Houses in Canada and one in the United States have been placed on furlough.

“Everybody was watching [the coronavirus] out of the corner of their eyes, but nobody saw this happening to the extent that it has,” says Dan Lussier, the chief executive officer of the Winnipeg-based Canad Inns. The chain operates hotels and eight Tavern United sports bars throughout the city.

All hourly wage-earners are temporarily laid off. “It was gut-wrenching,” Lussier says. “We are a company that prides itself on growth and success in the marketplace. We have had businesses close and people laid off like never before. We are in very tough shape.”

Only a few weeks ago, Lussier looked forward to fans filling rooms, wolfing down wings and quaffing beer.

The Blue Jays were on their way to winning a second successive World Series when Wayne Gretzky’s Toronto opened on Aug. 17, 1993 – six years before the Great One retired. A generation of sports fans have convened there for pregame and postgame meals, and last spring packed the restaurant with skates as front-door handles to cheer for the Raptors on their way to winning the NBA championship.

“Last year was such a remarkable year for us,” says Heather Santsche, the general manager of Gretzky’s. “It was stressful, but at the same time it was exciting and so very special.

“Right now, I miss that camaraderie we all felt last year. I think everyone craves that connection with sports. It brings everybody together.”

Santsche remembers receiving an alert on her phone on the night of March 11, when the NBA was the first to announce it would suspend the season.

“It seems like that was so long ago, but it really wasn’t,” Santsche says. “For about the next five days, it was like time stood still. The only thing I knew was that I didn’t know.”

In early March, she wrote a note to herself musing that it would be interesting to see how tourism would be affected by COVID-19.

“Suddenly, I realized it was a much bigger problem than that,” she says. “Everyone and everything has been turned upside down. We are sort of approaching this day by day and hour by hour.”

The restaurant’s staff of 55 employees has had to be temporarily reduced. Grandma Gretzky’s meatloaf and other menu items are being sold only for delivery and take-out.

“Our staff has been tremendous, so it is tough to make those decisions,” Santsche says. “You want to be true to your employees. Without your team, you don’t have a restaurant. And without a restaurant there is no team.”

Gretzky’s is busiest on nights when the Maple Leafs, Raptors and Blue Jays are all playing. The NHL and NBA playoffs, and start of the baseball season on March 26, were all looked forward to.

“You have to adapt," she says. "We have to keep our rhythm going so we are ready when the world is.”

It has been decades since the Oilers and the Flames have been as good as they are now. Their previous two meetings this season in the Battle of Alberta were reminiscent of the wars fought between them in the 1980s, when both were among the elite teams in the NHL. Even their goalies fought one another when they met for the last time on Feb. 1.

That whet the appetite of fans in Calgary and Edmonton and created excitement around the league. It promised to be the most-watched series when the playoffs began.

“We finally got a bunch of Canadian teams in, and here we are now,” says PJ L’Heureux, the founder and owner of the Craft Beer Market chain. He has two restaurants in Calgary, and one each in Edmonton, Toronto and Vancouver.

All of them sit idle, although the franchise in downtown Toronto will reopen for takeout on Tuesday.

“We can see this is going to be a far more long-term thing than short term, so we have had to pivot to keep our concept relevant and keep some people working,” L’Heureux says.

He has nearly 1,000 employees, but for time being only senior managers, the general manager and chef are working at all locations. He has been a Flames season-ticket-holder for nearly 20 years. He listens to government and health experts, but finds it hard to predict what will happen.

“As restaurateurs we would like to profit, but right now it’s more about getting our people back to work, and communities having something to rally around," he says. "That is what sports does in our country.”

In February, Darren Moulds and Meg Mckee celebrated the Vagabond Pub’s fifth year in Calgary. Their restaurant sits directly across from the famous Stampede Grounds and is only a few hundred metres from the Scotiabank Saddledome.

The Flames had eight home games remaining in the regular season and he had just placed a large order of food.

“For some people, there was a trickle-down effect,” Moulds says. “For us, the impact was instantaneous. In three days we would have easily made enough to pay the rent for April.”

On March 13, he contacted a bank-appointed receiver to let him know he would have trouble paying the rent. His landlord went into receivership in December. The bank appointee would not bend, so Moulds offered to go into a revenue-sharing agreement with the receiver so the business could remain viable. That offer was denied.

“I felt we came up with a reasonable way to deal with the issue, one that a lot of businesses could put forward to get through this,” Moulds says. “I have never missed a payment and I have never had issue.”

He has laid off his staff of 30 employees, including Mckee and his own mother. He is uncertain how much longer he can hang on. The hockey playoffs would have kept him going, and then some. He expected to take in $15,000 each night during home games in the first round, and $20,000 for a home game if the Flames reached the second.

“We have operated our place at break-even or earned a modest income from it for five years,” he says. “We struggled looking forward to the upside, and now it’s gone.” 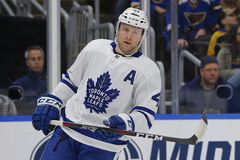 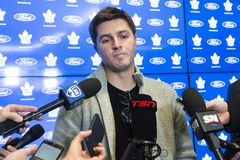 Leon Draisaitl not dwelling on the season that could have been
March 30, 2020 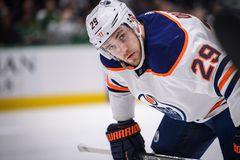