At what point did hockey reach its high-water mark as a cultural force in this country?

The Richard riot? The last days of the Original Six? The Summit Series? Gretzky emigrates to the United States? It’s a more than decent bar argument.

From this vantage, it was the 2010 Vancouver Olympics. Several threads converged there – the sport, the entire country’s attention, a sense of global hopefulness that’s faded since.

When Sidney Crosby scored that overtime goal to win the men’s hockey gold medal, Canada understood what the sport meant. It was our primary aesthetic expression of ourselves on the world stage. Canada was good at a lot of things, but at this thing – hockey – we were the very best.

It is difficult to think of another country that feels so proprietary about a sport. Baseball is American, but America isn’t baseball. You could argue that not so long ago, a lot of Canadians would have enthusiastically agreed that Canada is hockey. Many would still.

In a country made up almost entirely of immigrants and their children, it’s natural that everything we do, say, eat, watch and play originates somewhere else. But hockey was ours alone.

People in other countries were allowed to enjoy it, but we were constantly reminding ourselves they had borrowed hockey from us, as though they’d have to give it back some day. Somewhere along the line the game had become our game.

The sport and the country were born at almost the same time. Vancouver 2010 was the capper on a century and a half of growing up together. Canada winning in Canada at the thing that made Canada Canada.

Those boon times felt very distant on Saturday as Ron MacLean did his public penance on Hockey Night in Canada.

For a long time, MacLean had acted as the sport’s de facto conscience. The country had two hockey dads. Don Cherry was the one banging on the glass and screaming at you to rip the other guy’s head off. MacLean was the one in the dressing room afterward reminding you that winning isn’t everything, that it’s how you play the game that matters.

The two acts only worked in concert. They expressed the polarities of Canada’s ideal self-image – nice, but vicious.

MacLean may have redeemed himself on Saturday night, but he’ll never again occupy the same pulpit he enjoyed on Coach’s Corner. Without Cherry, MacLean is just another broadcaster.

Ten years ago, a few things aside from the playing of the game itself screamed “Canada is hockey” at you. Cherry, MacLean, the Olympics, even Tim Hortons. You’ll notice they’ve all taken a bit of a kicking recently. The first three things no longer fit so neatly into the patriotic fairy tale, and the fourth is Brazilian.

Once so monolithic, hockey feels as though it’s shrinking. I suspect that is one of the reasons so many people jumped on Cherry with both feet, and so many others ran to defend him through dissimulation. All of them are reacting to the same vibration – that things are in flux.

If hockey is diminishing, would it stand to reason that Canada is diminished along with it?

Of course not. Canada never was hockey, any more than hockey was Canada. A nation is defined by its accomplishments, not its hobbies. To think otherwise makes as much sense as saying of a brain surgeon, “What’s she all about? She watches cooking shows on Netflix. Nobody watches cooking shows like she does.”

What hockey requires is some updating in our cultural dictionary. It is still widely enjoyed. We are still the best at it. But what does hockey mean in reference to us? What do you mean when you say “us”? Does hockey have anything to do with it?

What seems to be happening is a gradual shift from allowing hockey to define everything about Canada, to emblemizing a few things about Canada.

We are a winter nation. We are an enormous landmass stitched together by small outposts. We like a fair fight.

Hockey is a good shorthand for all of those realities.

What else? We now have an opportunity to decide.

In a perfect world, this discussion would be kicked off by hockey itself – NHL players, Olympic participants, all the sport’s experts and rabbis.

But hockey is terrible at self-reflection. If the thing is us, you’d think the people who play it would go to more trouble trying to explain how that works. But nobody does. It’s taken as a given. As though it’s some holy mystery that ought never be mentioned, only worshipped.

That reticence is what created the space for Cherry to thrive. He was willing to draw those connections – we are hockey; hockey is us. That’s how he became a bigger influence on the national psyche than any father of Confederation.

It took 40 years for people to recognize that, in Cherry’s Manichean view, there can’t be an us without a them. When he ran out of foreign thems to complain about, Cherry turned the inquisition inward.

As a result, there is now room for some other view of hockey as it relates to the country. In the best case, a whole bunch of them. And better still, some idea of what might follow hockey as a national rallying point.

At some point, it will get a little embarrassing when the Greeks can say, “We created democracy” and Canada replies, “Sure, but we eliminated the two-line pass.” Canada might want to get ahead of that.

It’d be nice to get back to enjoying the game because it is fun, not because it is a compulsory duty of citizenship. Hockey doesn’t define us. Canada contains multitudes. We are far bigger than any one thing.

A first step might be acknowledging that hockey is not the alpha and omega of belonging. You don’t have to love it. You don’t even have to like it. It doesn’t make you any more or less Canadian.

You know what makes you Canadian? Saying you are a Canadian. That’s it.

Opinion
A sorry week in the world of apologies heralds a new role for hockey within Canada’s self image
November 15, 2019 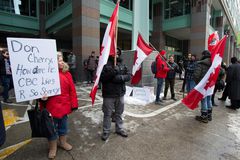 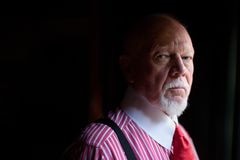