The injury-depleted Toronto Wolfpack have added forwards Ben Kilner and Jack Wells on a one-month loan from Wigan Warriors.

The two could be eligible to play in Toronto’s Super League game on Saturday against defending champion St. Helens (2-1-0) at Halliwell Jones Stadium in Warrington, England.

Toronto (0-4-0) started its first season in the top tier of English rugby league with a thin 23-man roster. And it has been hit hard by injuries.

Gadwin Springer and Matty Russell are both working their way through concussion protocol.

The latest injury blow is Brad Singleton, who hurt his knee in Toronto’s 32-22 loss to Warrington last Friday. Toronto coach Brian McDermott says Singleton could be out for four months with a suspected rupture of his lateral ligament on the outside of his knee.

“Losing Brad Singleton is going to be a biggie. … He’s been a real leader for us,” McDermott said in an interview.

On the plus side, Lussick and Mellor could return for the March 5 game against Leeds.

Toronto has already recalled Greg Worthington, who had been on loan to Featherstone, and brought in French international Tony Gigot on trial.

Kilner has previously played on loan with Dewsbury Rams and Rochdale Hornets in the second-tier Championship. He featured for Rochdale against Toronto in Lamport Stadium last August.

Wells also spent time in the Championship last season, playing 16 games with Swinton Lions including the Wolfpack’s home opener last April. He made his Wigan first-team debut at 18 and toured Australia with the English Academy team in 2016.

“These are two quality young players with experience in professional rugby league and they will add important depth to our squad in the coming weeks,” McDermott said in a statement. 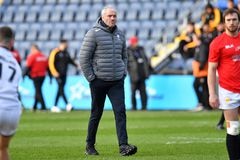 Brian Noble, who built the Toronto Wolfpack from the ground up, steps down
Subscriber content
February 20, 2020 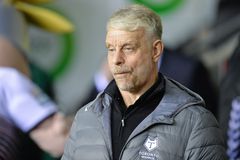 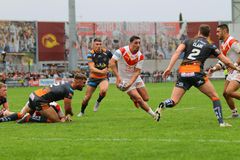