Before deciding to come to the Toronto Maple Leafs, 41-year-old Joe Thornton sought advice from many people inside and outside hockey.

Does one stand out in your mind?

“I actually talked to Joe Montana,” Thornton told reporters on Sunday. “He just talked about leaving San Francisco and going to Kansas City.”

First, if the thing you’re about to do is an obvious win (“Our Burgundy-based vineyard has a highly remunerative position drinking off all the old wine we don’t have room for any more”), you don’t need to ask two-dozen strangers whether it sounds like a good idea. Good ideas tend to sound like good ideas as soon as you hear them.

As I recall it, Montana was driven out of California because he’d done something awful: got old. And that his two seasons in Kansas City were a) ultimately pointless and b) appeared to take about 10 years off his life expectancy.

But other than that, good times!

Thornton knows how to play this game. Sprinkle a few clichés amid one semi-decent anecdote. Aged 41, talking in a reassuring way is what he’s best at now.

This was “the hardest hockey decision" he’s ever had to make. And “I think this team is ready to win now.” And “I just want to help out.”

If I gave you 10 minutes and a Sharpie, you could write out the Ten Commandments of the Introductory Press Conference and it would be good enough to use on any team anywhere in the world. That’s how deeply this format has been drilled into our collective brain.

But you did get the sense that even though he’s a local guy and a thoughtful guy and an experienced guy, Thornton cannot possibly be prepared for what comes next.

It was this answer – about how he’d adjust to the differences in scrutiny between the San Jose market and Toronto – that triggered my early warning system.

Yeah? Give it a week, friend. Then give Montana another call and ask him what he thinks about the Nashville Predators.

You almost felt sorry for Thornton, with his low-key joie de vivre and appalling earnestness.

“I need to win a Stanley Cup,” he said plaintively in the midst of a longer answer about why he came to the hockey version of purgatory.

Thornton is most famous as that very specific sporting type – the unluckiest lucky guy in the world. He’s had a hall-of-fame career. He’s made a boatload of money. He’s won all sorts of things. But because he has never won a Cup, he is, on some level, a failure.

Would that we could all fail this way – “Nope, never won Southeast Regional Salesman of the Year (sigh) … so what do you think of my yacht?”

Thornton has reached the point where he’s more of a totem than a player. Stolid, self-deprecating, wise (if you overlook this whole “choosing the chaos of Toronto” thing).

The Leafs haven’t purchased a skillset. They’ve rented an idea. That rather than youth, ambition and the predictive power of high draft picks, this team will now represent All That is Good in the Game.

Thornton, Wayne Simmonds, Zach Bogosian. None of them are elite any more (as evidenced by their lowball, one-year deals). But they all play the game the Right Way™.

After Thornton had spoken, Leafs general manager Kyle Dubas came on to explain why rewiring the Leafs' personality profile is not the desperate measure that it very obviously is.

“Something I learned from Lou …” Dubas said, on the general theory of accumulating older, good-head-on-his-shoulders types.

Lou who? Because I thought we weren’t supposed to say that name any more.

But now that Lou (Lamoriello) has taken his crummy, John-Tavares-less team to the conference final, I suppose he doesn’t give off all those Cryptkeeper vibes. At it turns out, Lou wasn’t kicked out of town for his fuddy-duddyness. He was encouraged to spread the bounty of his hockey wisdom across the land. Like Moses.

No one was preaching out of the Gospel of Lou when the Leafs were all puffed up about the combination of youth and speed. But now that Lou’s proved there’s a little more to winning, all the cool kids are building parallel old, slow teams inside their new, fast ones. Maybe slow is the new fast.

On the one hand, the hypocrisy. The barefaced hypocrisy. On the other, you have to applaud the cheekiness of Dubas’s about-face.

Hiring Thornton et al to short-term deals proves the Leafs are willing to try something different, but without bothering to change anything that matters. There is nothing bold about presenting as new a team that retains the same core that’s bombed out of the playoffs three years running.

One supposes the hope is by dint of sheer numbers, the designated adults in the room will encourage (i.e. shame and intimidate) the Leafs' flaky young core into performing (i.e. actually trying) when it counts. A nice, knock-on effect is that Tavares will be freed of that duty (one at which he demonstrably has no skill).

When you look around the NHL, you don’t see teams like this working, or teams like this, period. Good teams tend to be cohesive units. What the Leafs have done is create a second team and graft it onto the first.

If it works, it’s genius. If it doesn’t, it was worth a try.

And if the Leafs are already into the “worth a try” phase of their development, things are much worse than anyone – especially Montana – thought. 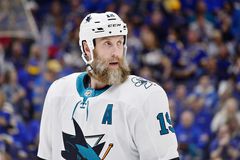 Brian Burke is the most misunderstood man in hockey
October 16, 2020 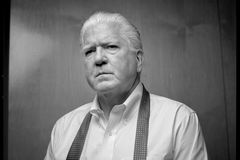 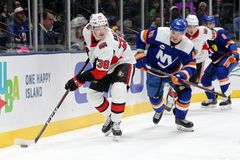