A few days ago, when the players were edging toward open insurrection, the tournament director of the Australian Open came out and delivered a science lesson.

“Air quality is a complex and confusing issue,” Craig Tiley said. “I do think air quality for sport and for tennis is a conversation we’re going to have more of in the future.”

Sovereign debt is a complex and confusing issue. Air quality is not. Once you leave your home, can you breathe? You can’t? Then the air quality is sub-optimal.

Since no man controls the weather or directs the wind, and the tournament was yet a few days off, it was a strange thing to be so sure of.

There was no suggestion of postponement or cancellation. Brush fires and air like chimney soot were treated as an inconvenience. The tournament organizers just white-knuckled it to the opening match.

Get used to this. This sort of thing will become a theme in all of our lives for the next few years.

At this point, you have an opinion on climate change. It is most likely a strong opinion. And you probably view the coming showdown as one between reasonable people and complete idiots.

(Despite a wide variance in these opinions, not a single person thinks of themselves as one of the idiots.)

But the climate-change agenda is not being set by the loudest voices on either side. It’s the huddled mass in the middle who push policy – people who don’t know what exactly to believe or how best to proceed.

Tiley, other Aussie Open organizers and many of the players belong to the most influential part of that group – sensible adults who trust science, except when it’s getting in the way of fun and/or profit.

We are all still this person.

In order to make the money people happy, Tiley & Co. seem willing to do just about anything short of erecting a triage unit inside Rod Laver Arena.

They’ve been able to get the top players in line because those guys have sponsors, too. Flaking costs them as well.

“I don’t worry too much,” Roger Federer said. “It’s not like we’re stuck outside at all times.”

But the further you go down the rankings, the less inclined participants were to toe the company line. No player did quite as much desk-pounding as Canada’s Denis Shapovalov.

“I don’t want to risk my life, risk my health being out there playing in this condition when I can [play] for the next 10, 15 years,” he said. “I don’t think anyone’s happy with the way things are being handled.”

Shapovalov threatened to forfeit his first round match if he didn’t feel comfortable on court. As it turned out, he was upset by Hungary’s Marton Fucsovics in a four-set match.

On Day 1 at least, the threat of players collapsing mid-match on live TV was held off. But we’ve got two weeks to go. That’s plenty of time for things to go badly wrong.

What’s the plan? Well, there are a lot of fingers in Australia and organizers crossed them all. That should do it.

Tiley is indisputably right about one thing – there are going to be more conversations about this sort of thing in the future.

Right now, these conversations consist of talking about all the conversations we must some day have. But eventually someone in charge is going to have to start having them.

If only some of what most scientists predict is coming, sport (and a whole lot of other, far more important things) are going to change drastically.

In 2008, millenarian scientist James Lovelock predicted that by 2020 things would be getting bad (Bingo!), by 2040 Europe would be on the cusp of going Mad Max and that by 2100, four in five of us would be dead.

He called carbon-offsetting “a joke,” recycling “a waste of time” and ethical consumption “a scam.”

“Enjoy life while you can,” Lovelock advised, the heavy implication being that would soon no longer be possible.

And have we ever. We’ve just lived through the best few decades in human history.

Which is why so many people are having such a hard time coming to terms with the idea that things are getting worse.

This is the period of negotiation with nature. Air impossible to breathe? Well, just try a little harder. Maybe see if that works.

Very Important and Expensive Event in danger of being cancelled by acts of God (and man)? Maybe we can tough it out this once. We’ll worry about next time next time.

Sports matters in this context because it is front and centre in the public imagination. And right now what sports is telling us all to do is to keep calm and carry on, even if a little panic might do some good. We remain in the stage of believing we will have to give up some things, but not any of the things we like.

Some day that won’t be possible. Perhaps sooner than anyone thinks. Then we may look back on these untroubled years as the ones when we still thought we got to choose how this all turns out. 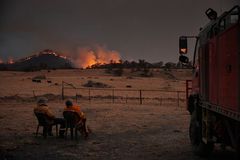 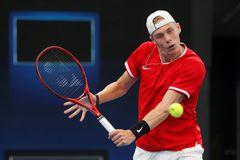 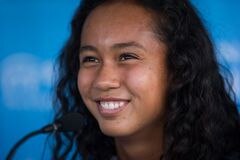