When the calendar flips to this time of year, there is normally a mix and anger and resentment for sports fans in this corner of the country.

Not this year. Not with one of the biggest moments yet in the creation of the newest NHL franchise about to take place on Wednesday night with the Seattle Kraken expansion draft, during which the team will set the foundation for its first roster.

“I get emotional about this, but it was 3½ years ago that the fans took this huge leap of faith,” Seattle CEO Tod Leiweke said. “And now it’s payback time.”

In an odd synergy of the calendar, the pandemic-related changes to the NHL season landed the expansion draft at a time that brings back painful memories for sports fans in Seattle.

It was 15 years ago this week – July 18, 2006, to be exact – that the NBA’s SuperSonics were sold to owners from outside the region. A two-year fight followed that eventually led to the relocation of Seattle’s first pro sports team to Oklahoma City.

Seattle will finally get a winter pro sports replacement with the debut of the Kraken in October. Short of being awarded the franchise in December, 2018, and the completion of its home arena, the expansion draft is the biggest step for Seattle and filling the void of what was lost more than a decade ago.

“It’s really about the players and the fans and tomorrow is the coming together of those two things,” Leiweke said. “It’s just powerful. Some fans feel it’s a long time coming. For me, it’s been three-and-a-half years coming, got some grey hairs as a result of it. But I think the fans are going to really like what they see.”

The unveiling of the Kraken selections will be a quintessential Seattle event. It’s being broadcast from Gas Works Park on the north shore of Lake Union with picturesque shots of the skyline in the background. Fans will be in the park, but the team has asked for a flotilla of fans to assemble on boats, paddleboards and kayaks on the water.

The NHL has recruited local sports celebrities to help announce the selections, including a nod to the SuperSonics with the inclusion of Gary Payton, Shawn Kemp and Hall of Famer Lenny Wilkens.

Marshawn Lynch and Sue Bird are taking part as well. The Kraken jersey will be unveiled for the first time.

And yes, there will be a fish getting tossed at Pike Place Market as a way to reveal one of the selections.

“The goal here is to show off Seattle and show off the team to not only the hockey fans of the world, but the sports fans,” said Steve Mayer, the NHL’s chief content officer. “This is a cool moment.”

While the night will include plenty of pomp and circumstance, the team’s future ultimately rests with the decisions made by general manager Ron Francis and the rest of the Kraken front office. The 669 players left unprotected for the expansion draft created numerous avenues for Seattle, from trying to match the success of Vegas from its inaugural season to going younger and cheaper and looking to develop long-term.

Seattle must take at least 14 forwards, nine defencemen and three goalies, and spend at least US$48-million of its US$81.5-million in salary cap space.

The biggest decision could come at goalie. Montreal’s Carey Price, fresh off a sterling playoff run, is available but at a cost of US$10.5-million a year for five more seasons and questions about his health. Price would be an instant face of the franchise with significant connections to the Pacific Northwest, but his salary hit could limit Seattle’s manoeuvrability.

“I certainly think there’s going to be some good players available,” Francis said. “Hopefully when they get selected here we can get them into town, and walk out on stage and they can become sort of the early faces of our Seattle Kraken lineup and the fans will relate to them as well.” 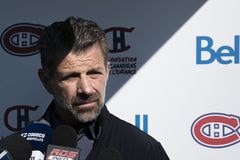 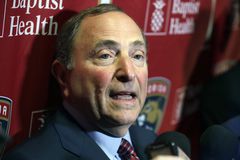