As they got set to face the Golden State Warriors on Thursday, the Toronto Raptors first checked the Kyle Lowry Index.

When the Lowry Index is low – sullen, brittle – the Raptors are in trouble. When the Index is high – snarky, bantering – that’s a better sign.

In order to gauge the Index, you input a sensible question, and see what gets spit back out.

Question: “You’re facing the two-time champions on a nationally televised game in the United States. Does that make this a big deal?”

Lowry got a face. Pure incredulity. As if he’d just been told the Earth is not, in fact, round.

“What are we at?” Lowry said, adopting a pedagogical tone.

“There you go. Good answer … Next question.”

Kawhi Leonard gets all the print because he’s the team’s shiny, new penny, but Lowry has been the driving force of this Raptors season.

He knows it. He knows you know it. And knowing you know it without ever having to say it is what warms Lowry’s wooden heart.

Another thing Lowry knows is that this may have been a widely watched game, an announcement game, the Kawhi v Kevin Durant death match and all sorts of other things that drive audience engagement. But it is not a meaningful game.

Lowry knows that because he’s been learning the hard way in Toronto for the past five years.

If anything, this was an arrival. Not the game itself, but the preamble. A quarter of the way into the campaign, the Raptors are not just winning, they’re self-actuated. They are controlling their own fate.

Although they’ve had close to the easiest schedule in the NBA, they are still learning and dominating at the same time. That’s different.

So the past few days have been an opportunity for the new dons to get their figurative rings kissed. The Raptors – maybe for the first time in their entire history – are fit to be taken seriously by the NBA’s best.

Not be respected. Not be feared. They’ve been those things recently (and wrongly). But treated as honest-to-God championship contenders. That’s a new one.

Sensing a small change in the NBA force, the Warriors came north trying to be feline. If you’re not sure exactly what’s going on, best to be nice.

Toronto got the turkey treatment from the champions – turned this way and that for an all-over buttering.

“[The game] might be a preview of June,” the Warriors' Klay Thompson said. “They’ve got something really special up there in Canada.”

“No better test in the team in the East right now,” said Steph Curry, proving he has an internet connection and he knows where to find the standings with it.

Toronto’s support was delighted by this show of deference, but it was hard not to hear a vague hint of mockery. Over-praise is something you do to someone who intimidates or someone who doesn’t. Golden State is not intimidated by Toronto.

The visitors, missing two of their all-stars (Curry and Draymond Green), took the court with excuses built in. There was no losing for them, either way.

If the Raptors showed any over-enthusiasm, it was in the pregame.

The always elaborate team introductions got court-of-Louis-XIV baroque. Lowry’s walk through the handshake line was as choreographed as a Broadway show. Toronto coach Nick Nurse decided to get in on Craig Sager appreciation night with a garish, electric-blue sport coat. His Warriors counterpart, Steve Kerr, did not, giving TV audiences the impression that Nurse has a sideline in lounge singing.

There was an overall sense of occasion, but it fell well short of the lead-up hysteria. Toronto hasn’t won much, but the audience has enough big-game experience by now that it has a sense of proportion. The atmosphere was somewhere between Sacramento at home in February and Game 1 against Cleveland back when it meant something.

The Raptors did a lot of good things, the most notable of which was winning 131-128 in overtime.

But the headline from this one was written ahead of tipoff, and was not going to change regardless of score – ‘This Game Didn’t Matter’.

It mattered if you had a ticket. This one had that video-game quality you can only appreciate live.

It mattered as a function of personal pride for a few players, Leonard prime among them. In the second half, it occasionally felt like he and Durant were playing one-on-one, while eight other guys just happened to be standing on the court. The pair was magnificent.

It mattered to rookie coach Nurse, matched as he was against the Dalai Lama of athletic leadership, Kerr.

And I am positive it mattered to Raptors president Masai Ujiri. It’s his reputation on the line this season, and so he feels these ready-for-prime-time evenings more than anyone else in the organization.

But to you, someone on the spectrum between bandwagon jumper and obsessive Raptors fan, it was nothing but spectacle.

Because the Lowry Index doesn’t lie.

Beating/losing to the cool kids in November and feeling as if that defines you in any way is 2015 Raptor thinking. Despite several corrective playoff humiliations, the Raptors were still thinking that way last year.

That’s what happens when you don’t believe in your bones you’re good enough. You keep trying to define yourself against things that do not or should not define you.

Worse, you waste energy on those things, and then find yourself short when it matters.

Maybe Lowry’s figured that out. Based on his winning history, Leonard already has. But as far as we know, that’s the end of the list.

Beating a half-strength Golden State before the first serious snowfall doesn’t mean anything.

Thompson was right, and he’d know – June matters. For a team with the Raptors roster and ambition, everything that comes before is either meaningless flattery or fishing for compliments.

Best of the west vs. beast from the east: Raptors ready for showdown of the season vs. Warriors
November 29, 2018 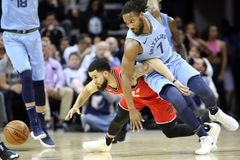 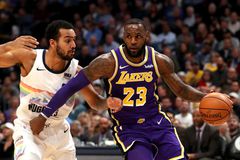 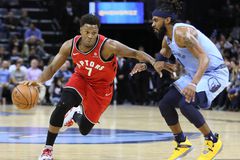