It was a good thing the Toronto Maple Leafs scheduled their pretrade-deadline management retreat for Arizona.

That gave everyone from Leafs president Brendan Shanahan down to the scouts a chance to see firsthand their team’s most troubling tendency and decide in advance of the NHL’s Feb. 25 deadline if more roster tinkering is necessary.

The Leafs’ 2-0 loss to the so-so Arizona Coyotes on Saturday night, the penultimate game of their 11-day, six-game trip, exposed their vulnerability to teams that get on them with an aggressive fore-check followed by a cycle game in the Leafs’ zone. If the Leafs do get moving, then opponents such as the Coyotes jam the neutral zone with bodies to choke off the rush. Every ugly loss this season went that way.

What Shanahan, general manager Kyle Dubas and their staff have to decide, as Toronto moves on to St. Louis to finish the trip against the Blues on Tuesday after a day off on Sunday, is whether what happened Saturday is simply the Leafs once again playing to the level of their opponent or if they need help by the trade deadline in playing against that kind of game, which is surely what they will see in the playoffs.

Leafs centre Nazem Kadri could well have been speaking for the players when he offered his assessment after the Coyotes loss.

“I think we’re a confident team. We understand that some nights are going to be off and not everyone is going to be perfect, especially on the road,” he said. “We’re a pretty resilient group and we’re able to shrug games like this off.”

Well, it might not be so easy for head coach Mike Babcock, Shanahan and Dubas to shake it off. The question of the Leafs perhaps being tired for the game, because it was the fifth one of the trip, came up and Babcock’s answer was a terse, “No.”

Shanahan and Dubas have to worry about the big picture and whether the Leafs need help defending and getting the puck moving out of their own end.

Judging by the Leafs’ scrutiny of the Carolina Hurricanes of late, getting a right-shot defenceman is at least high on the team’s radar. The Hurricanes, who are looking for scoring help, have Brett Pesce and Dougie Hamilton in that category. Pesce is said to be the Leafs’ preference because he is better defensively than Hamilton.

The question in this instance is whether Dubas is willing to pay the price of getting Pesce, which many reports say is either Kasperi Kapanen or Andreas Johnsson. But both forwards have made themselves mighty important to the Leafs this season.

Another question concerns the motivation on this team. The Leafs, who had Friday to rest for the Coyotes game, should have been flying on Saturday because it was Auston Matthews’s only visit of the season to his hometown of Scottsdale, Ariz. Instead, he had a blanket thrown over him and finished the game minus-two.

“It's frustrating, for sure,” Matthews said. “You obviously want to come back here and, for myself definitely, you want to perform and win the game, most importantly. We really just didn't have it tonight. They outworked us in a lot of different areas and we really didn't have an answer.”

On the plus side, the trip was a good one until the Coyotes game. The Leafs were 3-1 going into Saturday’s loss and a win Tuesday over the Blues, who had a nine-game winning streak going into Sunday’s game against the Minnesota Wild, would be a great argument against more tinkering.

“The sun is going to get up [Sunday] and we're going to get back to work because obviously, I don't think anybody in the arena tonight could be feeling that good about it.”

The argument against trading one of the forwards as part of a deal for a defenceman is the Leafs’ depth. In the playoffs, because even the floaters check like mad, it is not uncommon for the stars to be shut down at least part of the time. Winning then depends on your secondary scorers to step forward.

The Leafs are one of the best teams in the league in this regard. The third line, with Kadri at centre, can score with the Matthews and John Tavares units. This gives opponents a lot of headaches with matchups and could be a saving grace in the postseason. 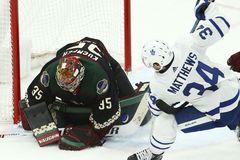 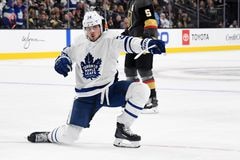 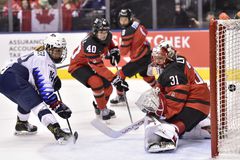