Paul Attfield
Published May 31, 2020 Updated May 31, 2020
For Subscribers
Comments
Please log in to listen to this story. Also available in French and Mandarin. Log In Create Free Account

As a former Royal Marine, Brian McDermott might as well have toughness stamped into his DNA.

Whether it’s the punching bag hanging in the back yard of his Yorkshire home, or his reputation as a hard-nosed former rugby league player who once spent an entire season playing for free to earn a contract, the head coach of the Toronto Wolfpack has had to fight his way to the very top of his sport.

But while possessing what former teammate Henry Paul describes as “the best three-punch combo I’ve ever seen in a game” was a handy calling card as a player, the path he undertook to becoming one of the greatest coaches in rugby league history did not come without a mini metamorphosis.

So while he is still “uncompromising,” as Paul puts it, the four-time Super League-winning coach knows that in a physically demanding sport such as rugby, running his players into the ground is a fool’s game. (Paul is now the Canadian national team’s sevens rugby coach.) Consequently, you won’t see McDermott borrowing from the Herb Brooks school of tough coaching, in which the late U.S. hockey coach almost sadistically skated his players into shape ahead of the 1980 Olympics.

“The dumbest coach in the world is one who breaks his own players,” McDermott says, recognizing that in his sport, which stretches across 29 rounds in a non-pandemic-affected season, keeping players healthy is crucial.

“[The Brooks] scenario has played out many times in many different sports where the coach is this aloof figure on the side of the field and he just keeps shouting ‘Again’,” he says, having watched the movie Miracle, which dramatizes the U.S. team’s run to gold.

McDermott is no stranger to the silver screen himself, having been featured in a documentary called As Good As It Gets, which took an in-depth look at the revitalization of Leeds Rhinos, one of Super League’s heavyweight teams. The film culminated with the 2015 season, during which McDermott guided the storied franchise through a number of trials and tribulations to win all three main prizes of the Challenge Cup, League Leaders Shield and a Super League Grand Final win.

In the process, Big Mac, as Leeds fans affectionately called him, became just the third head coach since the launch of Super League in 1996 to achieve the treble.

But while McDermott says that all coaches are looking for that “Hollywood moment,” when a coach helps a group of players achieve something they didn’t think possible, that season for the ages wasn’t actually it for him.

He describes his best Hollywood moments as the frank, private conversations about life that he has with players behind closed doors, chats that have left him with “a lump in my throat on a couple of occasions.”

In addition, being able to coach some of these players is a privilege, the 50-year-old concedes, but not because of the often-dazzling skills that players such as current Wolfpack superstar Sonny Bill Williams possess. It’s because he gets to see a side of these men that even their wives or children don’t get to see.

“Everybody’s got those traits in them and my job is to embrace every one of them and try to make them lean towards the [traits] that win games.”

In his brief time with the Wolfpack – he joined just days after the 2018 campaign wrapped up – McDermott has managed to make his mark, above and beyond getting the team promoted to Super League.

Ashton Sims, who retired from the sport after last season, says he wished he could have played for the Yorkshireman for longer than the 12 months they had together.

“He made an impact on my life, especially on the field, but just as much off the field,” the former Fijian international says. “[Particularly in] some of the ways I might view hardships or changes, challenges and adversities that we all go through in our lives.”

Having been a part of the squad that came up one win short in 2018, falling to London Broncos in the Million Pound Game that year, Sims recognizes the differences, albeit slight, that McDermott brought to the team.

“I think the year before we were very aggressive, but we probably didn’t have that mental toughness or that mental fortitude that he took to get us to the next level,” Sims explains. “Paul Rowley was a really good coach, and I really enjoyed him, but Brian just took us to that next level.”

Bob Hunter, the Wolfpack chief executive officer, says that in 2018, the team became “dysfunctional” at the worst time of the season.

“There was not good leadership from the coaching,” he says. “Paul kind of got offside focus-wise and you just don’t even expect that with McDermott, even if all hell is breaking loose.”

McDermott credits the influence of Tony Smith, who was his first head coach when he made the jump into coaching in 2003, for showing him that succeeding in the job isn’t just about being a hard taskmaster. While the Englishman admits he was “narrow minded” and “short sighted” when he got into coaching, he says that Smith, now the head coach at Hull Kingston Rovers, showed him that the best way to get a team of players onside is to get them to share in the same belief rather than simply threatening them.

It’s a remarkable turnaround for someone whose own playing career was built on fighting for everything. At the beginning of the sport’s professional era in the mid-90s, Bradford Bulls head coach Brian Smith – coincidentally Tony Smith’s brother – told McDermott he would not be offered a contract.

McDermott talked his way into an unpaid roster spot, and spent the rest of the year going to training in the morning before spending most afternoons and evenings working the family trade of construction to make ends meet. Despite the hardship, it’s a period of his life he looks back on with pride now.

It also helped shape the person he is today.

“It makes me as a coach an extremely demanding bloke I think because when players come up to me and say, ‘Hey, coach, can I have Wednesday afternoon off because I’ve got to take my cat to the vet?' it just doesn’t cut any ice with me,” he says.

He’s also not one to shirk the hard decisions, as he showed in the 2015 season. With long-time Leeds captain Kevin Sinfield in his last year at the club, McDermott took the decision to drop one of his star players from the starting lineup at one stage of the season. As a result, Sinfield ended up making his 500th appearance for the club as a substitute in the second half of a home loss to Warrington.

It didn’t go down well. Much like when former Toronto Maple Leafs head coach Mike Babcock held newly signed veteran Jason Spezza out of the lineup for the team’s home opener last year, the decision took on a life of its own in the media. It didn’t help that the Leeds chief executive got involved and started interviewing people about the decision, “like some sort of crime had been committed,” McDermott says.

But much like Spezza, Sinfield got his head down, worked on his game and fought his way back into the lineup. McDermott said that while the whole episode ended up “being bigger than it needed to be,” he concedes that Leeds wouldn’t have gone on to win the treble that year without the club captain turning his form around.

Super League eyes an August return, but Wolfpack wouldn’t be home until October
May 21, 2020 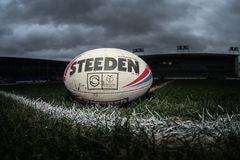 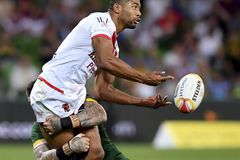