When NHL commissioner Gary Bettman announced in late May that the league had developed a plan to return to the ice during the summer, he explained they were proceeding “because our fans are telling us in overwhelming numbers that they want us to complete the season, if at all possible.”

The fans were evidently more fickle than that. The NHL’s two-month return-to-play program, which wrapped up Monday night, delivered what appears to be the lowest average domestic television audience for the playoffs in recent memory, after only one of the six Canadian teams in the postseason made it out of the first round.

The poor showing will likely intensify the pressure on Rogers Sports & Media to find ways to profit from its 12-year, US$5.2-billion deal for NHL rights, which it is now halfway through.

An average of 1.12 million viewers in Canada tuned in to the Stanley Cup six-game final between the Tampa Bay Lightning and the Dallas Stars, which aired on Sportsnet and CBC. Single-game ratings for the series ranged from a low of 841,000 viewers in an average minute for Game 2 (on Sept. 21) to a high of 1.54 million for Game 5 last Saturday night, according to data published by the TV blogger Bill Brioux. The final and deciding game pulled in 1.3 million during an average minute.

That is by far the lowest average audience for the final since Rogers took over the national multimedia rights to NHL games in the fall of 2014, according to a Globe and Mail review of data published by the ratings agency Numeris.

Over the first five years of Rogers’s contract, the final had pulled in an average audience each year of between approximately two million and 2.7 million viewers.

The difference between those high-water marks and this year’s viewership likely amounts to millions of dollars in lost revenue. It also represents a shortfall of tens of millions of dollars in potential revenues if broadcasts were to attract audiences in the range of six or seven million viewers, which could be expected if a Canadian team were to go deep in the playoffs.

While some broadcasters will boast of “reach” – how many viewers tune in, even briefly – ads are sold primarily on an average-minute-audience (AMA) measure.

This year’s poor ratings highlight the challenge Rogers faces as it tries to convert its expensive NHL rights into big-ticket advertising buys on old-fashioned live television – a problem that has been exacerbated by the early playoff exits of Canadian teams. In the first six years of Rogers' contract, only twice has any Canadian team made it past the second round of the playoffs.

Contrary to some predictions about a lack of enthusiasm for summer hockey, fans were eager for the return to play, tuning in to Sportsnet en masse for a qualifying round in which more than 75 hours of hockey that aired over seven days, noon to almost 11 p.m. ET, pulled in an average of 736,000 viewers, according to Numeris data.

But Canadian viewers dropped out quickly as their teams were eliminated: Three of the six teams (Toronto, Edmonton, Winnipeg) were out after the play-in round, followed by Calgary and Montreal after the first round, and Vancouver after the second round. And the NHL ran into a buzz saw of competition from other major leagues, including the NBA’s own return-to-play program, MLB’s frantic abbreviated season, and the start of the NFL’s regular season.

In the United States, where NBC twice had to face off against Monday Night Football during the final, audiences hit their lowest number for that round since 2007.

With numbers like that, it could be a challenge for Sportsnet to argue to advertisers when the next season begins – whenever that is – that NHL hockey is a must-buy. And even as the annual cost of its NHL rights rises each year by an estimated five per cent, overall advertising revenue has not increased. After earning almost $260-million in national advertising sales in the 2017 broadcast year, that figure dropped to $224-million in 2019 for the main Sportsnet national channel, according to data released by the Canadian Radio-television and Telecommunications Commission.

Sportsnet declined a request for an interview.

Still, the man who led Rogers Media when it signed the NHL deal said recently that he would do it again, “100 per cent – not even a hesitation,” if given the chance – in fact, he’d sign a deal lasting 18 years rather than 12. Speaking on The Bob McCown Podcast Keith Pelley, who served as president of Rogers Media from 2010 to 2015, suggested that if the company hadn’t snapped up the NHL rights, archrival TSN would have nabbed the games and Sportsnet would have “lost all of the [subscription] fees” paid by customers of traditional cable and IPTV services, such as Bell Fibe, because of a lack of product.

Subscription revenue from those customers rose to approximately $314-million in 2019 from approximately $223-million in 2014, but the number of subscribers who receive Sportsnet from cable or IPTV companies has fallen more than 18 per cent in the same period, to 6.8 million from 8.3 million, according to CRTC data.

Rogers does not reveal how many subscribers receive its Sportsnet services directly from the company through a digital-streaming subscription.

But as it looks ahead to its first fall without the perennial anchor of live NHL hockey, which had been an important part of marketers’ end-of-year TV advertising campaigns, Sportsnet may have trouble trying to attract those dollars again.

“Consumers will fill the space with something else [to watch],” suggested Richard Ivey, the chief procurement officer of media planning agency Media Experts, who helps companies buy effective ad time. “I will find that something else and I’ll buy that. And if it works better, I may not come back to sports, I may reduce my spend in sports. I may decide – you know what? I’ve found something else that I can use to do the job that I used to do in sports.”

Puck already dropped on NHL off-season that could see a frenzy of player movement
September 30, 2020 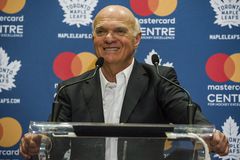 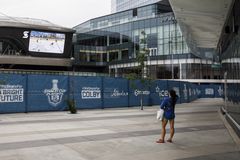 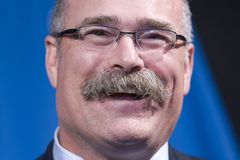