The Toronto Raptors closed out 2019 with a dominant New Year’s Eve victory at home, beating up on the Cleveland Cavaliers 117-97.

Kyle Lowry continued his recent string of hot-scoring performances, leading the Raptors with 24 points, while adding eight assists. Serge Ibaka recorded a third successive double-double – and his seventh of the season – with 20 points and 10 rebounds.

Hollis-Jefferson kicked off the night by taking the microphone at centre court to address the home crowd with a quick pregame Happy New Year’s message. Then he commenced the task of guarding Kevin Love, scoring 14 points and nabbing five boards.

He said he only learned a few hours before the game he was starting.

“Before the game, I usually meditate. Right when they’re doing the starting lineup I’m usually meditating, so I had to come in a little earlier once I knew I was starting so I could be out there for the lineups,” said Hollis-Jefferson, who had not started a game since last February when he played for the Brooklyn Nets.

Anunoby was the second guy off the bench behind Davis and still played 30 minutes. After making just two of the 19 three-pointers he took in Toronto’s previous five games, Anunoby hit his first two deep shots of the night Tuesday. He contributed 12 points on 5-of-8 shooting, added seven rebounds and four assists.

At half, the Raps were leading 59-43, shooting a solid 50 per cent from the field, holding the Cavs to just 34.7 per cent, and they were out-rebounding Cleveland 28-22. It seemed they would waltz into 2020 behind a comfy victory.

Davis delighted the crowd several times down the stretch as he rollicked in a big second half. His driving dunk in the fourth quarter was the most electrifying play of the night. He and VanVleet showed solid chemistry in the fourth and Davis said VanVleet had been vocal that he needed to be more aggressive.

The big performance was vindication for Davis, who had a rookie blunder at the end of Toronto’s loss to the Oklahoma City Thunder two nights earlier, failing to foul at the end of a close game when he should have.

“I went home and watched the film and learned from those mistakes. I know deep down, down the stretch, I looked at the clock and it didn’t sink in, the time and score. But it’s definitely something for me to take with me down the road. Something like that can never happen again,” said Davis.

Even though it was New Year’s Eve, and many people were hurrying out of the building and go have fun, Davis went upstairs to the weight room with Serge Ibaka after game and lifted weights. He said Ibaka has taken him under his wing.

“He’s got me eating right and doing those things. He’s great and a terrific leader, so I go up and lift with him after home games. I’m in love with it now, so thanks Serge.”

Sexton was Cleveland’s top scorer with 22 points. Tristan Thompson had 14 with 11 rebounds, while Love had 10 points and 11 boards. The Raps out-rebounded them 45-41. The Cavs fell to 10-23 on what continues to be a tough season.

That concludes a hectic December – the Raptors’ busiest month of this season – during which they played 16 games. Toronto is 23-11 over all.

“We did okay. It’s felt busy,” Nurse said when asked to evaluate his team’s performance in December, a month in which they were missing Marc Gasol, Pascal Siakam and Norm Powell for the past seven games. “I’m proud. I think the guys have fought. There’s only been a couple blips where we didn’t play worth a darn. Most of the time we’ve won or we’ve had a chance and they’ve been real close.”

Nurse also used descriptors such as “inconsistent” and “out of rhythm” as he expounded on his team’s December. To fill the void left by those three players, the Raps called new guys off the bench – such as Canadian rookie Oshae Brissett. They utilized players at multiple different positions and had to move away from some of their regular defensive coverages that rely heavily on the missing players.

“I’ve bemoaned the fact that it’s hard to execute even sometimes basic inbounds plays. Just 'cause guys, there are so many weird lineups and stuff,” Nurse said. “So it’s been inconsistent, but some of it’s been pretty high, too, so just gotta keep riding those waves.”

Nurse added that he may not be done tinkering with his starting lineup while those stars remain out.

“Mixing up the starting lineup here for a little bit is something you’re probably going to see,” he said. “I’m just going to see what it looks like and feels like depending on who we’re playing a little bit and go from there.”

The Raptors will play 10 of 15 on the road in January. They are in Miami on Thursday and Brooklyn on Saturday, and won’t play at home again until Jan. 7, against Portland. 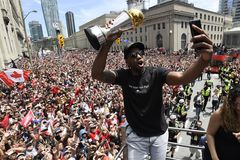 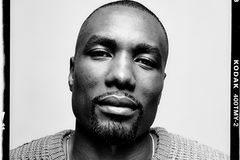