A bidding war erupted Monday as the governments of Manitoba and Saskatchewan offered up public money to convince the Canadian Football League to set up a one-city, abbreviated season.

Pallister touted Winnipeg as the best city to serve as a CFL hub due to Manitoba’s low COVID-19 numbers. There have been 354 confirmed and probable cases to date and seven deaths.

“I think this is the right spot to host the CFL. I think it’s the safest place,” Pallister said.

“We’ve got a pretty good general back and forth going (with the league) so far and we’re told ... we have a few days to nail down, cross some t’s and dot some i’s.”

Hours later, the Saskatchewan government said it could put up $3-million, and also appeared to take a shot at Winnipeg’s stadium, IG Field, which have had to undergo frequent repairs since its opening in 2013.

“The new Mosaic stadium and other facilities are state of the art and are well suited to accommodate all the needs required in a hub-city model,” Gene Makowsky, Saskatchewan’s parks, culture and sport minister, said in a written statement.

The CFL and CFL Players’ Association remain in talks to amend the current collective agreement that would allow for an abbreviated season to be played. Commissioner Randy Ambrosie has said the earliest a shortened campaign could start is September but that a cancelled season remains possible.

Prior to sitting down with the players’ association, the CFL imposed a July 23 deadline for an amended contract, adoption of health-and-safety protocols and assurance of acceptable federal funding. The league would also need to reach an agreement with broadcast partner TSN.

Earlier this month, the CFL sent federal Heritage Minister Steven Guilbeault a revised financial request for about $42.5-million. In April, the league asked Ottawa for up to $150-million in financial assistance if the 2020 season is cancelled due to the COVID-19 pandemic.

A hub-city model would see 60 games played over 15 weeks, the Manitoba government said, as well as the Grey Cup final.

The championship was originally slated to be played in Regina, but it would hold the 2022 contest instead. Next year’s contest is scheduled for Hamilton.

Manitoba’s chief public health officer, Dr. Brent Roussin, said players would be required to self-isolate upon arrival and essentially live in a bubble during their time in Winnipeg.

If a team wanted to have its players eat at a restaurant, he said, the establishment would have to be closed to the general public.

“The health and safety of all Manitobans and all participants is paramount,” Roussin said in a release. “CFL teams and anyone associated with the hub city will be expected to follow all protocols, as reviewed by public health, at all times.”

Testing would be mandatory and frequent for players after their arrival, Roussin added. It wouldn’t be as frequent afterward, he said, unless someone close to a player tested positive.

Makowsky, meanwhile, said the Saskatchewan Roughriders have worked closely with the province’s health officials to “develop a responsible plan to ensure proper protocols are in place for this unique season.”

Saskatchewan has had 962 total cases of COVID-19, 145 of which were considered active on Monday, and 15 deaths.

Pallister said even if the league decided to proceed with no fans in the stands, having players, coaches and staff in Winnipeg would boost the hard-hit tourism industry.

Pallister also suggested there would be an emotional benefit to fans if the league could get up and running this year.

“There’s kind of an immeasurable emotional aspect to this ... for a lot of Manitobans, who have been feeling kind of deprived from their nightly ritual of checking out how the sports teams are doing, and watching some sports or sports highlights on TV.” 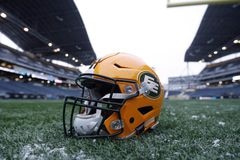 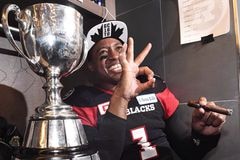 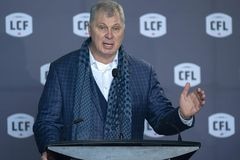