In the joy that followed Toronto’s basketball team capturing its first NBA title, the years of disappointment that preceded it have largely faded from public memory.

There were plenty of questions asked and criticism hurled as the Raptors were eliminated from the playoffs five successive years, three times by the Cleveland Cavaliers.

Kyle Dubas believes there are lessons the Maple Leafs, who have fallen short in postseason the past three years, can learn from that.

“I hear a lot, ‘Why can’t they be like the Raptors?’" the general manager of Toronto’s NHL team said last week during a lengthy media scrum at the club’s practice facility. “I think it is a great story for us to tell our players and learn from.

“[Their victory] was years in the making and I think they have the scars to show it. Once you go through it you can lean on them at times and really develop your identity. It would be great if we could just flip the switch and roll along and reach our potential, but it is never linear like that.”

The Raptors won a team-record 14th consecutive game on Saturday and will likely be among the highest seeds when the NBA playoffs commence in mid-April. The Maple Leafs currently hold one of the postseason slots afforded to the top three teams in the Eastern Conference standings, but are girded for a struggle. Should they fall in the standings, there are three teams with more points battling for the conference’s two wild-card berths.

They came out of the weekend as well as could be expected, beating Anaheim in overtime at home on Friday and losing in extra time to the Canadiens in Montreal on Saturday. They collected three of four points in back-to-back games behind backup goalie Jack Campbell.

They were only 4-6-4 playing back to back this season before that. Campbell stopped 28 of 30 shots and has looked more confident in the net than Michael Hutchinson, who served as Frederik Andersen’s stand-in before he suffered a neck injury a week ago against the Florida Panthers.

Andersen, whose 24 wins is tied for the second-most among all NHL goalies, took some shots at practice on Friday, but was deemed not healthy enough to start. It is unknown whether he will return against the Arizona Coyotes at Scotiabank Arena on Tuesday. The Coyotes, who play Monday night in Montreal, have won only three of their past 13 and have fallen off the pace in the tightly bunched Pacific Division.

Toronto continues to play without top defenceman Morgan Rielly, whose broken foot could keep him out to the end of the regular season. Fellow blueliner Cody Ceci hurt an ankle against Florida in the same game as Andersen, and is not expected back for at least a month.

Dubas scoffed when he could have used those injuries, and a multitude of others, as an excuse last week. He pointed out that the Maple Leafs’ 20-9-4 record since Sheldon Keefe took over as head coach ranks in the upper third of the league.

A strong Dallas contingent comes to town on Thursday before Toronto hits the road to play Ottawa, Buffalo and Pittsburgh, and then returns to home ice to play the Penguins again on Feb. 20.

“I think as an organization we have to able to endure and accept that this is a severe test,” Dubas said. “We are not in a great spot, but it is an opportunity for our guys to grow. I don’t fear it; I am excited about it.

“I know there is some consternation about it … but I look at it as one of the best opportunities we have had my whole time. I do have a strong belief in the group and I do think it is capable of great things.”

Dubas has been general manager for two seasons. The team is better now than when he took over, but fans are getting restless. Toronto hasn’t won a Stanley Cup since 1967 and has been ousted from the playoffs in the first round in each of the past three years.

The city’s hockey team is held to a higher standard than the Raptors, but there are similarities when you look at the trajectory of the two clubs, which are both owned by Maple Leaf Sports and Entertainment.

“One of my favourite parts of working here is the amount that people care. You grow a really strong appreciation for how passionate [they] are in this marketplace. It is an early test for myself and our staff that we have to be patient and keep the long game in mind always.

“It is about being able to go through the crucible and endure that and come out the other side.” 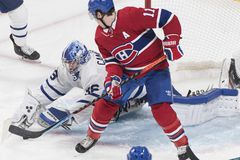 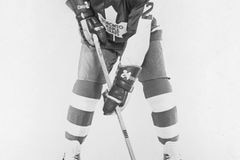 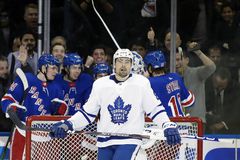