On Thursday, Rafael Nadal casually put it out there that he’s taking the summer off. He’ll be skipping Wimbledon and the Tokyo Olympics.

“It’s never an easy decision to take but after listening to my body and discussing it with my team, I understand that it is the right decision,” Nadal said via his social-media feed.

Not so long ago, when the time came that you had to start “listening to your body,” that meant you were thinking about quitting. Those pros had a more soldierly perspective on their work – better to go out on your shield than on a gurney.

Slowly, along with similar shifts affecting all of society, the pros have developed a new perspective on work. It’s great and all, but just as long as it’s not, you know, inconvenient.

The travel is murder and the press are a drag. Why would you do that to yourself when you can just cut a deal with American Express that earns you more than winning the U.S. Open? People just don’t understand how difficult it is having your own apparel line, even though you don’t make decisions more complicated than, “Make the red more reddy.”

The players aren’t to blame for this decline in work ethic. Leagues and tours are. In order to maximize gains, they turned their employees into one-man/woman brands.

They were the ones who outsourced the hassle of marketing. They cheered the arrival of the new social consciousness among their work force, since it gave them all sorts of cover for past misdeeds.

Eventually, the players figured out this downloading of influence didn’t just give some of them enormous leverage. It gave them total leverage.

Nowadays, LeBron James decides when he does or doesn’t want to play. Roger Federer pulls the chute whenever he feels like a nice, long day in the bath. Cristiano Ronaldo picks two bottles of (major tournament sponsor) Coca-Cola off a table and openly mocks the soft drink in front of cameras.

What are the NBA, ATP or UEFA going to do about it? Scold them? Fine them? What’s their percentage in picking a fight with three of the greatest players in their respective sports? Less than zero. It’s negative per cent.

It’s against that background that organizers of the French Open went over the top rope on Naomi Osaka during her recent media strike. Here they are, the people behind a grand, 130-year-old institution, getting into a tug of war with a 23-year-old kid, and the kid is winning. The executive offices in Paris must have been flooded in gall.

That’s how they ended up writing a strongly worded public letter to Osaka.

Whenever you’re thinking of writing a strongly worded public letter, it’s helpful to imagine the words “Front Toward Enemy” embossed across the envelope. Because it is just as likely to blow off your head off as it is the target of your frustration.

The French Open overreacted, turning Osaka’s losing position into a winning one. Then she did what everyone does these days when things aren’t going so hot at work – she stormed out without saying when she intends on coming back.

On Thursday, Wimbledon organizers said they had begun a “consultation” with Osaka over her media obligations. A few hours later, Osaka’s agent announced she was skipping Wimbledon.

One party in this scenario looks desperate, while the other looks fully in control. Guess which is which.

Under these sorts of circumstances, with that much sway, even for someone who is a relative newcomer, why would any top star ever retire again?

Once you retire, you stop mattering. No one interviews you. No one wants to buy the stuff you’re shilling.

For pro athletes, retiring is much more than a business decision. It’s a sort of death. That’s why so many of them circle back to become coaches or TV analysts. Having been a somebody, suddenly becoming a nobody is unbearable.

Now there’s another option: Occasional professional sports work. Don’t quit. Just gradually remove your foot from the accelerator and coast for as long as possible. Years, if you can manage it.

It starts with skipping a tournament here or there. Then you skip a major. Then two majors. But always the majors you don’t do so well at (Nadal hasn’t won Wimbledon in more than a decade).

Blame your knees. Better yet, don’t blame anything. Just say you’re “listening to your body.” Your body is saying: “The sponsorship cheque from Rakuten just landed and Ibiza will be bumping this summer.”

Of course, this freedom to administer enormous helpings of self-care is not available to everyone.

If you’re ranked outside the top 10, or a sub, or not a big enough deal to score an Under Armour gig, then you can forget about taking time off. You are the chum of the sports business.

Your body is screaming at you to ease back and you are telling your body that’s fine if your body can figure out how to make next month’s rent.

This sort of pro’s purpose is to make the Nadals of the world look good whenever they decide to wander back into the office.

So while the bold-face names may think of their flexing as a decisive blow for workers and their allies, it isn’t. All they’ve done is create a sandwich class between the bosses and the proletariat.

They are the idle, nouveau rich. They work when they want, where they want and only if they want. Everyone else is forced to wait until the mood strikes them.

That isn’t right or wrong. Nadal & Co. are only taking advantage of what the marketplace has given them. And who wouldn’t like to work part-time and still make US$40-million a year (Nadal’s 2020 earnings, the bulk of it from sponsorships)?

But you might want to be careful with this new power. It presumes people will always pay big money to watch today’s sports elite do today’s popular sports, even if the stars of the show start skipping performances. It further presumes that this appetite isn’t just inexhaustible, but that it is in a state of permanent growth.

I wonder if the most famous boxers and jockeys in the world had the same sort of optimism about their jobs back in the 1930s and 40s. 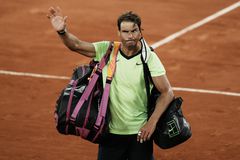 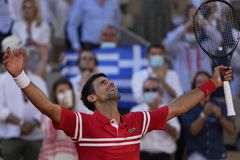 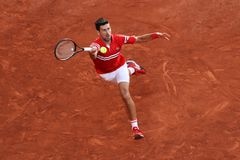