The NBA and its players’ association have agreed to restart the playoffs on Saturday, and have unveiled their new action plans to help confront systemic racism.

The postseason was brought to a halt on Wednesday while players protested racial injustice following the shooting of yet another Black man by police, last weekend in Wisconsin. It sparked a widespread shutdown across professional sports.

The Toronto Raptors and Boston Celtics will play Game 1 of their second-round playoff series on Sunday at 1 p.m. ET.

NBA players spent the time off the court coming up with three initiatives: a coalition on social justice, increased voting access via their arenas, and ads promoting civic engagement.

“We had a candid, impassioned and productive conversation yesterday between NBA players, coaches and team governors regarding next steps to further our collective efforts and actions in support of social justice and racial equality,” their statement read. “All parties agreed to resume NBA playoff games on Saturday, Aug. 29 with the understanding that the league, together with the players, will work to enact the following commitments.”

They will form a social justice coalition of players, coaches and team governors to tackle issues such as access to voting, promoting civic engagement and police reform.

They will create advertising spots focused on promoting voter access and greater civic engagement. Already on Friday, they posted social media ads honouring the pursuit of equality, racial justice and civil rights, on the 57th anniversary of Dr. Martin Luther King, Jr.’s “I have a dream” speech.

In every city where the franchise owns and controls the arena, team governors have vowed to work with local elections officials to make it a voting location for the 2020 U.S. general election or to find another election-related use for the venue.

In what specific ways the Raptors as a franchise may participate in these projects as the only Canadian NBA team will be figured out over time. Head coach Nick Nurse – a native of Iowa – has already started a campaign to get Americans living in Canada to make sure they vote.

The Raptors practised Thursday morning (before the NBA and NBPA put out their release). Reporters gathered virtually for the usual post-practice media video conference, but the Raptors chose at the last second not to do interviews. A team spokesperson said they want to focus on the players’ well-being, and until they had more clarity on next steps, they would not speak publicly.

Many other NBA teams who practised early Friday also declined to speak, including the Milwaukee Bucks, who sparked the widespread boycott on Wednesday when they refused to play Game 5 of their first-round playoff series with the Orlando Magic.

Oklahoma City Thunder guard Chris Paul – president of the NBPA – spoke after his afternoon practice. He described the past few days as “very emotional” and the group conversations as “very deep.” He said they included governors in their talks.

“We understand how powerful our voice is and ultimately we decided if we go away from this stage we, we don’t necessarily have that same platform,” Paul said. “We’re about action and that’s what our meeting was about, is about the real action, you know? Guys said, ‘We’ve been saying this and saying that, but what’s the action?’”

Earlier Friday, roughly 100 NBA employees based in New York announced they would strike for the day, in solidarity with the players. In a letter to Silver, they said they would spend Friday calling elected officials, participating in demonstrations and devising their own ideas for initiatives.

“The NBA has relied too heavily on our players,” the letter read. “They have been inspirational leaders in the movement for social reform, and are carrying a burden that should not be theirs alone.” 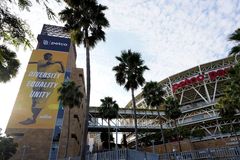 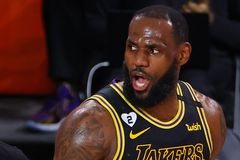 Opinion
NBA players demonstrated their power. Now they need to figure out how to use it
August 28, 2020 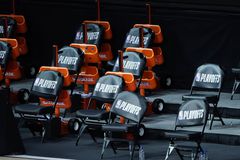 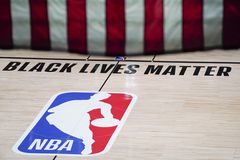 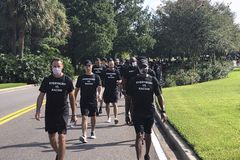