Kawhi Leonard looked puzzled when asked on Friday how he can help the Toronto Raptors get over that hump in the playoffs.

Leonard wasn’t being a wise guy as he fielded questions the day before he begins his first playoff campaign as a Raptor, against the Orlando Magic. He spent the past seven seasons as a member of the San Antonio Spurs. So excuse the NBA all-star if he’s detached from Toronto’s disappointing playoff history and sounds a little aloof about the team’s past.

Leonard had no role in Toronto’s repeated disappointing playoff exits at the hands of the Cleveland Cavaliers. Ditto for Danny Green and Marc Gasol, the other high-calibre NBA veterans the Raps added this year. These three kick off the playoffs unburdened by any past Toronto storylines. They’re committed to this version of the Raptors, and backed by volumes of playoff experience.

Gasol has six postseasons under his belt, and has been the NBA’s defensive player of the year. Leonard has won that award twice, and been to the NBA finals twice with Green and the Spurs. They were runners-up to the Miami Heat in 2013, before returning the next year to conquer that same team and hoist the Larry O’Brien Championship Trophy. They’ve been signed to help lead the Raptors there for the first time in team history.

“When the games are played, we are hoping that experience will help us a huge amount, in keeping this team locked in,” Green said. “For some of us it’s a fresh start, and for some of us it’s other motivations, or other tools, that may help hopefully drive them to come in with more anger, more attitude, more discipline because of the experience they have. We use the same experience – from the past and other organizations – so it’s no different.”

Gasol’s Grizzlies tangled with the Spurs in the postseason, and he has vivid memories of how effective Leonard can be in the playoffs, especially defensively.

“He can screw up a lot of things,” said Gasol, then launching into a lengthy and technical description of the ways Leonard disrupts playoff opponents. “But it’s a team effort. We’re all going to have to be locked in defensively. That’s something we can rely on, this team. I think everybody’s mindset on this team, defensively, is on the same page. I think it’s one of our biggest strengths for sure.”

Adding these veterans – along with the improvement of third-year player Pascal Siakam – has had an unburdening effect on Kyle Lowry that Toronto coach Nick Nurse predicts will crystallize in these playoffs.

“I think Kyle’s natural instincts are to play tough and lead. Maybe in the past we needed him to do that and also get 20 [points]. … I think this team can win if he gets four or 34,” Nurse said.

“This year for me’s been completely different,” Lowry said. “With the leap that Pascal, Kawhi being unbelievable, Marc being such a good player, Danny being who he is, you know, it doesn’t matter what I do scoring-wise, assist-wise, my job is to go out there and lead with energy and passion.”

Leonard bristled at another question asking him to rank these Raptors among all his career teams.

“It’s not over yet, so I don’t know,” Leonard said very matter-of-factly. “I feel like we’re good. We’re second in the East, so it’s pretty much out there right now showing you where we rank. But we’ll see after either we win, or where we fall, after the playoffs are over.”

Could these Raptors – who navigated an injury-plagued season with 22 different starting lineups and still emerged as the No. 2 seed in the East – be the most complete Raptors team in franchise history?

“I love what Kyle said when someone asked him if this is the best Raptors team, and he said, ‘I don’t know yet,’ and neither do I and neither do any of you,” said Nurse, pointing to a packed media room. “This group of guys has shown great promise, has shown great togetherness, has shown some unbelievable talent. They defend, they hit the open man. Let’s see if they can continue to do that.” 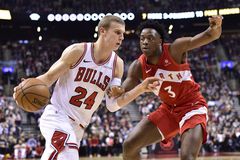 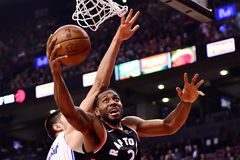 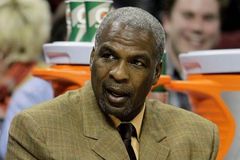