For the past two seasons, Lance Stroll has been the kid on the Formula One circuit. But as the 20-year-old Canadian prepares to embark on the next stage of his racing career, Stroll no longer sees himself as a mere rookie upstart.

Having weathered a few difficult years, he’s a bit older now – and a lot wiser. He’s even got some grey to show for it.

“I got my first grey hair the other day,” Stroll said Wednesday in disbelief. “I looked in the mirror and pulled it out.”

A month from now, Stroll will begin his third season in Formula One under a new banner – driving for Racing Point, the team that emerged phoenix-like from the financial ashes of Force India, which nearly went bankrupt last year.

Racing Point’s backers, led by Stroll’s billionaire father, Lawrence Stroll, hope to give the struggling team something it hasn’t seen in a while: enough funding to compete. At the unveiling of Racing Point’s new car in Toronto, team principal Otmar Szafnauer acknowledged the squad lacked the cash in 2018 to improve the car as the season wore on.

Now recapitalized, Racing Point also represents a new opportunity for Stroll, whose meteoric rise up racing’s junior ranks and precocious entry into Formula One as a teenager stalled at Williams, the team that signed him after he won the Formula Three title.

Design problems with the Williams car led to the team finishing last in the standing last year. Stroll finished 18th out of 20 drivers, claiming six of the seven points credited to Williams.

It was a miserable season – one that the Montrealer is now hoping to turn the page on with a new car that he hopes will be much quicker.

“It’s a new era, a new chapter,” Stroll said, as the car was unveiled from beneath a black tarp in Toronto, making it the first time an Formula One team had launched a season on Canadian soil.

“I’m completely committed and just motivated to see what I can do in a new environment, with a very talented group of people at Racing Point. I do believe that with this new healthy structure we can achieve some great things.”

Stroll said the first time he drove the former Force India car, during a test run after last season ended, the difference between it and his Williams ride was immediately apparent.

“After the first lap I had goosebumps. It was just so nice,” he said, noting that the added grip on the track allowed him to have more confidence when driving. “You just brake that little bit later, carry that little bit more speed through every corner, get on the throttle a little bit earlier, and as a driver that sensation is what you’re striving towards all the time – that little bit more performance from the machinery that’s beneath you.”

Perez, who endured the worst of Force India’s financial tribulations, including moments when the team couldn’t always deliver upgraded parts, is looking forward to the injection of funds and a fresh start. Though he is realistic, knowing that Formula One’s Big Three – Mercedes, Ferrari and Red Bull – likely won’t relinquish their stranglehold over the podium any time soon, Perez figures Racing Point can pull itself closer.

“The team has massive potential. ... Now with the budget in place I think we are ready to be a big surprise this year,” Perez said.

“I think we are aiming for at least fourth this year,” he said. “It’s not going to be easy, but this team has done it before.”

For Lawrence Stroll, a racing aficionado who achieved financial success as the backer of fashion names such as Tommy Hilfiger and Michael Kors, the chance to buy a Formula One team was an opportunity that was too good to pass up, though he said it was something he never planned on.

But with rule changes coming to Formula One in 2021 that will cap team spending, he sees an opportunity for smaller teams to compete with the likes of Mercedes and Ferrari in a meaningful way.

“With the rule changes in 2021, it will give us the opportunity to even the playing field, and hopefully build a Grand Prix team that we’ll be proud of forever,” he said.

When Lance Stroll joined Williams in the fall of 2016, he hadn’t yet got his driver’s licence, preferring instead to do all of his turns on the race track. During the past few seasons, he found time to take the exam. Now he’s hoping to pass the hardest tests Formula One has to offer.

Stroll has one top-three finish so far – a third-place result in Baku in 2017 that made him the youngest driver to stand atop the podium. With a new car, and a new team built on more solid financial ground, Stroll said he intends to add to that result.

“We want to be back on the podium and I’m prepared to help the team achieve that,” Stroll said. “We’ve got a great group of people, they’ve been punching above their weight for a long time and now the team’s healthier than it’s ever been.” 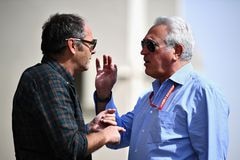