When Canada’s Keijo Taivassalo was about 100 metres from the Boston Marathon finish line earlier this week, he noticed a runner with grey hair ahead of him.

Taivassalo thought it was possible the man could also be in the 80-and-over age group, so he made a furious sprint to the finish to catch him.

“My foot was just ahead of his foot, it was so close,” he said. “It was just incredible. I was so happy. But that showed I still had energy left to be racing in a marathon right to the finish line.”

It turned out the other runner wasn’t in his age category after all. That final dash gave the 82-year-old Taivassalo a time of 4 hours 10 minutes 23 seconds, well over half an hour ahead of his nearest 80-and-over competitor.

It was the second straight 80-and-over title for Taivassalo, who was victorious the last time the Boston race was held in 2019 – also winning by well over half an hour – with a time of 3:47.10.

“My secret is oatmeal,” he said. “Every morning I eat oatmeal and I mix all kinds of fruits in there. That gives me a good start for the day.”

Taivassalo normally runs five to 10 kilometres a couple times a week, but will ramp up to six runs a week during the three-month preparation ahead of a marathon.

Reached Thursday at his home in Thornhill, Ont., Taivassalo was enjoying some well-deserved downtime.

A native of Finland, the retired small business owner was an avid cross-country skier before taking up distance running about 40 years ago.

“I switched to running and I enjoyed it,” he said. “Mainly marathons. It’s so challenging to prepare and to run.”

Regular exercise, stretching and some light weight work help keep him sharp, along with eight or nine hours of sleep a night. Fish, chicken, fruits and vegetables are staples in his diet.

On race day, he’ll consume energy gels and sports drinks at every station along the race route.

“I don’t miss a single one and still at the end you are thirsty,” he said. “A lot of people skip the stations and that costs them later on.”

There were challenges for Taivassalo before and during Monday’s race.

The bus driver transporting the Canadian and other runners to the start line got lost along the way. Police eventually escorted the vehicle to the drop-off spot.

“We felt like VIPs with a police escort to the starting line,” he said. “It was a rolling start and we were half an hour late from the original start time ... but when you cross the timing belt at the start line, then you were okay, so it didn’t really matter that you were late.”

Another challenge came with about four miles to go. Taivassalo fell down after his foot clipped another runner’s heel.

“People came around and lifted me up and I said ‘I’m fine,”’ he recalled. “One guy said, ‘I’m going to walk with you now.’ I said, ‘Sorry I have no time for a walk here and I left to run again.’”

Taivassalo was initially concerned that his leg might stiffen up but it wasn’t an issue.

“I feel I had a good finish,” he said. “I felt really strong the last few moments. In my head I was repeating the words: ‘No fear. No doubt.’ I used those words in my head when I had a little bit of a harder time.”

Taivassalo, who has also run marathons in New York and Helsinki, said he felt good throughout the competition since he was on his regular training pace.

“To me it’s like a happy place when you are there,” he said. “You can think and then it becomes a challenge. Boston is very hard because they have those hills – especially Heartbreak Hill. A lot of people walk there but I felt strong to get up Heartbreak Hill. I didn’t actually realize that I was already at the top.

“Then I thought I have three miles to go and I’m almost home. But to be honest, they were a long three miles.”

Taivassalo is already looking forward to a return to Boston next year when the race returns to its regular spring date, a couple months after his 83rd birthday.

“I’ll keep going,” he said. “I think your body is [eventually] going to tell you, ‘Okay, that’s enough.’

“I’m listening but it hasn’t happened yet.” 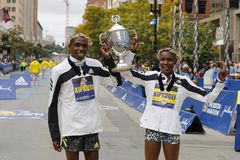 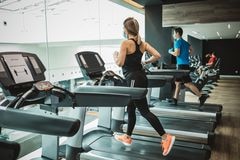