Both will be competing in the 200-metre freestyle at the outdoor Gold Coast Aquatic Centre. Katerine Savard, who along with the retired Brittany MacLean made the semi-final of the event at the Rio Olympics, is not here after pulling out due to health reasons.

Ruck swam a Canadian record time of 1 minute 56.85 seconds in the 200 freestyle in Atlanta in the final TYR Pro Swim Series stop before the games. The 17-year-old from Kelowna, B.C., also won the event at the 2017 FINA World Junior Championships in Indianapolis

“She’s on track to swim really, really well at the meet down here,” said Canadian teammate Hilary Caldwell, who won bronze in the 200 backstroke in Rio.

The Canadian and Australian women are also expected to go head to head in the 4x100 freestyle relay Thursday. Canada’s relay team should be brimming with youth with 16-year-old Kayla Sanchez, 17-year-olds Oleksiak and Ruck and 18-year-old Rebecca Smith all in the mix.

Marie-Sophie Harvey of Trois-Rivières, Que., is racing in the 400 individual medley.

Oleksiak, then 16, won four medals at the 2016 Rio Olympics including gold in the 100-metre freestyle in an Olympic, Canadian and world junior record. The Toronto teen also earned silver in the 100-metre butterfly and two bronze medals – with Ruck – in the 4x100 and 4x200 freestyle relays.

“I’m pretty excited for [the] Commonwealth [Games]. It’s going to be a good meet. I’ve been training a lot on my 200 free this year,” said Oleksiak, who will also compete in the 100-metre butterfly preliminaries Thursday.

Later, Oleksiak revealed on Twitter that she is mourning the death of her grandmother.

“Given the news one of my grandmothers died today breaks my heart,” she tweeted. “I feel extremely grateful knowing that she was able to live a long life having the ability to see her children and grandchildren succeed in various aspects of their lives. #whoidothisfor.”

The six-day swimming event wraps up on Tuesday. Canada has entered 36 swimmers, including a record 11 para-swimmers.

“We’re aiming to surpass that on the Gold Coast,” Swimming Canada high performance director John Atkinson said. “We’re not likely to tell you the expectations and the numbers because we don’t actually mention that one to the team either.”

Ryan Cochrane and Audrey Lacroix, who won three of the gold medals in Glasgow, have since retired. Savard won the other gold four years ago.

Some of the Canadians have already raced at the games venue, which hosted the Pan Pacific Championship in 2014. Others have trained there in the past.

“Outdoors is a little bit different. And the contrast between morning heats and finals was something that we watched with interest when the home team, Australia, had their trials very recently,” Atkinson said. “We think we’re pretty well prepared. ... I think we’ll be ready to make the most of it and keep all the pressure on the home team in Australia, who are on the back of a summer preparation.

“We’ll certainly give them a good run.” 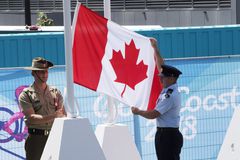 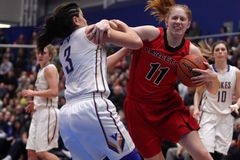