Hamilton’s pursuit of a Commonwealth Games has become more complex with the Ontario government’s refusal to back a bid before 2027.

A private group comprised of Hamilton business and community leaders pivoted from bidding for the 2030 Commonwealth Games to 2026 at the request of the international governing body earlier this year.

Ontario Heritage, Tourism and Sport Minister Lisa MacLeod said last week support for a Hamilton bid would be for 2027 or later, as the province is unwilling to financially back both FIFA World Cup matches and a Commonwealth Games in the province in 2026.

The Commonwealth Games operates on quadrennials. If not 2026, Hamilton faces reverting to 2030 and potentially getting into a race against more rival bids.

Getting the 2026 Games was considered a slam dunk for Hamilton because of a dearth of international candidates.

The U.K.-based Commonwealth Games Federation isn’t currently willing to alter its schedule to accommodate a 2027 Games in Hamilton.

“The CGF is planning host the Commonwealth Games in 2026,” the organization said in a statement to The Canadian Press.

"There has been no formal request to the CGF to consider 2027 so this is not a scenario we have looked at.

“At present, we have just entered into a dialogue with leading representatives from the province regarding Ontario’s interest in hosting the Commonwealth Games and we look forward to this continuing.”

The CGF would likely want to avoid having its 71-country multisport festival in the same years as the 2027 world track and field championship or the 2028 Summer Olympics in Los Angeles.

A spokeswoman in MacLeod’s department reiterated 2026 is off the table Wednesday.

“We encourage the City and bid group to consider pursuing this opportunity in 2027 or beyond in Hamilton and would entertain those discussions with the parties involved,” Dakota Brasier said in a statement.

“The Premier and the government’s current focus is on COVID-19 and ensuring Ontario comes out of the global pandemic supporting the people and small businesses that make our province the economic engine of Canada.”

Victoria was the last Canadian host city in 1994. Birmingham, England, gets the games in 2022.

Hamilton agreeing to the CGF’s request to switch from 2030 to 2026 gave the Southwestern Ontario city preferred candidate status for the latter.

Hamilton had leeway to scale down its games plan in size and cost. A proposed capital and operations budget of $1.5-billion for 2030 dropped to $1-billion for 2026.

Economic recovery from the COVID-19 pandemic was pitched as a primary benefit in pursuing an earlier games.

Hamilton’s initial 2030 bid had support in principle, but not financial commitment, from the federal, provincial and municipal governments.

The feds have indicated a willingness to support a 2026 bid, but Hamilton City Council approval can’t be sought before the province signs on.

Hamilton’s bid committee is therefore in limbo awaiting word on which Games it is chasing in what year.

“Our resolve with respect to potentially accelerating the gains from the bidding structure of 2030 was entirely focused on pandemic recovery and the investment that would come with the Games,” bid committee spokesman Louis Frapporti told The Canadian Press.

"It’s a question of having the investment and having the event as soon as practicable.

“So we’re going to defer to the province and the federation to continue their discussions to see whether they can work out an arrangement, whatever that might be.”

Hamilton initially pursued 2030 because it would mark of the century anniversary of the city hosting the first edition of the Commonwealth Games, then called the British Empire Games, in 1930.

Reverting to a 2030 bid is an option, Frapporti said, but Hamilton could again lose out to another city in a multibid race.

“The risks associated with competing, along with the costs, is not remotely as attractive a proposition as a highly modified Games centred on pandemic recovery,” Frapporti said.

“It’s a beautiful, wonderful bird in hand or two very elusive birds in the bush, if I can put it that way ... from the perspective of accelerating benefits to a region that is desperately in need of some good news, investment, employment, optimism, hope, having the certainty of the games earlier, rather than having to compete some time down the road for 2030.” 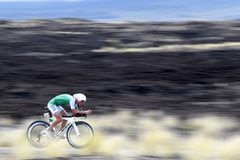 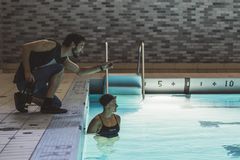 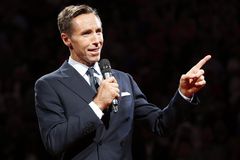