Coronavirus information
The Zero Canada Project provides resources to help you manage your health, your finances and your family life as Canada reopens.
Visit the hub
Peter Robinson
Special to The Globe and Mail
Published April 6, 2020 Updated April 6, 2020
Text Size

With the dawn of a new decade there is a tendency to look ahead at what’s to come. For obvious reasons, that thought exercise in hockey is exceptionally difficult right now.

No one could have imagined as 2020 began that projections would be so uncertain, but that is the reality given how the COVID-19 pandemic has shut down the sporting world. A restart is many weeks, perhaps months away. It’s difficult to even speculate what changes will ensue.

Fifteen years ago, after a work stoppage forced the cancellation of the entire 2004-2005 season, the NHL instituted rule changes that altered the game’s direction. Will something similar happen? How will the existing agreement between the NHL and players be affected, especially as it relates to the salary cap and hockey-related revenue? No one knows.

What is certain is that the game is already vastly different than it was in 2010. Rules and their interpretations are evolving, the player pool is more diverse and women’s hockey is on the cusp of even more dramatic change. Beyond COVID-19, these issues hint at how the sport may more broadly evolve over the next decade.

Terry Gregson’s first experience with video review was notable. Looking back, the longtime NHL official’s first goal reversal in 1991 offers a glimpse of where hockey’s rules may be headed, irrespective of changes resulting from the pandemic.

“The New York Rangers were playing Pittsburgh and the Rangers scored on a puck that went through the net,” remembers Gregson, who was an NHL referee for more than two decades and then its director of officiating. “After a whistle, I consulted with [my linesmen] and we figured we should take a look.”

Upon video examination, they saw that the puck had penetrated the webbing of the net after crossing the goal line. The goal was good.

“Scott Bowman went ballistic,” remembers Gregson of how Pittsburgh’s coach reacted to the Rangers being awarded the goal. “Now, if a goal like that were scored the first thing a player or coach will say is, ‘You have to go upstairs to check.’”

That change in attitude – toward ensuring a good goal via video replay – has taken the better part of 30 years.

Further modifications in goalie equipment, tweaking the offside video review process and a hard-and-fast crease interference rule are next, Gregson says, or at least they should be. The NHL should also consider allowing any goal to stand that goes in off a player’s foot, kicked or not.

“We want scoring… it takes a lot of skill to direct a puck in with your foot off of a shot from the point,” he says.

Though Canada has dominated recent international competition by winning both Olympic gold medals in 2010 and 2014 and the 2016 World Cup of Hockey, its share of NHL players has paradoxically declined to less than half.

Canadians comprised 43 per cent of players on 2019-2020 opening night rosters, while the United States and Sweden steadily increased their respective presences to 26 and 11 per cent. Russia, Finland and the Czech Republic have also made small gains in recent years, according to nationality tracking on the NHL’s website.

The trendline is an accurate reflection of where the men’s game is headed.

“With the U.S., you’re seeing the population monster at work,” says Kyle Woodlief, who has operated the independent scouting newsletter Red Line Report since the late 1990s. “American players now come from many more places. [Toronto Maple Leafs centre] Auston Matthews is from Phoenix [and] there are now NHL players from California, Texas and Florida.”

The next wave of players, like everything, is on hold. The annual NHL Draft was slated for June, but has since been cancelled because of the pandemic.

The next draft is expected to be scaled down in much the same way it was coming out of the 2005 lockout, when Sidney Crosby was selected by the Pittsburgh Penguins in a hotel ballroom rather than in a stadium packed with fans.

Either way, the game is becoming less Canadian and more international with each passing year.

Big changes were taking place in women’s hockey before the pandemic hit, and they are likely to continue.

The demise of the Canadian Women’s Hockey League (CWHL) last year was widely reported. Soon after, most of the world’s top players vowed to stay out of domestic competition until a sustained league could be formed.

Hall of Famer Jayna Hefford, who was the CWHL’s commissioner when the league folded, paraphrases Canadian comedian actor Gerry Dee when summarizing that stance. “He said, ‘You shouldn’t be the best at anything and earn just $2,000 doing it.’”

A native of Kingston, Ont., Hefford is a four-time Olympic gold medallist and the driving force behind the Professional Women’s Hockey Players’ Association (PWHPA), an organization formed last year to advance the women’s game and establish a viable professional league.

Hefford says she is gratified by the NHL-like crowds at the Olympics and World Championships, as well as recent Canada-U.S. games that would crack the ‘best-of’ lists played by either gender. Many Canadian and American girls also no longer have to drive hours to play, as was often the case when she was growing up.

But more needs to be done, she says.

The PWHPA’s Dream Gap tour this season was designed to draw attention to bridging the divide between grassroots girl’s hockey and elite competition. Better infrastructure is needed, as is comparable pay with other elite women’s sports such as tennis or soccer.

Hefford wants to establish a framework that will allow a professional women’s league to grow and prosper. Her targets for 2030, therefore, are simple.

“We hope to have our own league established long before that,” she says. “Our goal is to have one up and running in the next few years.” 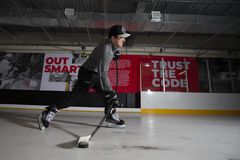 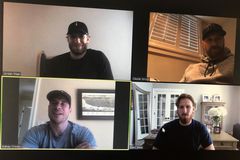 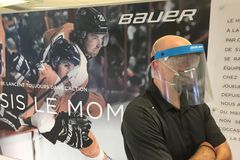