You start with the court. It’s a badminton-size court that lulls players into thinking they can cover every speck of it, return every shot. They can’t. You look at the wooden paddles, bigger than the ones for table tennis but smaller than the paddles pizza makers use to slide their pies into the oven. Then you look at the plastic ball with holes cut into it so the air will slow it down or make it flutter like a Phil Niekro knuckleball.

Lump all this together and you have a game that is not badminton, not tennis, not table tennis, not paddle tennis. What you have is pickleball, an everything-into-the-pot activity that borrows from all those games and continues to bill itself as the fastest-growing sport in North America, and with good reason.

In its most recent report, the Sports & Fitness Industry Association indicated there were more than three million players in the United States. In Canada, it has been estimated there are 75,000 pickleball players, 16,600 of which are registered with Pickleball Canada. Alberta has the highest number of registered pickleballers in the country with 4,000 from 23 affiliated clubs. The game is especially popular among seniors who want something to do that’s livelier than checkers but less dangerous than cliff diving.

“Last year we got some great TV coverage in the U.S.,” says Doug Thomson, the president of Pickleball Canada. “CBS Sports picked up the U.S. nationals and showed people how the game can be played [at its highest level]. Somewhere down the road, it’s going to be part of the Olympics.”

Before going any further, it is best to settle the misconception that has hounded pickleball almost since its inception in 1965. Was it really named after Pickles, the cocker spaniel who sprang into action every time a stray ball rolled by? No. The real story – much like the game itself – is different. Joan Pritchard, whose husband was one of the game’s originators, mentioned how the last boat to finish a race was tagged the pickle boat. (There’s also a version that suggests the pickle boat’s crew was made up of rowers who were passed over by other boats.)

Businessmen Barney McCallum, Bill Bell and then U.S. congressman Joel Pritchard figured pickleball was too daffy a name to ignore, so they claimed it. Two years later, the Pritchards got a dog and called it Pickles. The three families, who all spent their summers on Bainbridge Island off the coast of Washington state, invented the format and fine-tuned the rules to keep everyone and their dog happy. Those rules led to such pickleball terminology as “dinks in the kitchen.” Translation: a dink is a soft shot that lands in a designated area labelled the kitchen, which forbids players from standing at the net and Whac-A-Mole’ing every return.

Eventually, its founding fathers brought pickleball to mainland Washington, where word of it took off. So did the requests for information about where paddles, nets and those plastic balls could be purchased. Pickleball Inc. was formed, and it began filling orders as the game spread from the warm States to Mexico, Canada and places beyond. And that’s how pickleball went from a cottage industry to an at-home business to what it is today, a much bigger business. With competition for all.

“I’ve always played court sports – squash and tennis – and people who play court sports grasp [pickleball] pretty quick,” says Cal Morstad, a 63-year-old Calgarian who heads a property-management and mortgage-lending company. “I’m not interested [in playing elite-level pickleball]. I’ve got a lot of bad joints. So if I miss a ball, I just say to my partner, ‘It’s not worth ripping a knee to get there.’ And it’s understood. We play to have fun and to socialize.”

That the game doesn’t hinge on how physically strong you are has attracted many to pickleball. At its core, it’s more of a finesse sport, where only underhand serves are allowed and it’s necessary for players to know how to unleash a soft shot that skims over the top of the net then lands like a feather before anyone can get to it. “It’s a game of touch,” Morstad says before he is asked what one attribute makes for a good pickleballer.

Another thing working in pickleball’s favour is the endorsement it has received from tennis players. It’s not that tennis is losing its best performers to a rival sport; it has more to do with cross-training. Tennis players like the quickness of pickleball and how it can sharpen their reactions.

“There are people transitioning from table tennis and tennis and getting into the game,” says Marcel Latouche, Pickleball Canada’s vice-president of development, who also worked for Tennis Canada. “The only problem we have is in Calgary, where there is a lack of facilities … and the city [councillors] do not want to talk about it.”

Calgary’s City Council had to deal with the 2026 Winter Olympics bid last year – it was voted down in a plebiscite last November – and is now looking to secure funding for four projects, one of which is a field house. Could pickleball be part of a new field house, which would be located near the University of Calgary? It depends on the size and configuration of the building. Meanwhile in Edmonton, pickleball officials have made it known they are interested in several of the arenas designated for closing because of rising maintenance costs.

Pickleball Canada has also talked with Tennis Canada about sharing public tennis courts. An increasing number of participants could help position the sport for inclusion in a Commonwealth Games. Should that happen, the possibility of pickleball becoming an Olympic event won’t seem so far-flung.

But first, Thomson wants to see a shift in the player ranks “from an older generation to a younger generation,” a trend that will make for extended volleys and more intense matchups.

“We are doing some research right now to explain why it is a benefit not just for older people but for younger people,” Thomson says. “So we’re going to start talking to the education people in Alberta. I think we’re going to see high schools replacing badminton and tennis. For every tennis court, you can have two pickleball courts.”

Two courts for the paddle sport with the silly moniker. 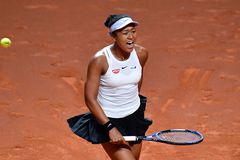 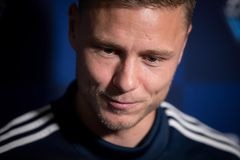