The Toronto Raptors reached a significant milestone in franchise history Friday night, sewing up the No. 1 playoff seed in the Eastern Conference.

They did so with a 92-73 victory over the Indiana Pacers that puts the top seed out of reach for the second-place Boston Celtics, assuring the Raptors home-court advantage through the Eastern Conference final. It was Toronto’s 57th win, which set a new single-season franchise record.

Still the Raptors’ celebration was subdued. The real journey is just beginning, and there are much bigger mountains to summit.

“It’s gratification but you’re not satisfied…we haven’t got to where our ultimate goal is,” said Raptors Coach Dwane Casey. “But it’s a feeling of gratification from where we started seven years ago, bottom of the conference so to speak, bottom offence and defence. You guys have seen it from Day 1, the guys developing, DeMar DeRozan coming from a young skinny kid from USC to where he is now, Kyle [Lowry] coming in, Jonas [Valanciunas] coming from Lithuania and growing through his growing pains. There’s a sense of gratification, watching the growth of the program, of development of the program from scratch to the No. 1 seed in our conference.”

The Raptors weren’t totally playoff polished Friday night. Their defensive intensity was terrific for a second straight game, but their three-point shooting wasn’t stellar and they turned the ball over way too many times. Still, they held a tired-looking Pacers team to 30 percent shooting.

Serge Ibaka had 25 points – the most he’s scored in a Raptors uniform – to lead the way for Toronto. He hit five three-pointers and added eight rebounds.

DeMar DeRozan added 12 points on 5-of-17 shooting, along with eight assists, while Kyle Lowry had nine points on 3-of-11 shooting from the field and contributed nine assists.

It was Toronto’s second-last home game of the regular season. The Raps were coming off a bounce-back Wednesday win over the undermanned Boston Celtics, who trailed them by three games in the East standings.

The Pacers came to town on the tail end of a back-to-back and had won six of their past seven games – including two over the Golden State Warriors without Steph Curry. They sat in the fifth playoff spot, narrowly following the fourth-place Philadelphia 76ers and third-place Cleveland Cavaliers.

Drake was nestled in his courtside seat again Friday, as OVO and the Raptors co-hosted the last in a series of Welcome Toronto-themed home games, complete with the black and gold court and uniforms.

The Raps had beaten the Pacers in Toronto eight games in a row and looked right on course to make it nine as they jumped out to a 26-14 lead.

Ibaka set the tone early with his three-point shooting, and sophomore big man Jakob Poeltl exploded in a wildly active nine-minute stint – 10 points on 5-of-5 shooting in nine minutes, along with four boards.

Despite leading, the Raptors were struggling in some key areas. While Ibaka had hit a trio of three-pointers in the first half, his teammates were shooting ice cold from deep. By halftime, Toronto was a frosty 4-of-16 from beyond the arc. The Raps had also turned the ball over an alarming 11 times. They were fortunate, though, as the Pacers shot an abysmal 25 per cent from the field. Toronto managed to take a 45-33 lead into the locker room.

Lowry was 3-of-8 from deep, and Delon Wright hit a late one, but otherwise the Raps – a team that has thrived this season focusing on ball movement – struggled from three. They hit just 9-of-30.

While holding a hefty lead over Indiana in the fourth quarter, Toronto was able to get some valuable rest for its starters and some more minutes before the playoffs for role players such as Lucas Nogueira and Norman Powell.

The Raps did have a concerning 23 turnovers, which Indiana converted for 14 points. Still the Pacers were held to just 29-per-cent shooting.

“The main thing we’ve got to do is what we’ve done the last couple of nights, I thought our intensity and our give-a-crap level was much higher than it was in those previous three games,” said Casey.

The Raptors will play their last home game on Sunday against the Orlando Magic, before finishing the regular season on the road in Detroit and Miami. The NBA playoffs begin next weekend. It’s the first top playoff seed for the Raps, and they still have a chance to become a 60-win team.

“We’ve got home court advantage throughout the playoffs so let’s use that to our advantage,” said DeRozan, who also reflected on the journey in Toronto since he was drafted by the Raptors in 2009, through the rebuilding years, to now.

“It’s been a rollercoaster. You have your great days and you have your bad days and it’s a grind like any other grind. You stay focused and understand you’re fighting for something bigger than yourself. Through the process, you realized you’ve accomplished some things bigger than you can imagine.” 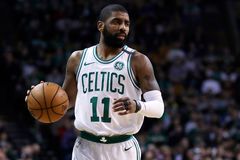