Before the Raptors had even played Thursday’s Game 6, Kawhi Leonard was making the case for the Zen approach to basketball.

Somebody asked whether he felt any pressure to finish out the Philadelphia series early, in order to match the pace set on the other side of the bracket by the Milwaukee Bucks.

“No,” Leonard said. “Not to me. I don’t look at other teams’ success and try to make it ours. We are our own unit.”

He might want to start, because his self-contained unit is now in danger of imploding.

What should have been a done deal has become a coin toss. As is their habit, the Raptors will teeter on the edge of disaster in a Game 7 to be played Sunday.

Toronto was not just beaten on Thursday night. They were left hanging half-in and half-out of a car while the Sixers repeatedly slammed the door on them. It ended in a 112-101 Philadelphia win.

Remember all those good vibes after Game 5? That was fun. Now it’s crushing angst and that familiar, strangely comforting feeling that a Toronto sports team is about to find new, highly creative ways to lose.

This series has been defined by wild swings of momentum. After game 3, Toronto was finished. A couple of games later, they couldn’t lose.

After Game 6, you have decided that momentum is an overrated concept, especially as it concerns predicting the results of basketball games.

The portents for Game 7 are these – Philadelphia’s Ben Simmons finally woke up and realized they are paying him to play the game, rather than just look good in the uniform; Joel Embiid no longer appears to be hours from death; Jimmy Butler is still surly; Philadelphia coach Brett Brown has one more game to go before he almost certainly loses his job. That’s a fair bit of motivation.

On the Toronto side, we have the Lassie routine. All the Raptors are trapped down a well and Leonard is Timmy’s mom. Only he can save them.

When things go wrong for this team, they always do so in the same way. Poor shooting; headless chicken-ism in the offensive zone; the bench going AWOL; a tendency to overthink simple things. The every-other-night wall-flowering of six or seven of eight regulars on the Raptors is getting hard to understand.

The running theory on the way into the night was that the Sixers could not afford to fall behind. Uncooperatively, Philadelphia decided that amongst two options – give up or try – they would take door number two.

Opinion: Sixers’ mood goes from tense to ‘in ruins’ after Game 5 loss to Raptors

Opinion: The Toronto Raptors must convince Kawhi Leonard to stay. They’re running out of time

The audience – probably the angriest in all of sports – might have poured onto the court and killed them had they chosen door number one.

Their energy drove the Sixers out to a quick lead. Toronto was down eight after only four minutes. Midway through the second, it was 19. A truly ugly loss seemed in the offing.

Toronto’s first unit went on a little 12-0 run in the second quarter. That was largely down to Sixers’ stiltless stilt-walker, Boban Marjanovic, who is as nimble as a stone pedestal. Toronto kept cleverly going around him.

The crowd grew irritable. After the Sixers decided to have a talk about things, they returned to the timeout huddle showered in boos.

This connected to the guy sitting behind me who kept angrily shrieking, “NICE SUIT, NICK” at Raptors coach Nick Nurse during any momentary silence. Nurse was wearing a plain black suit. It really was nice. In this town, that’s a problem.

Philadelphia – fun to spend time with, but do not turn your back on it.

Toronto faded again as Philadelphia pressed. By the end of the half, they trailed by fifteen. More to the point, they looked defeated as they left the court. Gasol was cursing at himself. Danny Green was ashen. Only Leonard seemed his imperturbable self, which could mean he’s thinking anything, really.

In the second half, Toronto hung in for a while, but never threatened. The emblematic move of the night saw Leonard throwing up a desperation floater and Embiid swatting it down the court in a sort of unintentional intentional pass. That was the third quarter. That’s when people on press row began cancelling weekend hotels in Milwaukee.

There will now be two days of idleness before the decisive contest. One can imagine how reasonable the discussion around the team will be during that time. If not quite ‘pitchforks out’, then pitchforks put by the door where they can be easily accessed.

The Raptors have largely avoided Game 7s through their history (by avoiding the playoffs altogether much of the time).

But the iconic game in the modern history of this team may be the final one against Brooklyn five years ago. That was the club’s first playoff appearance in several years. Every other sports franchise in the city was terrible and had been so for a while. There was a lot of pent up joy that came out during that short run.

That Game 7 provided the most electric atmosphere I have ever experienced in what is now the Scotiabank Arena. Toronto was the length of one extended Paul Pierce digit from winning it.

Now they have another single game in which to define the direction of this franchise.

If Toronto wins it, they’ve hit their annual targets. They’ve done enough to justify all the risks taken this season.

If Toronto loses, the entire campaign is a colossal disappointment. They’ll look back at Thursday night’s game and think, ‘Were they that good, or were we that flat?’ And then the pain really begins.

Toronto Raptors know now is not the time to ease up against Philadelphia 76ers
May 8, 2019 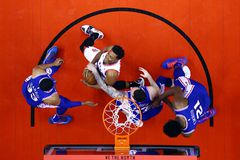 Opinion
The Toronto Raptors must convince Kawhi Leonard to stay. They’re running out of time
May 6, 2019 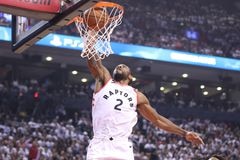 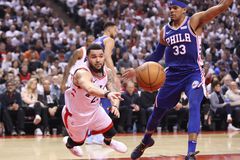