The Buffalo Sabres fired coach Ralph Krueger on Wednesday, who failed to make it through the second season of his three-year contract, and with the freefalling team in the midst of an 0-10-2 skid. The Sabres made the move in the morning following a 3-2 loss at New Jersey, against a Devils team which snapped an 11-game home winless skid. Assistant coach Don Granato takes over on an interim basis, with Buffalo opening a two-game home series against Boston on Thursday. Assistant Steve Smith was also fired. Krueger is the third NHL coach fired this season, after Montreal dismissed Claude Julien and Calgary replaced Geoff Ward with two-time Stanley Cup-winning coach Darryl Sutter. Buffalo’s winless streak matches the third-worst in team history, and longest since losing a team-record 14 straight midway through the 2014-15 season. At 6-18-4, the Sabres rank last in the NHL in victories and points, and have been shut out as many times as they’ve won this season.

Shapovalov advances to quarter-final in Dubai

DUBAI, United Arab Emirates — Canada’s Denis Shapovalov is heading to the quarter-final of the Dubai Tennis Championships after beating Poland’s Hubert Hurkacz 6-4, 6-3 on Wednesday. The third-seeded Shapovalov, from Richmond Hill, Ont., won for the first time in three career matches against the 13th-seeded Hurkacz. Shapovalov won 90 per cent of points (28-of-31) when he got his first serve in and saved the only break point he faced in the third-round match of the ATP Tour 500 event. The Canadian will face world No. 53 Jeremy Chardy in the quarter-final after the Frenchman upset No. 8 seed Karen Khachanov of Russia 6-7 (3), 6-4, 6-4. Shapovalov has a 2-0 career record against Chardy.

The OHL will receive $2.35-million from the Ontario government as part of $15.3-million in funding to support sport and recreation organizations and high-performance athletes during the COVID-19 pandemic. The OHL funding will be for the league’s postsecondary education scholarships for athletes with its 17 Ontario-based clubs. Each OHL franchise will receive approximately $138,000 for help with player scholarship commitments. Saskatchewan has given $3-million combined to its five WHL teams. Alberta has introduced a program that allows WHL teams and other sports and arts organizations to apply for 25 per cent of eligible expenses on their two most recent financial statements. Quebec has given $12-million combined to its 12 QMJHL clubs. The OHL is the only one of Canada’s three major-junior hockey leagues not to start its season yet. Ontario is also promising to spend another $10-million on sports organizations such as Quest for Gold Canada and programs to help youth and families to regain confidence in sport and recreation activities.

As the NFL opened its business year Wednesday, teams were doing a whole lot of, well, business. The 49ers held onto the best tackle who could have become a free agent, giving Trent Williams the richest contract ever for an offensive lineman. Raiders coach Jon Gruden, who likes speedy wideouts as much as he enjoys watching game film, added John Brown, recently cut by Buffalo. Detroit took away one of division-rival Green Bay’s offence pieces, giving a two-year contract to running back Jamaal Williams. And Washington stayed busy by agreeing with cornerback William Jackson on a contract worth US$42-million over three years with US$26 million guaranteed, according to a person with knowledge of the deal. The person spoke to The Associated Press on condition of anonymity Wednesday because the team does not release contract terms. 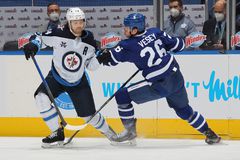 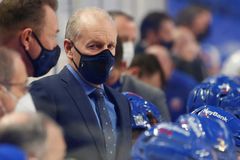 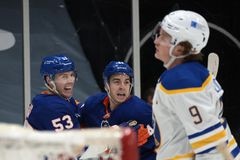