It has become the done thing on either side of North America’s left-right political divide to spend a lot of effort bemoaning the End Times.

Obviously, our culture is mid-collapse. Just look at the hellscape outside your door.

Many of these brave millenarians still get up each day, go to work, complain about work, come home from work, buy a lot of junk they don’t need and plan three vacations a year.

But other than that, life is worse now than the really tough parts of the Dark Ages.

Here in Sports, we try to be positive. We’re always giving it 110 per cent – even the looming destruction of Western civilization.

So here are a few things that gave us hope for humanity over the past year.

They got together and held hands at the Pyeongchang Games, which was a big deal if you were on the ground as it was happening.

In between soap operas I very badly wanted to understand, and a weird type of bumper pool Koreans have a mania for, it was all you saw on domestic TV.

I couldn’t understand any of it, but there was something with a train. Also, a lot of men striding across large, marble halls with great purpose and then shaking hands for 15 solid minutes. It seemed friendly to me.

And we thought, if these guys can patch it up in order just to hold a party, why can’t we bridge our political divides? Sure we can. All we need is our own Olympics to … wait, forget it.

It’s difficult to pinpoint when Federer was born because it was before the creation of computerized records, but it’s a while ago.

The Immortal Fed was already arguably the coolest guy on the planet and certainly the only person alive capable of looking cool while wearing a headband. But this year he became a geriatric hero.

What are you, thirty-something lump who has given up on the future, doing with your life? Roger Federer is still out there winning Grand Slams. His back is held together by thumbtacks and a male corset. The man only just conceded to using a real racquet instead of a Ping-Pong paddle. He sleeps on a bed made of hundred-dollar bills (which he has shredded for added comfort). He abides.

If Federer can maintain his dignity in the face of disaster, then oughtn’t the rest of us at least try?

It meddled in the U.S. election. It invaded its neighbours. It cheated at the Olympics.

If Russia had done anything like this in the 1960s, there’d be a dozen proxy wars kicking up and a 1-in-4 chance of a full nuclear launch. But we’ve grown since then.

So instead of slapping back, we decided to give the Russians a pass on that cheating thing. Those scamps. Maybe they got confused about which urine goes in which bottle? It’s the sort of mistake anyone could make. In a secret laboratory staffed by spies. Who are we to judge?

We’re pretty sure they won’t ever do it again. Because if the modern era has taught us anything, it is that getting off scot-free is the first step toward changing.

If you listen to the experts, they’ll tell you that the place you are currently sitting while reading this will be underwater in a few years.

Experts. Did these same ‘scientists’ predict that an expansion hockey team would make the Stanley Cup final? Did they give me a call and say, ‘We know you’re chronically short of cash, so we’re going to give you a little wagering advice that you’re not going to believe’? No, they did not. They didn’t see it coming. There’s some solace to be taken from that.

Granted, nobody with a STEM PhD is investigating the NHL phenomenon. And hockey is not climate science. But until every single one of us gives up eating beef, taking Ubers and flying on airplanes, divine signs and blind faith is all we’ve got.

Easily the most Canadian sports story of the year. A few guys – including an Olympic gold medalist – got overrefreshed before a bonspiel and then ran amok.

‘Running amok’ in curling terms means cursing at volume and breaking a couple of brooms in frustration. This is me every time I try to find something on my own at Home Depot.

Other countries would have been upset. Not at the curlers. Lord knows that in these times, we all need a drink or 15. But at the rest of the world for laughing at us for doing something so ridiculously Canadian.

For once, Canada did not overreact. No apologies. No hurt feelings. We laughed along with the rest of them. Knowing full well that in the Mad Max future to come, they will need our crude oil and fresh water and we won’t be sharing.

He got drunk at the Stanley Cup after-party and stayed that way for the better part of two months.

You have a blood-alcohol index. Post-Stanley Cup Ovechkin had an alcohol-blood index. He was blowing 0.40 – of blood.

Maybe that’s what happened in the secret lab? Who are we to judge?

The Cleveland Browns intersect with competence

The most important lesson sports can teach the non-sports participant has nothing to do with teamwork and fair play. That’s a bunch of loser talk meant to keep us proles down.

The wisest idea you can take from sports is that, eventually, every dog has its day. That dog may be irretrievably stupid and bent on self-destruction, but the great Karmic wheel turns for all of us. Even the idiots.

That’s how the Cleveland Browns finally discovered something that looks like competence. They didn’t start making the right decisions or stop making the wrong ones. They just made a whole bunch of decisions and, as will tend to happen, all those terrible decisions coalesced into something ordered and rational.

Since the rest of us are also making very few good decisions at the moment, there’s hope in that.

Opinion
Seven reasons for hope amid the hellscape that 2018 leaves behind
December 25, 2018 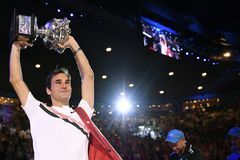 Opinion
The ‘Stro show’ likely won’t be back for another season – he doesn’t fit the Blue Jays' program
December 23, 2018 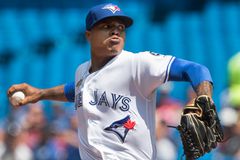 Opinion
Why Canada cares so very, very, very much about the World Junior Championships
December 21, 2018 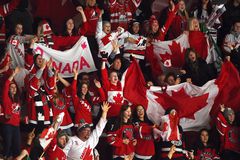