Canada secured the first match of the new ATP Cup with Denis Shapovalov and Felix Auger-Aliassime winning their singles matches against Stefanos Tsitsipas and Michail Pervolarakis of Greece.

The Canadians swept Greece 3-0, with Shapovalov holding off No. 6-ranked Tsitsipas 7-6 (6), 7-6 (4) after the 19-year-old Auger-Aliassime beat Pervolarakis 6-1, 6-3 in the first singles victory of the tournament. They also teamed up to win the doubles.

The 24-team tournament is kicking off the men’s tennis season for 2020, with matches underway Friday in Brisbane and Sydney on Australia’s east coast and Perth in Western Australia state.

The Canadians took an unassailable 2-0 lead ahead of the doubles match when Shapovalov, from Richmond Hill, Ont., won his singles match in just over two hours in Brisbane. Auger-Aliassime, from Montreal, needed only 69 minutes to complete his win over the Greek No. 2 who finished last season at No. 487 in the rankings.

“It’s always amazing to be part of the team and have kind of a team feeling – it’s pretty rare on the tour, so I definitely love it and I always feel like I thrive off that atmosphere,” Shapovalov said. “So, yeah, I’m really happy, happy with the result today.”

No. 15-ranked Shapovalov now has a 3-1 lead in career meetings over Tsitsipas, the ATP Finals champion, who was unable to convert his breakpoint chances in the seventh and 11th games of the second set and had a double-fault on match point.

“It’s definitely a huge win for me. Obviously, he had an unbelievable end to the season and he’s definitely one of the top players in the world right now,” Shapovalov said. “He’s got a great game. So to beat a guy like this first match of the year, it’s really special for me. It means a lot.”

Meanwhile, Nick Kyrgios served 20 aces in a win that cost him $4,000 in local currency and helped set up Australia’s opening ATP Cup win over Germany.

It was all for a cause. Kyrgios, so often considered the bad boy of tennis for his emotional behaviour and outbursts, promised to donate 200 Australian dollars ($180) for every ace he serves this month to go toward the recovery effort from the wildfires that have devastated parts of Australia, leaving at least 19 people dead and 1,400 homes destroyed.

He opened and closed his 6-4, 7-6 (4) win over Jan-Lennard Struff on Friday in Brisbane with booming, high-value serves – including a second-service ace down the middle to close it out.

Alex De Minaur followed that up with an upset over No. 7-ranked Alexander Zverev, trailing a set and a break before rallying to win 4-6, 7-6 (3), 6-2 at Pat Rafter Arena. Australia also won the doubles to clinch a 3-0 sweep of Germany.

Kyrgios devised the cash for aces idea earlier in the week and inspired other fundraising efforts from other players and from organizers of the ATP Cup and the Australian Open.

He said he was lifted by the crowd and motivated by the plight of people struggling in parts of the country impacted by the fires, including his hometown of Canberra. A tournament had to be relocated from the Australian capital to Victoria state earlier Friday because of poor air quality related to the proximity of the fires.

“It’s tough,” Kyrgios said, choking back tears and wiping his face with his towel in an on-court interview. “[The money raised] is going to the families, firefighters, animals, everyone who is losing homes, losing family – it’s a real thing. It’s bigger than tennis, you know.

In Perth, Russia beat Italy after Norway rallied to edge the United States in Group D.

“What I need to do is really just put this match behind me as best as I can, because at times it wasn’t pretty out there,” Isner said. “So hopefully I can fix some things and try to play a little bit better on Sunday.”

Fifth-ranked Daniil Medvedev gave Russia a 2-0 lead against Italy when he beat Fabio Fognini 1-6, 6-1, 6-3 in the second singles match.

In Sydney, Belgium secured the best-of-three match against Moldova, the last team to qualify, when Steve Darcis held off Alexander Cozbinov 6-4, 6-7 (4), 7-5 and David Goffin beat Radu Albot 6-4, 6-1. The Belgians then won the doubles for a 3-0 sweep. The Moldova team got a formal apology from tournament organizers after the wrong national anthem was played before the match.

Some players have questioned the rationale of playing the new team event so soon after the Davis Cup finals in November, but the first day of competition drew praise for some of the innovations – including the court-side team zone where coaches and players gather during the matches.

”It was fun,“ Goffin said. ”For my part, two coaches on my right and on my left during the matches. It’s something great. And we won the first tie, so at the moment it’s 10 out of 10.“

The winners from each of the six groups and the two best runners-up will advance to the quarter-finals, which will start in Sydney on Thursday. 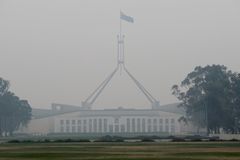