For the past 40 years – since the creation of ESPN and the 24-hour-a-day highlight reel – we have lived in the era of Big Sports.

Big Sports penetrates every layer of our culture, all of the time. It dictates what we watch, who we watch it with and how we arrange our lives. Super Bowl to start the year. Hockey and basketball playoffs to connect spring to summer. Wimbledon to kick off the holidays. The U.S. Open to end them. Then we go back to school and it starts all over again.

For the first time in those four decades, Big Sports was switched off on Thursday. It is not likely to be turned back on for many months.

Our society has much bigger fish to fry over the next while, but somewhere in there, we’re going to see what our lives look like without live, nightly, athletic entertainment to distract us.

The NBA was the first to fall on Wednesday evening, putting its season on hold after a player tested positive for coronavirus just before the start of a game.

Throughout Thursday morning, lesser leagues followed suit. Major League Soccer pulled the chute around noon. The NHL waited until after a 1 p.m. conference to call it a day. Major League Baseball cancelled spring training and said the season – scheduled to begin March 26 – would be delayed by two weeks.

The mooted idea of playing in front of empty stands – something that seemed unrealistic a week ago, and seems even moreso today for the completely opposite reason – didn’t get much of a hearing. The NBA’s decisiveness made everyone else’s tendency to dither untenable.

As announcement after announcement went out – at one point, they were landing in sportswriters’ inboxes like spam – each of them leaned hard on the postponement angle. The NHL called it “a pause” in the season.

That seems unlikely. Based on earlier outbreaks, the spread of COVID-19 is still headed toward a peak in North America. Tactics to combat it are shifting from containment to “flattening the curve” – slowing the rate of infection so that the medical system does not collapse under a critical mass of the sick. What could be horrible and quick may in the end be less horrible, but also take longer.

Nobody’s going to be restarting an entertainment business while an existential fear still exists. If there were an option to continue on in fan-free arenas, it’s off the table now. Restarting things before this is fully contained would seem ghoulish. No one is going to want to be the first to do so.

This all sounds simple and sensible. If you don’t want people to get sick, you keep them away from each other. Even the players – all of whom have been told to go home and await instructions that may be months coming – are at risk of creating contagion vectors among themselves.

But occasionally the effect of rational things is bizarre. Already, nothing is the same. All our routines have been thrown out of whack.

On Wednesday, we watched Vince Carter – who has been publicly retiring for years now – finally pull the cord in a postgame presser no one paid any attention to.

“It’s a weird way to call it a career,” Carter said.

Yes, but it’s probably the least weird thing that’s going to happen in the next little while.

A few outliers were still trying to hang on.

The NCAA stuck with its empty-houses approach to March Madness until midafternoon, and then acquiesced.

In Europe, stakeholders said they would discuss turning Euro 2020 into Euro 2021. It won’t be a long discussion.

These people were still living in the world that existed in early March. The one in which impending disasters tend to fizzle.

The new reality is that Tom Hanks has become our bellwether for exactly how much trouble we’re in.

The actor announced Wednesday that he tested positive for novel coronavirus. He is 63 years old, robust and rich as Croesus.

If Hanks gets out of this okay, people will think, “This might not turn out to be so awful.”

If he doesn’t, many of the same people will give in to panic.

That’s how wild this has become – keeping our collective grip may depend on the immune system of the guy who starred in Turner & Hooch.

None of them is a Tom Hanks, but athletes can still do some good.

On the one hand, they’ve already demonstrated what not to do. Rudy Gobert, the infected Utah Jazz player who prompted the NBA to pull down the shutters, jokingly touched all the digital recorders at a news conference. His locker-room horseplay may be the reason teammate Donovan Mitchell tested positive on Thursday.

Don’t be a Rudy Gobert.

Instead, be an NHL. Take strong preventive measures that, for now, are just an interruption in normal operating service. Even if you don’t believe that’s true, pretend it is. Life will be more bearable that way. Like happiness, optimism is a choice.

Actually, there’s a line in a Tom Hanks movie about this, the one in which he’s a lawyer defending a Soviet spy.

Things keep getting worse and Hanks keeps saying to his client, “You don’t seem worried.”

“Would it help?” the spy says.

In whatever time elapses between the end of Big Sports and it spinning back up again, we’ll have to find some other way to fill our nights and weekends. Something else to talk about, think about and, for a few of us, cover. It might even be freeing.

A week ago, back when things when different, I thought sports would help get us through this. That’s not going to happen now. Their role in whatever this is going to end up being is over.

What sports have become now is the light at the end of the tunnel.

We’ll know we’ve got to the other side when sports are ramping back up. I’ve waited anxiously for a lot of seasons to start in my life, but never one like this. 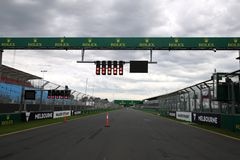 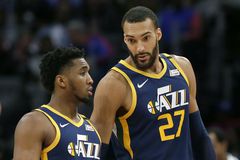 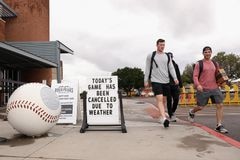