One of the few unmistakably good things to come out of the pandemic is that even those who had never before really grasped the importance of good mental health surely get it now. Demand for mental-health services has soared over the past 15 months, and “languishing” is now a part of corporate vocabulary.

Last month, even athletes such as U.S. boxer Ginny Fuchs and NBA star DeMar DeRozan – who had already discussed his struggles with depression – began opening up to Prince Harry and Oprah Winfrey in a new Apple TV+ series about emotional well-being.

At the very least, you’d figure that nobody would intentionally threaten or shame someone who said they were suffering from mental-health challenges.

Then along came the Four Horsemen of Tennis to set you straight.

Last week, Naomi Osaka, the world’s No. 2-ranked women’s tennis player, announced in a social-media post that she would not be doing any press during Roland Garros, the French Open tennis competition that began on Sunday.

In the moment, it felt like yet another shot across the bow of old media by a celebrity with growing online clout. Osaka has 2.2 million Instagram followers and almost one million Twitter followers, and last year earned an estimated US$50-million in endorsements from companies such as Tag Heuer, Louis Vuitton, Levi’s and Nike, which provide other platforms to speak directly to her fans. If part of the job of the press is to spread word of the accomplishments – and, increasingly, the beliefs – of those in the public eye, it also needs to hold power to account, including the influence wielded by a globe-straddling tennis player. Osaka seemed to be declaring she was above all that.

Indeed, she said in her statement that she didn’t want to have to listen to questions from “people that doubt me,” which seemed an unrealistic desire for a professional athlete.

But many suggested her note was focused on her own well-being. “I’ve often felt that people have no regard for athletes mental health and this rings very true whenever I see a press conference or partake in one,” she said, explaining that she had “watched many clips of athletes breaking down after a loss in the press room. … I believe that whole situation is kicking a person while they’re down and I don’t understand the reasoning behind it.”

In language that barely concealed her contempt for the professional tennis tours that pay (some of) her bills, she added that if, “the organizations think that they can just keep saying, ‘Do press or you’re gonna be fired,’ and continue to ignore the mental health of the athletes that are the centrepiece of their cooperation then I just gotta laugh.”

By referencing other players, it seemed Osaka was intent on leveraging her platform to take a stand on behalf of those with less power, as she had done to great acclaim last year in support of Black Lives Matter.

But if that was the goal, she might have consulted with them first.

Over the ensuing days, as the rest of the players in the French Open main draw fulfilled their press obligations, none of them exactly criticized Osaka; but neither were they rushing to join her revolution. “The press is part of the job,” Ash Barty shrugged. Rafael Nadal said while he respects and understands Osaka’s decision, “without the [press] who are writing the news and achievements that we are having around the world, we probably will not be the athletes that we are today.”

On Sunday, after Osaka won her first match and then, as promised, skipped her press conference, Roland Garros went to DefCon1. The press office issued an extraordinary statement signed by the heads of the four Grand Slam competitions – the Australian Open, the French Open, Wimbledon and the U.S. Open – saying they had jointly written to Osaka to “check on her wellbeing and offer support.”

They evidently had a funny way of showing that support. In their letter to Osaka, they said, she “was reminded of her obligations, the consequences of not meeting them and that rules should equally apply to all players.” She would be fined US$15,000 for missing that postmatch presser. And, they warned darkly, “repeat violations” of the Grand Slam Code of Conduct “could lead to more substantial fines and future Grand Slam suspensions.”

On Monday afternoon, Osaka pulled out of Roland Garros, saying in an apologetic Instagram post that she “never wanted to be a distraction and I accept that my timing was not ideal and my message could have been clearer.” And in a devastating reveal, she explained, “I have suffered long bouts of depression since the U.S. Open in 2018,” that she gets “huge waves of anxiety before I speak to the world’s media,” and, “in Paris I was already feeling vulnerable and anxious so I thought it was better to exercise self-care.”

In the aftermath of her withdrawal, expressions of sympathy for Osaka and critiques of Roland Garros poured in, in roughly equal measure. That seems fair: Just when Roland Garros and the rest of the Grand Slam gang were supposed to be playing empathic HR professionals, they’d turned into the tennis world’s hall monitors.

Still, it’s worth pointing out that, in her post on Monday, Osaka acknowledged she had announced her media boycott “pre-emptively.” That made it sound as if she had not even discussed it with members of her team, who might have been able to run interference for her and find some sort of compromise. Now, while she has everyone’s sympathy and understanding, she also looks as if she doesn’t have quite the same level of savviness off the court as she does on it.

Either way, tennis is about to have a mental-health moment. “I was saddened to hear of her withdrawal,” said Michael Downey, the president and chief executive officer of Tennis Canada, which hopes Osaka will appear at their marquee late-summer event, the National Bank Open, if government restrictions and other logistical issues will permit.

“Naomi is so darn good for our game both on and off court, so her withdrawal is very unfortunate. That said, I’m confident that the right people at the top of our game will open up a constructive dialogue with her so some sort of reasonable compromise can be found,” he said. “This is very important because it’s about mental health. I don’t know what that compromise is but it will be found.”

Naomi Osaka withdraws from French Open, says she will take some time away from the court
May 31, 2021 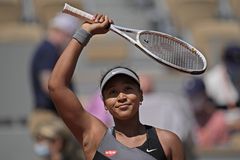 Bianca Andreescu eliminated in first round of French Open
Subscriber content
May 31, 2021 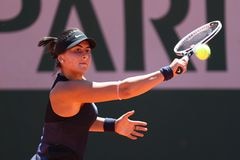 French Open: Federer shows no signs of rust as he wins in return to Grand Slam tennis
Subscriber content
May 31, 2021 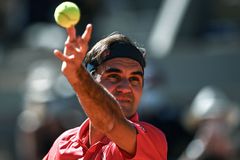