How little we remember of them, those Canadian ghosts of Stanley Cup finals past.

Since the last time the Montreal Canadiens established a baseline for pride in the national sport, just about everyone has had a kick at it. Vancouver came close. So did Calgary, Edmonton and Vancouver again.

What do you recall best about 28 years’ worth of stumbles at the last hurdle? In all likelihood, a photo of a couple making out in the middle of a riot.

If it’s a bad run of luck, people keep track of every small failure. That’s how you break the rut – by switching up your routines.

But if it’s a curse, there’s no point in remembering. You stop believing things can change.

You just have to accept that it always has been and always will be this way.

The same applies this year. No one who’s being honest with themselves believed in the Canadiens going into this year’s final.

Position-by-position, they are outmanned by Tampa Bay. Despite a lot of strong words to the contrary, that includes in net.

The Lightning have somehow managed the trick of being veteran and fresh-faced at the same time. The players are flashy and they are grinders.

Tampa Bay is the sort of team that could only be assembled in a place where no one cares about hockey, for the same reason the military bases secret projects out in the desert. The only way you’re ever going to build something really cool is if there’s no one looking and second-guessing you while you do it.

But while no one believed in the Canadiens as a purely hockey outfit versus Tampa Bay, a lot of people did have a weird, occult faith in them as curse breakers.

Montreal probably should not have made the playoffs, never mind the finals. What does that tell you? That the Canadiens must be enveloped by a powerful, inexplicable sports magic.

That magic was in evidence in Games 5, 6 and 7 against the Maple Leafs, who were hypnotized into giving up. It was there in Game 1 against the Jets when Mark Scheifele temporarily lost hold of his senses. It was fully engaged against the Golden Knights, when the Canadiens repeatedly leaned their weight against goaltender Carey Price and he held up all five guys.

This is what players mean when they say “momentum” and why the analytics crowd hates the word so much – it has no objective basis. Momentum is metaphysics for sport, a bit like chemistry, but more so. It’s what happens when guys who should not succeed are succeeding.

Well, so far, so much for that theory.

Tampa has beaten Montreal both ways to start this series. In Game 1, it outplayed the Habs. In Game 2, it outlucked them.

When the Canadiens turned a puck over in the neutral zone on Wednesday night with two seconds left in the second and it ended up in their net, you thought to yourself, ‘That’s the sort of goal Montreal used to score’. As though its run to this point happened a hundred years ago. The curse was reasserting itself.

But this is the moment of greatest possibility. It wouldn’t be a magical run to the Stanley Cup if the Canadiens found themselves up 2-0. That would be either a romp or a prime opportunity for a choke.

In order for the story to work, it requires an escape from certain death right at the end. Three-nothing is a bit too certain. But 2-0 works perfectly.

In the first round, I had a funsies bet with a co-worker. He’s a Canadiens guy, so I thought I’d be clever and corner him into wagering that way. I even rooked him on the odds – 2 to 1.

After Game 4, he texted to ask for my bank details. I replied, “It’s the Leafs. We’ll wait.”

I said it mostly because it’s the sort of thing you say in Toronto, but also because I had just a hint – the merest suggestion – of doubt.

(In fairness, I get this feeling a lot. Usually when the outcome would somehow benefit me via scheduling and/or deadlines. And it’s almost never right. But nonetheless …)

Montreal hasn’t really needed that whiff of outrageous good fortune since, but you can still feel the traces of it lingering.

Right now, would you bet on the Canadiens to come back? Not if you have any sense.

As of Friday morning, Montreal’s line in Vegas isn’t tempting – 8 to 1. Montreal’s down two games to nothing against the defending champions. It has been overpowered and outfoxed. It can’t score and its goalie looks like someone took his wet pads and put them in the dryer for an hour.

Outside the fact the Habs play at home on Friday night, there is nothing to suggest they will turn this thing around. The odds should be 80 to 1.

But in Vegas, where real money rides on the predictions, they can’t afford to depend on analytics alone. They know they have to include the supernatural in their calculations. That, and people who can afford to must be laying their money that way.

In any case, we can agree that Game 3 is effectively a Game 7. If Montreal wins, the momentum swings back in its favour. If Montreal loses, it’s cooked.

From a historic perspective, what would be the perfect outcome here? Montreal wins on Friday, loses on Sunday, and then Torontos Tampa Bay. That would be an all-timer, even for the team with more all-timers than any other.

Do you want that to happen? If you’re a Canucks, Flames, Oilers, Jets, Leafs or Senators fan, of course not. No matter how sad and Cinderella they seem in this moment, the Canadiens are your Wicked Stepsisters. Their success is your failure.

But right now, you may find yourself invoking the old sportswriters’ dodge – you aren’t rooting for an outcome, you’re rooting for the story. If Montreal can climb back into this, that’s some story.

Vasilevskiy slams the door on Habs as Lightning take a 2-0 series lead
July 1, 2021 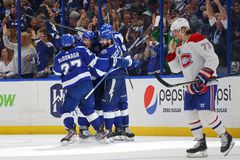 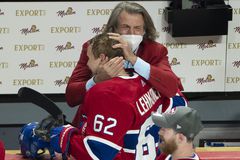 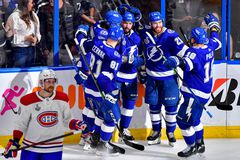