On Sunday, a dozen of the biggest soccer clubs in the world announced their intention to form a so-called European Super League.

By Monday, this potential schism had become a full-on shooting war.

Nobody stands to lose more in this bargain than UEFA, the governing body of European soccer. UEFA controls the Champions League, which is the tallest money tree in soccer’s financial ecosystem.

The ESL would render the Champions League meaningless, which would turn UEFA from an Apple Inc. of sports into a Texas Instruments.

Everything in life is a negotiation, so careful treading would be in order here. Meet UEFA president Aleksander Ceferin. Not a careful treader, he.

“I have seen many things in my life,” Ceferin said in a Zoom presser on Monday. “I was a criminal lawyer for 24 years, but I’ve never, ever, seen people like that.”

“I cannot stress more strongly at the moment that UEFA and the football world stand together alongside this disgraceful, self-serving project from a select few clubs in Europe fuelled by greed above all else.”

Okay, pull the cord out of the wall. It’s right there. Just yank it …

“We didn’t know we had snakes working close to us, but now we know.”

Elsewhere, Ceferin berated Juventus chairman Andrea Agnelli as a compulsive liar and “the biggest disappointment of all.” Ceferin is the godfather of Agnelli’s daughter. So you could say tempers are running slightly ahead of good sense at the moment.

Then Ceferin went straight to the nuclear option. If the ESL goes ahead, he has promised that every player on every one of the member teams will be banned from competing for his country at the World Cup and the European soccer championships.

That means no Lionel Messi, no Cristiano Ronaldo, just about no anyone who matters. Under Ceferin’s proposal, nine of the 11 players who started for eventual champions France at the 2018 World Cup final would be banned.

Which raises a philosophical question – can you call it a “World” Cup if the best players in the world aren’t there?

It’s not like anyone should be surprised by this development. The super-league concept has been banging around for years. But through constant retelling, it became a sort of bogeyman – be good or the super league will ruin everything.

It was widely presumed that the richest, most powerful people in the world – the sort who collect soccer clubs – couldn’t make the compromises necessary in order to start a business together.

But money does tend to make people agreeable, and the money involved is ludicrous. The new venture is being underwritten by U.S. investment bank JP Morgan Chase. It has promised a welcome bonus in the neighbourhood of US$300-million for each club that signs up. Just a little amuse-bouche before the global broadcasting-rights fees are served.

So imagine for a second you are Manchester United, one of the clubs pushing this idea.

United is no longer a Manchester team, an English team or a British team. It is a global enterprise. The club claims to have 250 million supporters in China alone.

The majority of those fans will never see their team play live. They cheer for the jersey, not the geography.

United is owned by the Glazer family, which is Florida-based and made its money in shopping malls.

From the Glazers’ perspective, what is their percentage in propping up 13 or 14 other teams in the English Premier League? Why not go straight to where the money is, and play your Barcelonas and Inter Milans every week? While you’re at it, why not own the league? And what’s with this whole promotion/qualification/relegation model? It’s your league, so you qualify automatically, year after year.

In Europe, they’re not handling this development well. Sweaty politicians stumbling out in public making promises they can’t keep and hysterical fans making threats they won’t follow through on. What are you going to do if Liverpool decides to go continental? Root for Everton instead? I think not.

Gary Neville, a former Manchester United great and a top-drawer analyst, captured the flavour of the debate in remarks that ought to have the instruction “remember to breathe” interspersed amidst them.

“Forget [the owners]. They have nothing to do with [Manchester United]. They’re just custodians. The fans that come into this ground that supported the club for 100 years are the people that matter, and we want competition and the ethos of the club,” Neville fumed. “[The owners are] just passengers in the night, as far as I’m concerned.”

That, my friends, is what we call communism.

In principle, the owners are not opposed to communism. They would just like it to be the sort where they get to form their own Politburo, one not in thrall to the collectivist yearnings of your Gary Nevilles and other non-shareholders.

None of this is revolutionary. If you’re looking for a pejorative, how about North American?

What is the NHL but a hockey super league? Ditto MLB, the NBA and the NFL.

The only difference is timing. Canada and America embraced the super-league concept back when England, Spain and Italy still treated their national sport as a cultural product instead of a business.

As a result, the fan economics of our games versus their game bear no resemblance to each other. You can buy a Manchester United season ticket for less than a single courtside seat at the Toronto Raptors. That things continued on as they always had for so long is what should actually shock people.

Once European football let a bunch of Americans (and Russians and Qataris) get in on the ownership action, we were always headed here. Billionaires don’t get that way because of their nostalgic streak. They’re in it for the growth opportunities, regardless of how painful.

And while tradition does tend to drive up the sale price, it doesn’t get you control. That you have to go out and take for yourself. 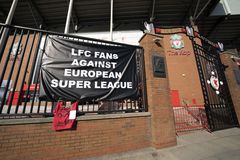 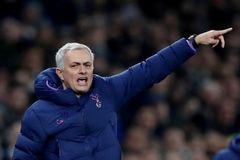 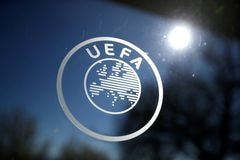