Rising Canadian tennis star Leylah Annie Fernandez talks to her father, Jorge, three or four times a day. They are close, even if the man who doubles as her head coach is home in Boynton Beach, Fla., while she’s in New York playing in the U.S. Open, prepping for her first Grand Slam semi-final.

Sometimes Mr. Fernandez gives his daughter coaching advice, like how to anticipate what’s about to open up on the court. Other times, it’s more personal, such as this week, when he advised her not to get distracted, saying, “fame is a traitor.”

It’s been an exhilarating week for Ms. Fernandez and for Canadian tennis. Another Montreal-born player, Félix Auger-Aliassime, is in the men’s semi-final on Friday, the first Canadian to reach that level at the U.S. Open. Both players have beguiled the vociferous crowds in New York.

Ms. Fernandez, who turned 19 on Monday, is only 5 foot 6, but a giant when it comes to her skills, chasing down impossible balls and fighting off the comeback attempts of her bigger and far more experienced opponents.

Mr. Fernandez, a self-taught tennis coach, has been watching the greatest run of his daughter’s tennis career from afar – her giant-toppling spree all the way to the U.S. Open semis. He also guides his other daughter, 17-year-old Bianca, a junior who has been competing in Spain. Jorge’s wife, Irene, is in New York and shows her exuberance as she watches their daughter’s matches from the player’s box seats in the stadium.

Ms. Fernandez’s slight stature and big smile belie her stamina and toughness, which is thanks in part to the training imparted by her father. Mr. Fernandez is an Ecuador-born former soccer player who moved to Canada in childhood. He wanted her to be like a soccer player, explosive, fit, fast and intelligent. He taught her to use angles wisely and look for openings on the court just as she would on a pitch. He often breaks out a soccer ball in her training sessions – including recently, when he wanted to snap her out of some troubles she was having with her serve. He doesn’t encourage her to lift weights, despite the fact most of her WTA opponents do.

Ms. Fernandez is ranked No. 73 on the WTA Tour, but you wouldn’t know it by her success over the past 10 days. Her ranking will climb inside the top 40, thanks to upset wins over stars such as Angelique Kerber, Elina Svitolina and defending champion Naomi Osaka. In Thursday’s semi-final, Ms. Fernandez aims to take out World No. 2 Aryna Sabalenka – an opponent five inches taller and four years older – to book a spot in Saturday’s final.

“You know, I tell her, ‘The art of being a great coach is understanding that you know nothing,’ ” Mr. Fernandez said by telephone from Florida. “And when you know nothing, all you do is get hungry to find out. People find it hard to understand the chemistry between me and my kids. When you connect with people, that’s the magic, that’s when you can do all kinds of unbelievable thingsher ran

Mr. Fernandez also co-ordinates with Duglas Cordero, a fitness coach he hired to work with her in recent months, with the expressed goal of helping Ms. Fernandez peak at the Open. Mr. Cordero is often shown on TV, Ms. Fernandez’s other emphatic supporter in her box, pumping his fists and cheering for the teenager.

The father admits he “swears like a drunken sailor,” while she never swears at all. On a video call to her this week, he jokingly cursed about her skyrocketing celebrity, and then offered this bit of advice: Keep your trusted people close, and don’t get distracted.

“‘Fame’s a traitor,’ that’s what I said to her,” Mr. Fernandez said. “That’s what makes [Rafael] Nadal special, [Novak] Djokovic special, it’s their ability to not let fame get them off their work.”

Mr. Fernandez never intended his girls to become tennis players. He bought them racquets when they were young because he wanted them to have fun.

He has always pushed his daughters hard, even though those watching haven’t always approved. He never pretended to know tennis. The father calls on tennis coaches and hitting partners to hone her technical skills. He helps with the strategy of the game, analyzing her opponents, building her mental strength and toughness and her ability to anticipate what’s about to open up on the court.

Ms. Fernandez’s stamina showed on Tuesday in New York as she defeated No. 5 seed Svitolina 6-3, 3-6, 7-6 (5) in a thriller that lasted 2 hours 24 minutes. For a day, Ms. Fernandez was the youngest U.S. Open semi-finalist since Maria Sharapova in 2005 – until Emma Raducanu, still 18, joined her on Wednesday in the women’s final four.

Ms. Fernandez becomes the third Canadian female singles player in the Open Era to make the U.S. Open final four, joining Bianca Andreescu, who won it in 2019, and former player Carling Bassett-Seguso, who reached the semis in 1984.

Mr. Auger-Aliassime is the first Canadian man to reach the U.S. Open semis. Ranked No.15 in the world, he beat Roberto Bautista Agut, Frances Tiafoe and Carlos Alcaraz on his way, winning over the New York crowds even after toppling the popular American, Mr. Tiafoe.

“I never thought a day like this would come,” Mr. Auger-Aliassime said in Tuesday’s postmatch news conference. “Both a little girl and a little boy from Montreal, both at the same time in the semi-finals of the U.S. Open. It’s special for us. But it would be amazing if we were both in a final, right?”

Although at 21, he’s the youngest man to advance to the last four in New York since Juan Martin del Potro hoisted the trophy in 2009, his first Grand Slam semi feels like a long time in the making. He started turning heads on the ATP Challenger Tour at 14. Like Ms. Fernandez, he won a junior Grand Slam title; she won the junior French Open at 16, Mr. Auger-Aliassime won the junior U.S. Open at 17.

If he beats World No. 2 Daniil Medvedev on Friday, he can finally crack the ATP’s top 10.

Mr. Medvedev, the outspoken 25-year-old from Russia, is in the semis at Flushing Meadows for the third consecutive year. He beat Mr. Auger-Aliassime in Toronto in 2018 when the 6-foot-4 Canadian was still fresh-faced on the ATP Tour.

Mr. Auger-Aliassime’s sister, Malika, has been in New York supporting him this week, while his father, Sam, and mother, Marie, were along for other recent tournaments.

Long-time coach Fred Fontang is with him on the road and a new addition to his team this year as well: Toni Nadal, the uncle and former coach of Rafael Nadal.

“Toni is a wonderful storyteller for us,” Mr. Fontang said in a phone interview from New York. “We wanted to add someone to share experiences about winning the big tournaments. When you go to the mountains, it’s good to have a guide.”

On one of his nights off in New York, Mr. Auger-Aliassime – who has played the piano since childhood – attended an outdoor classical concert. He went to see Quebec conductor Yannick Nézet-Séguin, who is also the music director of the Orchestre Métropolitain, the Metropolitan Opera and the Philadelphia Orchestra.

“It was good for him and he enjoyed it,” Mr. Fontang said of Mr. Auger-Aliassime’s musical interlude. “It’s a long tournament, you really have to manage your energy and you need to go outside the tennis sometimes. It’s like a marathon. You have to recover well and have some good times, too.”

The coach will know in the early going of Friday’s match if Mr. Auger-Aliassime is about to play his best. He has seen a certain look from his player on the court in New York during this tournament. 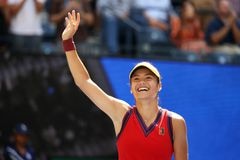 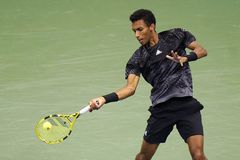 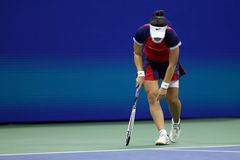