There is no good time to be bad at what you do, unless you happen to be a professional baseball team. If so, that time is now.

In sports business terms, the Red Sox are a FAANG team. They’re worth US$3.3-billion. They have a better than US$100-million-per-year local TV contract, every penny of which is their own. Their stadium sells out on the regular.

The Red Sox are an elite team in every way but one – the ‘team’ part of it. Boston’s off-season moves have been transparently designed to make a roster that was already mediocre a little bit worse.

This year, MLB is peppered with these sorts of teams – ambitious franchises that have entered their just-after-graduation, what’s-the-point, maybe-I’ll-move-home-and-live-in-the-basement phase. Some just aren’t trying, some are tanking and some are deep-water tunnelling.

The Colorado Rockies had the best third baseman in baseball, Nolan Arenado, under long-term contract. They just traded him for a two cans of ham and agreed to eat US$50-million of his salary.

Pittsburgh traded two of its best young pitchers for prospects. It already had good prospects – those two pitchers. Only in baseball does it make sense to exchange hunches that have worked out for a few more hunches that might not.

Cleveland traded Francisco Lindor, which is a little like the Giants trading Willie Mays a third of the way through his career.

Most of the clubs mentioned have earned some good will from recent success. But even the ones who don’t have that benefit can’t be bothered.

Seattle Mariners president Kevin Mather resigned this week after making charged comments about non-English speaking players during a speech to, of all things, the Rotary Club. Buried in that disaster of a presentation was another, less-discussed nugget.

Mather, a believer in the Yosemite Sam school of brand promotion, admitted the Mariners would likely hold back their two best young prospects in order to extend the club’s period of contractual control over them. That is a mortal sin under baseball’s collective bargaining agreement. But Mather just threw it out there, like it’s the obvious thing to do.

Two things are clear. A substantial portion of baseball’s over- and underclasses aren’t interested in even pretending they want to win this season. Also, I have to start going to more Rotary Club meetings. Five minutes under the hot (buffet) lights and people start spilling their guts.

Tanking isn’t new, but this sort of tanking is. The sort where multiple teams are tossing off good pieces like they’re on a plane that’s rapidly losing altitude.

Baseball is to blame. Or, more specifically, the way baseball has arranged its business.

This year will be an earnings disaster for MLB. The league has agreed to play a full schedule in front of somewhere between no paying customers and far-too-few paying customers.

The only real money anyone will make will be the sort already owed to them from existing broadcast deals, and through revenue sharing. Right now, most teams can probably estimate to within a few ducats where they will end up financially at the end of this season.

Winning won’t change that, nor will losing. ESPN pays the teams to play. They don’t pay them to be good.

Then baseball has December 1 staring it in the face. That’s when the current collective bargaining agreement expires.

All indications are that the cold war between owners and the union will then become a hot one. There is every chance the 2022 season will be delayed, shortened or cancelled.

Under those circumstances, why would you throw money into a team right now? It’s a little like starting a swimwear line just before nuclear winter.

Nonetheless, a very few clubs have taken Warren Buffet’s advice about being greedy when others are fearful. The most notable investors are the Dodgers, the Padres and the Toronto Blue Jays.

The Dodgers are a unique case. They have dynastic ambitions, and so much money (including an US$8-billion local TV deal) they are above fiduciary concerns.

San Diego and Toronto are big-market clubs who haven’t won anything in a long time, supported by fair-weather fanbases who have other entertainment options (in Toronto’s case, the Raptors and Leafs; and in San Diego’s case, the city of San Diego). They can’t keep this endless performance rope-a-dope routine going without risking irrelevance.

Everyone else is either standing pat or cashing out. There’ll be two races in MLB this year – to the top and to the bottom. It’s hard to say which will be more competitive.

Just about every conversation about baseball these days ends up at ‘So how do you fix baseball?’

Every ‘how to fix baseball’ discussion ends up with heads exploding. Most of the game’s problems defy renovation. You’d have to take the whole thing down to the studs and start over.

In this case, ending this spate of ambitious loserdom would mean imposing top-down control on an unregulated marketplace. That means a salary cap.

It won’t eliminate the problem, but it would disincentivize teams from being so bold about it.

Everyone knows that’s not happening. Neither the owners nor the players are keen on a salary cap. Why would they be? They’re all making out like bandits.

The players prefer the Hollywood model – a very few of them get super-yacht rich, while the rest get vacation-house rich.

The owners have no worries as long as their franchise values continue a two-decade-long spike. If they need to save a few bucks, they manipulate the market to lower costs across the board. That’s what’s happening now.

In the end, it’s not a question of whether baseball’s ungainly and intertwined business/competitive model is a bad thing, but who it’s a bad thing for. You get one guess, and it isn’t the players or the owners. 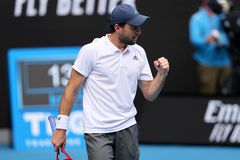 Opinion
Tony DeAngelo shows too much ‘personality’ can be toxic
Subscriber content
February 1, 2021 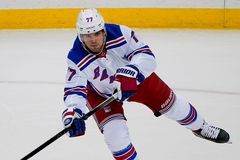 Opinion
When it comes to the MLB Hall of Fame, what does ‘character’ count for?
Subscriber content
January 26, 2021 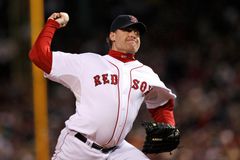