A couple of weeks ago, Justin Bieber showed up at a fight in Arizona.

Cameras followed him as he did the usual fashion perp walk through the bowels of the arena. ESPN and UFC got all excited about his appearance, broadcasting it on their social feeds. What didn’t merit their notice (maybe because the cameraman was doing his/her utmost to frame him out of the shot) was Bieber’s companion for the evening – Arizona native Auston Matthews.

Matthews got no mentions, no virtual high fives, no love at all.

ESPN is the NHL’s newest broadcast partner. The Toronto Maple Leafs are the league’s biggest draw. Matthews is the best player on the Leafs. And unless he is wearing shin pads, no one on the American sports scene – not even people who do this for a living – has any idea who Matthews is.

That sums up the last month for the Leafs.

Losing in seven was bad, but there’s a certain amount of honour in going down with the ship (even one you punched a hole in yourself).

Everything that’s happened since has been a series of grinding, low-key humiliations.

The Montreal Canadiens advancing to the Stanley Cup final on Thursday night is the latest, and worst, of them.

It’s not just that the Leafs had Montreal beaten. More than beaten. Some of the Canadiens must’ve showed up to Game 5 of that opening series with their golf clubs in the trunk.

It’s that they collapsed to a team that is their diametric opposite in terms of roster construction.

Montreal is built out from the back. That starts with a goalie who looks like he’s decided to get his hall-of-fame dissertation done this summer so that he can spend the fall boning up on the Olympics.

It extends outward from Carey Price to Montreal’s defencemen, all of whom can, you know, defend. These are guys who don’t look like a fire alarm is going off in their heads every time the puck crosses the blue line.

The Leafs are built from the front to the back, like male-pattern baldness. If the front disappears, the back doesn’t have a chance.

The Leafs like to talk about architecture, but their problem is construction. It isn’t necessarily a bad idea to pay half your cap to four forwards. Just like anything else, that can work, theoretically.

But it is a bad idea if those four forwards don’t all play to the size of their paycheques when the games matter.

Once it had all fallen apart again, the Leafs wanted to continue talking about design principles and faith. How many times have you heard someone in a Leafs anorak say the word “believe” in the past few years? What no one wants to talk about is building materials and maybe buying some new ones.

That would be out of the question. Not because the Leafs can’t trade any of the core. That is easily done.

But they can’t do it because they told everyone they wouldn’t. Doing it now would make them look like flakes (at best) and hysterics (at worst).

If they were to do it – just for the sake of argument – they would need a fresh face to front the effort. That would have to be some special sort of executive. A bold thinker, a ruthless pragmatist, someone who doesn’t fall in love with his own creations.

Man, wouldn’t it be great if the Leafs could get someone like, I dunno, Lou Lamoriello? Doesn’t he seem like the sort of guy who could give this organization the kiss of life, while also slapping a few egos around in the locker room?

That’s the other side of this vise. The Canadiens having a postseason for the ages is one thing. But then there’s Lamoriello, the Ghost of Regimes Past, hanging over Toronto.

The former Leafs GM was just named the league’s top executive for the second year running. No one’s ever done that before. As of this writing, his Islanders are a win away from meeting Montreal in the final.

A year ago, if someone had asked you to write a script to explain away the most humiliating playoff collapse in Leafs history, you could not have done better than what team president Brendan Shanahan came up with on the fly. It was a masterpiece of passive aggression. Essentially: ‘We’re sorry. We’re not changing. Deal with it.’

But the success of that media availability was partially dependent on what happened next. It assumed that a few things would fall the Leafs’ way.

That an exhausted Montreal team, having sapped their reserves overcoming the powerhouse Leafs, would roll over against the Winnipeg Jets. Montreal swept them.

That Lamoriello’s Islanders would show their true, wimpy colours against the team the Leafs wake up at night screaming the name of – the Bruins. New York put Boston to sleep in six.

That 20 years after his glory days, Lamoriello would not become the fair-haired boy of the hockey press again. He’s spent the past month having his ring kissed without having to go to the hassle of travelling anywhere.

That Matthews would have the sense to avoid cameras while the playoffs were still on. And if he couldn’t manage that, to comport himself like someone who matters, not some much more famous guy’s valet.

None of that happened. Since everything went wrong for the Leafs, everything else that could go wrong has also gone wrong. I fully expect a derelict satellite to fall through the roof of the Scotiabank Arena just as Montreal wins the Stanley Cup in triple overtime of Game 7 after Price scores the winning goal by banking the puck off a scoreboard.

In any other market, in any other sport, this series of events would result in either a mass firing, a total reorganization or a fan revolt. Maybe all three. But when it comes to Toronto and hockey, they think about these things differently. 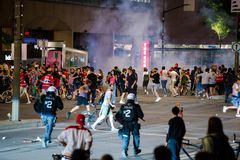 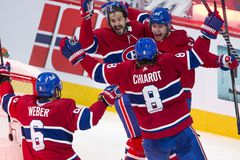 Opinion
Canadiens upset the odds to get within touching distance of Stanley Cup glory
June 23, 2021 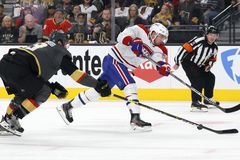