As Erik Karlsson came out of the visitors’ locker room on Wednesday morning, he would have seen the media throng awaiting him down the hall.

A San Jose public relations guy announced his imminent arrival, at which point Karlsson ducked down an adjacent hallway and escaped.

It’s hard to blame him.

You’d have to reach back to Mikhail Baryshnikov to find a foreigner who provoked so many “What’s it like being in Canada?” questions upon arrival here.

And the only emotional baggage Baryshnikov was carrying on that score was, you know, bringing the concentrated ire of the Soviet Union down on his own head.

Karlsson has bigger problems. He’s got a whole country feeling sorry for him.

As you will know, there is nothing more suffocating and insistent than a Canadian with a troubled conscience.

In recent years, it has become so much our international calling card that we ought to start an ad campaign around it: “Canada: Feeling bad about things we haven’t, can’t or won’t change since Confederation.”

With that in mind, Karlsson has morphed from one of the best players of his generation into human proof that no good deed goes unpunished.

He was done wrong in Ottawa – taken for granted; repeatedly stuck out in a storm to act as a lightning rod; effectively alone on the ice at the end, like a magician trying to do tricks with a few crash-test dummies for assistants; a lurid tabloid jawdropper as a capper; then punted out of town for nothing in return.

You could not think of a civic ambassador so shoddily treated anywhere in sports.

The Senators didn’t just squander his talent. Plenty of teams do that. Instead, they seemed to take a perverse pleasure in making him suffer for his loyalty.

No matter how incendiary, these things usually peter out quickly – one homecoming, a lot of nostalgia and then on to the next.

I suspect Karlsson’s won’t because it offends our collective sensibilities. We like to hold the game up as an avatar of national identity, and in this instance it didn’t show well on us. Canadian hockey pooched the sweetest guy in the NHL.

Karlsson made it worse by continuing to be so wretchedly nice throughout the whole mess.

He never said a cross word about the Ottawa organization. Once he was traded, he did a farewell news conference, on the verge of tears throughout.

“To the city of Ottawa, for taking me in and making it my forever home,” he said.

I mean, c’mon, this is some Frank Capra stuff.

Which is why everyone – even those with no connection to the capital – is so fixated now with how he’s doing in San Jose.

Fine, as it turns out.

Thus far this season, the Sharks are being sharkish – lurking quietly in the shallow waters of the West. Now fitted into the best defensive corps in hockey, Karlsson has in recent games begun distinguishing himself.

If he didn’t play alongside Joe Thornton, he’d be the NHL player most people would be delighted to see win a Stanley Cup. It’s possible more Senators fans would rather see that than their own team do well, in the short term at least.

Saturday’s Ottawa homecoming will be appointment viewing … up until they start the game.

One matter of curiosity is how Karlsson decides to handle it all. A different guy would be deeply tempted to stick the shiv in – not into the city, but the franchise. Karlsson has enormous power in this regard. A few hard words would be the coup de grâce.

One supposes he can only be graceful so many times, which is why he took a powder on Wednesday. San Jose coach Peter DeBoer took Karlsson’s therapeutic proxy instead.

“We talked about it a little bit,” DeBoer said. “You can’t hide from the fact that’s a big game and I think he’s handled it well.”

Well, Karlsson has hidden a little bit. He was pressed on it in Buffalo and, after attempting the old “no comment on the only thing you want to ask me,” was convinced to comment after all.

“It’s going to be different and weird,” Karlsson told reporters. “We’ll see what type of emotions there will be when the day comes.”

Karlsson will get his ovation and everyone else will get to trot out their “What ifs?”

What if Ottawa had built a team to last around their generational player? What if they hadn’t fallen over the second-to-last hurdle in 2017? What if this had all gone the way it probably should have? What would that mean for the franchise and the country it plays in?

In the end, nothing.

After doing a Vulcan mind meld with the Toronto Maple Leafs and switching personalities, Ottawa will stagger forth for the next while, simply existing.

If all goes to plan in Northern California, people outside Canada will eventually stop associating Karlsson with his former team.

He’s still just 28. A player with his silkiness and smarts might have another decade left in him.

So it’s conceivable there will be a time when no one remembers Karlsson at his lowest.

Even Karlsson will move on. He may have already. The ability to forget is a superpower of great athletes.

But up here, people won’t. They won’t forget in the same way they haven’t forgotten Peter Pocklington running Wayne Gretzky out of Edmonton, or how rough the league was with Maurice Richard.

You have your team, but everyone hates to see a legend treated shabbily. That’s bigger than allegiances.

Canadians keep track of the things that have gone wrong on their watch, especially as it pertains to hockey, and keep hold of them. That’s our national superpower. 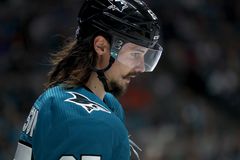 Is the Ottawa Senators relocation plan on the verge of collapse?
November 22, 2018 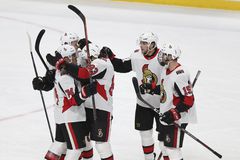 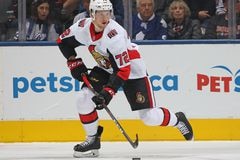