Even if you don’t follow boxing closely, you probably remember seeing Tyson Fury get up out of the grave to fight on.

That was three years ago, in Fury vs. Deontay Wilder Part 1. On Saturday, the two men completed their brutalist triptych. Fury won again in a match that featured five knockdowns.

Before this all started, you understood how the super-heavyweight division was meant to look – Anthony Joshua was cast as the superhero; Fury and Wilder would play Goon 1 and Goon 2.

Now Joshua is doing a slow fade while his former punching bags profit off the emblematic boxing rivalry of the 21st century.

It’s not down to the pugilistic qualities of either fighter. They are both more Buster Douglas than Mike Tyson – huge men shuffling around the ring, absorbing punishment, looking for one opening.

Neither is particularly compelling on camera, though Fury loves to talk. Neither comes off as cuddly, or has much crossover star potential.

What they have instead is something that’s become an unfashionable conversation topic in sports, but people still crave – they know how to suffer.

Fury might be the greatest sufferer in boxing history. Half the time you see him, he’s laid out on his back like a gigantic, paunchy turtle, trying to wriggle his way up to half staff.

It was Fury’s ability to suffer that made his first fight with Wilder a cultural event. In the 12th round, Wilder connected solidly with a combo. Fury was already going down when Wilder hit him with an in-swinging left hook directly on the chin.

Have you ever felt a little bit of the power of a professional fighter? I’ve stood behind a heavy bag while a former world middleweight champ warmed up on it. His slow, deliberate strokes were landing so solidly, I was coming up off the floor. It was – and I mean this in the dictionary sense of the word – an awesome experience.

I do not care to imagine being hit in the head by that man, much less by someone who, like Wilder, is twice his size.

So, no surprise that Fury was unconscious as he hit the mat. He was sprawled in a way that suggested he might not ever get up again. Wilder was already celebrating his knockout win.

Then Fury’s eyes popped open. With the referee counting an inch from his nose, Fury rolled over and got up.

When the ref asked him to walk to one side of the ring and back, Fury did so daintily, as though he were afraid of waking the whole house up. Then he fought on. It ended in a draw.

Wilder went into that match with a reputation as the most dangerous finisher in the sport. Fury hadn’t won, but he’d stolen Wilder’s mystique. The next two fights were Wilder’s failed attempt to recover it.

People who weren’t boxing fans connected with the elemental quality of the rivalry. In a world in which everything is slickly packaged, there was something grimy and blue collar about Wilder vs. Fury.

They didn’t like each other. That was pretty clear. But this wasn’t the usual boxing nonsense where two guys contrive a frothing hatred during the sales portion of the run-up, and then hug it out afterward and go yachting together.

This was real resentment. The sort that happens when you realize the other guy has something you need and all your options are zero sum. Only one name is going to ring out once this is over.

So, like Fury, Wilder also committed himself to suffering.

For Fury, that suffering was physical. He’s not exactly what you’d call “good bodied.” You watch him jiggling around the ring and worry this poor sap is going to be riding home on a stretcher. He seems to invite huge shots, hoping to dishearten his opponents.

For Wilder, the suffering was existential.

The second fight was advertised as his opportunity to finish the job. Instead, Fury annihilated him. Wilder’s corner threw in the towel, compounding the humiliation. The Next Big Thing was suddenly the New Big Thing’s l’il buddy.

Huge shocker here – Wilder didn’t handle that very well. He came up with all sorts of cornball excuses for why he’d lost. The best of them – that an elaborate cosplay knight outfit he’d worn into the ring was so heavy, it sapped his strength.

By Saturday, Fury didn’t have a lot to lose (except, possibly, his life). He’d improved his bluster game – “I might even take it slow with him. Punish him. Make him say no mas.” He seemed to be having fun with it.

By contrast, Wilder’s approach was now more tortured artist than preening star. Go figure. His professional raison d’être was on the line. Wilder talked up how much he’d changed in the nearly two years between the second and third fights. He explained this change in metaphors about being rebuilt.

As it turned out, not well enough. The third and final (?) encounter was another war of attrition.

Once again, Wilder looked like the winner before it started. His muscles have muscles. But the results of all that rope skipping were not apparent once they started swinging.

Momentum shifted back and forth until the roles reversed. Fury had beaten Wilder bloody, but could not put him down. The assaults became more frenzied. You felt for a moment that this time, finally, it might be Wilder’s chance to catch some luck and rise from the dead.

But in the 11th round, Fury turned Wilder around and came down on him with a terrific blow square on the temple.

He’s right, though not in the way he meant.

Wilder will presumably fight again, but his legacy is now inalterable. When he is remembered, it will be in tandem with Fury. His name will always come second.

And so the suffering continues. 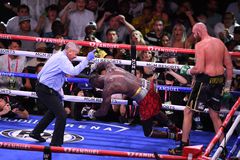 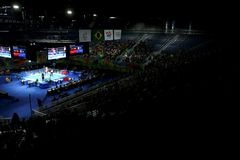 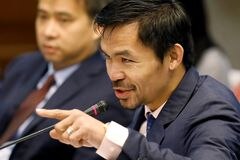