Whoever thought it was a bad idea to have professional golfers chest up to each other before a competition for a little G-rated battle rap and, knowing it would be terrible, did it anyway, congratulations. You were right.

Tiger Woods and Phil Mickelson did their best ahead of Friday’s contrived and riskless championship fight in Las Vegas. Since US$9-million – the winner-take-all purse – doesn’t sound like that much these days, the pair were forced to convince people that bragging rights after an exhibition showdown between friends means just as much as Augusta.

Mickelson was the Johnny Carson to Woods’s Ed McMahon, with all the old fogey-ness that suggests. Mickelson did the kibitzing. Woods sat there with a pained “How in God’s name did it come to this?” look on his face.

They dropped in a prop bet to goose interest – two-hundred grand on whether Mickelson birdies the first hole.

Mickelson said, “I’m going to hit a 2-iron in the fairway and I’m a great short-iron player. In fact, one of the best. In fact, No. 1 on the tour.”

Woods was still mumbling: “… if he hits his 2-iron hot, which he sometimes does, it’s slid right and it’s up against that tree and it’s blocked out and so you can’t spin the ball …” (Woods wasn’t mumbling Friday, when he pocketed the $200,000. Said Mickelson, “I didn’t see that happening.”)

It was like watching The Muppet Show’s Statler and Waldorf bicker after winning the lottery.

Later, the pair faced off, boxing-style, but could not stop giggling.

If you want to see more of this sort of thing – the pair will be mic’d up during play – it will cost you $19.99 for the pay-per-view stream. There will be no live audience.

A few things leaped to mind as you watched the preamble.

First, these two suddenly seem very old, especially if you are of an age to remember them when they were young.

Second, this whole thing is a ridiculous and cynical cash-grab. That goes without saying. But it’s your cash and if you would like it grabbed, who is anyone to tell you you’re wrong?

The third thing that occurred – and this was somewhat unwilling – is that it’s hard not to be charmed by the exercise.

It reminds us of something that has gone sadly missing in modern sports – watching people who are good at something do it for no better reason than to do it well.

Neither Woods nor Mickelson needs the money (a portion of which goes to charity) or notoriety. Though far nearer the end than the beginning, they are still the two most recognized golfers in the world. The bragging rights they keep talking about don’t mean anything when weighed against major titles, of which they have a few.

This is just two guys doing something for fun (and their sponsors, but nothing in this world is pure).

Like the rest of us, professional athletes are often at their best when no one is paying attention to them. Some of my favourite moments on the job have been watching the very best warm up. That’s when they are most themselves.

I remember in particular watching a then-young Cristiano Ronaldo fiddling around an hour before a World Cup match. He jogged along with the ball, cycling it between his feet, popping it up over his back shoulder and head, catching it on his toe when it fell, then repeating the process. He never stopped running. The ball never touched the ground.

You’ll never see him do it during a game. Someone would turn his leg the wrong way around.

In another instance, I watched Toronto Blue Jay pitcher A.J. Burnett throwing a side that consisted entirely of curve balls. No one else was on the field. I was walking by behind the catcher, hit the perfect viewing angle to see where the ball started (right at your head) and ended up (at your toes). I stood there until Burnett realized I wasn’t continuing on and began screaming at me to please move (or words to that effect).

It was mesmerizing. His movement was so easy. Because there was no strategy at play, no crowd boring its eyes into him, he was completely loose, just painting the plate.

One of the ironies of the monolithic professionalization of sports is that the athletes’ abilities seem less impressive because they can only be judged in contrast to each other. Maybe that’s why people are so taken by U.S. college basketball (a sport I cannot bear) – the one or two truly talented players stand out against the other eight or nine schlubs.

You think NFL players look fast on TV? Try watching them up close in practice when they aren’t expecting to be decapitated whenever they turn their backs. They are impossibly quick. They’re like a different species.

But since most of us only get to see them all running during the great jumble of a game, all being superhumanly fast together, the effect is deadened.

This is the difference between work and play. We say elite competitors ‘play’ a game, but they don’t really. They work it.

Before it all got serious and the money become ludicrous, you could still find the other sort of thing – some superstar barnstorming across the continent in the off-season, playing. But the people running leagues are about as likely to let Connor McDavid charge money to let people watch him run drills for kicks as they are to let him post a livestream from the bar after the game. They weren’t too hot about it back in Babe Ruth’s day, either.

More’s the pity. Woods versus Mickelson in ‘the Match’ (non-capitalization of ‘the’ very much on purpose) is an imperfect version of this, but it gets at the idea.

It’s great fun watching the best do it when it matters, but there’s something romantic and, these days, nostalgic about the idea of watching certain great artists just screwing around. 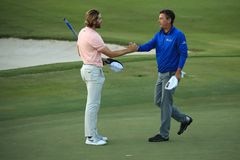 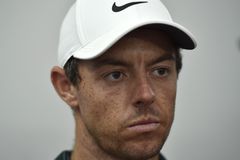