After an 867-day absence, the Toronto Arrows finally get to play at home Saturday.

The exhibition game against the Atlantic Selects at York Lions Stadium is part celebration, part scouting mission as Arrows director of rugby Chris Silverthorn checks out some young talent with many of his veteran players overseas or taking time off after international duty.

It’s also a chance for the Major League Rugby team to get its brand back in the spotlight after an extended absence.

The Arrows played the entire 2021 season out of Mariette, Ga., sharing facilities with Rugby ATL, due to pandemic-related travel restrictions. The 2020 season was cut short after five games, all on the road for the Arrows.

“It’s nice to be home. Getting back to normal life,” said Silverthorn.

The Arrows’ last match in Toronto was June 2, 2019, when Sam Malcolm’s 77th-minute drop goal gave the team a 22-20 win over Rugby United New York at Lamport Stadium, sealing a playoff berth in the club’s inaugural season.

Toronto has played 22 straight games on the road since, winning nine and losing 13.

Silverthorn and his squad spent 4½ months in a suburban Atlanta hotel this season. The Toronto squad was lean to start with, given the cost of moving operations, and had difficulty bringing in replacements because of travel restrictions.

Perhaps not surprisingly, Toronto (5-11-0) finished at the bottom of the six-team Eastern Conference.

The Arrows were grateful for the welcome they got south of the border but are happy to be back home.

“It’s a different world down there I think we really appreciate what we have here,” said Silverthorn.

“We survived it,” he added. “I was very proud of the guys for what they did. Putting 40 men in a Sheraton hotel – they’re all kind of alpha males – isn’t the greatest environment. But you know what, we got along and did what we had to do. The results were not there but we didn’t get embarrassed either. The guys competed.”

Saturday’s 23-man roster includes three players – forwards Mason Flesch and Siaki Vikilani, and fly half Will Kelly – who were part of Canada’s recent failed World Cup qualifying campaign. Nine other Canadian internationals, including captain Lucas Rumball and vice-captain Ben LeSage, have been given time off.

The roster features 12 players who were part of the Arrows senior team this year, along with five from the club’s senior academy. Hooker Sam Mace, Toronto’s third-round pick in the 2021 MLR collegiate draft, will also take part.

Young local talent is key to the Arrows, the lone Canadian team in MLR.

“We’re an organization that doesn’t want to necessarily rely on overseas players,” said Silverthorn. “But Canada has been very strict on COVID and there hasn’t been rugby for two years so we need to get this player engagement back and really get them focused on there is a future for several of them to play professional rugby in Canada.”

With 23rd-ranked Canada reduced to a spectator for the Rugby World Cup for the first time after qualifying losses to the 17th-ranked U.S. Eagles and No. 26 Chile took it out of contention for France 2023, developing talent takes on a new impetus.

“With the [recent international] results, the Arrows become even more important in Canadian rugby,” said Silverthorn. “Obviously the national team is the focal and the centre point and we need to be supportive of that.

“It is very disappointing for all of us. I think most of us are just gutted by it, to be fair. But we are playing catchup to other nations because we’re only three years into professional rugby whereas other countries are 10 [years] and plus. I think the Arrows are the key to getting this kind of going forward – and Canadian players in general playing in the MLR, getting that experience.”

Jobs will be on the line Saturday for players not yet part of the Arrows family. Silverthorn points to Andrew Norton, a Balmy Beach product who has played professionally in Portugal and Matt Fish, who just graduated from the University of Waterloo, as two of the players he will be watching closely.

The squad started training Sunday. The team will split up after Saturday’s game, assembling again in early December for a strength and conditioning stint. Training camp will officially open in early January.

Fans at Saturday’s game will be required to show proof of full vaccination upon entry. Proof of a negative COVID-19 test will not be accepted for admittance, except for those with a verified medical exemption. 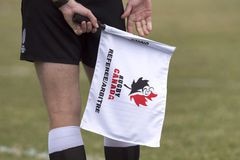 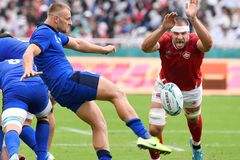