Toronto FC kicks off its 2021 season in deep water Wednesday, taking on Club Leon in Mexico in the first leg of their Scotiabank CONCACAF Champions League round-of-16 tie.

The timing of the tournament favours the in-season Mexicans, as does the altitude (1,815 metres) in Leon.

“It’s normal the first game of the season that nobody’s going to be at their best or their fittest or their sharpest. But that’s not an excuse,” Bradley said. “And nobody here is thinking about that in any way.

The Champions League is CONCACAF’s flagship club competition, with the winner advancing to the FIFA Club World Cup against other confederation champions. TFC and Leon, who have never met before, will play the second leg April 14 in the Orlando area.

Toronto general manager Ali Curtis, while wishing his team had more competitive games under its belt and was a little healthier, is looking forward to seeing the 2021 squad in action.

“If we can get everyone tactically on the same page, I think we’re going to have some strong performances,” he said. “We do have some injuries right now. So that’s unfortunate.”

Armas, as has been his wont since taking over in January from the departed Greg Vanney, declined to detail the walking wounded.

“We are confident in who we have here,” he said.

After a slow start that saw Leon win just two of its first 10 league matches (2-6-2) this year, the Mexican side has returned to form. Leon defeated Toluca 3-1 Sunday to extend its win streak to three and currently stands eighth in the standings at 5-6-2.

“Quite simply, they’re just a good team that has a good rhythm right now where they are at in their league,” Armas said. “When we talk about we’re at, we’re just getting started. But we do feel confident … that we can come here and throw a lot at them.”

Leon can be explosive. Last month, in a 2-1 loss to Club America, it took just five passes and 15 seconds from kickoff for Chilean forward Victor Davila to score.

Armas sees similarities with his own side, describing Leon as a technical, intelligent team that tries to overload opponents in the centre of the pitch while trying to create width. Armas has emphasized a pressing style, asking his team to attack with and without the ball and to play with pace.

“What I do think you’ll see is a team that is aggressive and plays with some intensity,” he said.

But he acknowledged his side will have to be smart about it, saying the Mexicans can present problems to teams that try to press them.

“They have players that can elude you and they can make you miss, essentially,” he said.

TFC’s goal will be to “put them in a tough game and take away time and space hat they like to have.”

It just hasn’t had much game time to put it into action. Toronto has played just two pre-season friendlies – defeating Columbus Crew SC 4-2 and USL side Fort Lauderdale CF 3-1.

“It’s going to be a challenge for us,” Curtis said. “But I feel confident that [with] all the moving uncertain variables, we’ve done the best that we can to prepare is for where we are today.”

Leon, managed by former Mexican international Ignacio (Nacho) Ambriz, will be looking to erase memories of the last Champions League when it was ousted 3-2 on aggregate by Los Angeles FC at the same stage.

In February, 2020, the Mexican side won 2-0 at home then lost 3-0 in Los Angeles with LAFC scoring goals in the 77th and 79th minutes to finish the comeback. LAFC went on to lose the final 2-1 to Tigres.

LAFC became just the second MLS team – out of eight attempts – to rally and win a Champions League series from a two-goal defeat in the first leg. Atlanta United was the first, recovering from a 3-1 deficit against Costa Rica’s Herediano in February, 2019.

The TFC-Leon winner will face either Mexico’s Cruz Azul or Haiti’s Arcahaie FC in the quarter-finals.

Toronto was to have faced off against CPL champion Forge FC in the Canadian Championship final to decide Canada’s entry in the Champions League. But pandemic-related restrictions delayed Forge’s return to training and the decision was made to give TFC the tournament berth and delay the Canadian final to later in the year, with the Hamilton side getting to host.

Forge still has yet to secure the necessary permission to train as a team.

Toronto landed in Leon on Monday and will leave Thursday. Curtis says the travelling party will get their COVID-19 vaccinations in Florida upon their return, with non-travelling players and staff slated to be vaccinated Tuesday.

Florida opened up vaccinations on Monday to everyone 18 and over.

WHERE: Estadio Leon, unofficially known as Nou Camp. It’s the same stadium where Canada lost 1-0 to France in its opening game of the 1986 World Cup.

TRACK RECORD: TFC is 4-7-4 against Mexican opposition with wins over Tigres UANL and Club America in the 2018 run to the CONCACAF Champions League final, where it lost to Guadalajara in a penalty shootout. 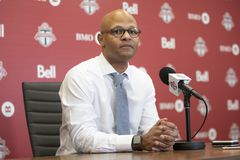 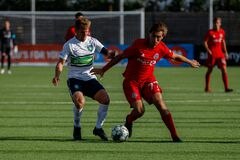 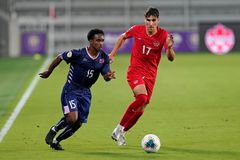