The Maple Leafs got Connored to death on Saturday in Edmonton, but came away with seven wins in their first 10 games. Nobody rightly could have expected better in a stretch that included four matchups with the Oilers, two each against Calgary and Ottawa, and one each with Montreal and Winnipeg.

The team returned home in the wee hours Sunday morning having won three of its four outings in Alberta, and holding down first place in the NHL’s seven-team all-Canadian North Division. The start shows how competitive the race will be for four playoff positions. Six of Toronto’s games were decided by one goal, including two in overtime, and four were decided by two goals. There was not a gimme in the whole bunch.

“I think they were all hard-fought games,” said Zach Hyman, the Maple Leafs forward. “At the end of the day we are at 7-2-1. That’s a pretty great start for us. We like where we are.”

Toronto won’t play again until Thursday, when the Vancouver Canucks visit Scotiabank Arena for the first of back-to-back games.

McDavid scored twice, including the winner in extra time, in Edmonton’s 4-3 victory in a Hockey Night In Canada skirmish at Rogers Place. His first goal was Connor-esque – and had tongues wagging on social media. While skating end to end, the Oilers captain spun around Hyman, faked out Justin Holl and Mitch Marner, blazed past Jake Muzzin and then beat Frederik Andersen with a backhand-to-forehand deke.

“You just have to isolate guys,” McDavid said afterward. What he had done barely raised his pulse. “There were four guys out there, but you can turn [each of them] into a one-on-one. You just try to be creative.”

With the exception – perhaps – of Colorado’s Nathan MacKinnon, there is no other player who regularly makes opponents appear so helpless.

“I think there are different things we could have done [on that play], but honestly it is one where you just shrug it off and say, ‘He’s a great player,’” Holl said.

The goals were the sixth and seventh of the season for McDavid, who has taken his customary spot atop the scoring race with 17 points.

Edmonton had lost three of its four previous games and eight of its past 10 against Toronto. The victory leaves the Oilers 2-2 against the Maple Leafs with five more meetings between them in this COVID-19 season shortened to 56 regular-season games.

Edmonton has won only four out of its first 10, but hopes to make up some ground this week when it plays four against the last-place Senators. The first was Sunday night at Rogers Place.

Stuart Skinner, a third-round draft pick of Edmonton in 2017, made his NHL debut in the net for Edmonton. The 22-year-old had played only 47 games in the AHL and played part of last season in the East Coast Hockey League. Up until then, Edmonton starter Mikko Koskinen, who hadn’t missed a start all season, was the lone netminder in the league to play every minute.

“I am dissatisfied with where we sit,” McDavid said, adding that a record of 4-6 “is not good enough. [Sunday night] is massive for us. Ottawa has been sitting a couple of days and resting. In a season like this, that’s a huge weapon.”

Toronto has collected 15 out of a possible 20 points thus far, which is impressive considering its schedule. It has never done better than 3-1 on any road trip against the Flames and Oilers.

Auston Matthews has scored in four successive games. Mitch Marner collected another assist on Saturday and has 14 points. Andersen suffered a rare loss to Edmonton – he is 14-2-1 against the Oilers in his career – but has been stead if unspectacular so far.

“I think it was a pretty positive road trip for us to win three of four,” Matthews said. “It is tough to [beat a team] like Edmonton back-to-back. We have had a shotgun start, but now we have a chance to take a couple of days off and re-energize.”

The season is nearly 20-per-cent over already and Toronto has done as well as can be expected. Montreal has had a strong start and sits in second. Vancouver and Calgary both won on Saturday to tighten up the standing. It will get tighter even still as teams play more games. Calgary has played only seven, Winnipeg 11.

It is time for a breather, and then to get going again.

“We have a pretty good sense of where we are,” said Sheldon Keefe, the Maple Leafs coach.

Claude Julien ‘extremely fortunate’ to be back behind the Canadiens bench after health scare
January 30, 2021 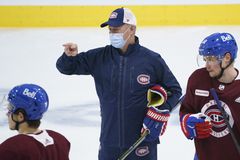 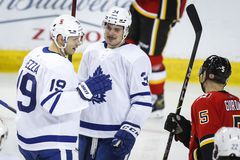 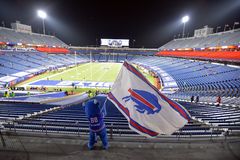